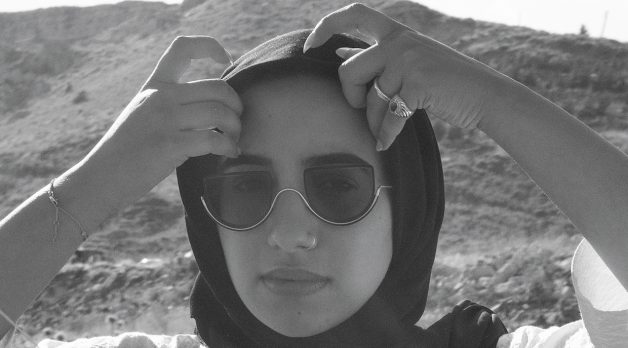 Screened as a half-hour sample cut, Jude Chehab’s forthcoming first feature Q delves into her family’s personal history. Growing up in Beirut from ages 10 to 18, Chehab was, like her mother, part of “the Qubaysiat, the regime-loving Sufis turned cult.” Acting as her own shooter, Chehab mixes family archival with footage of her mother and father coming to terms with their withdrawal from the group. A steadily trained, largely unmoving camera gaze captures backyard family dinners and interviews with her parents and maternal grandmother—sometimes painful confrontations. The result is meditative vérité, with each carefully thought-through cut within and out of scenes landing with rare impact.

What’s not in the film is as important as what is: “A lot of info that people want from the film—’Why is she out? What did they do to her?’—is not answered in a typical format,” Chehab notes. “A lot of the pushback is, ’You need to explain where we are, the dynamics of the group.’ The more info you have on the group, the less you understand! I get the question all the time, ’What’s the entry point for the Western audience?’ The entry point is the heart. We all know what control looks like; we all experience that. Not everything has to be this very clear line that goes from A to B.”

Born in Rochester, New York, before moving to Tallahassee, Florida, at an early age, Chehab recalls being told by her mother, “’You’re an Arab, you’re a Muslim, you’re a woman. You have a lot to be angry about, so do something about it.’ I put all that energy into film.” Her family moved to Beirut when she was 10, and Chehab says she first picked up a camera around age 15, making nonfiction shorts like Behind the Tents, “about kids that pick potatoes and the community that was around me.” By age 15, Chehab had also already attended her first, youth-oriented film festivals, which helped her get into film school at the University of Tampa. Having grown up loving the films of Tunisian filmmaker Nacer Khemir and Iranian filmmakers such as Majid Majidi and Mohsen Makhmalbaf, it was a thrill for Chehab to spend part of her senior year at a workshop conducted by Abbas Kiarostami (“my favorite filmmaker”) in Cuba.

After graduation, Chehab took on a variety of freelance DP and editing projects on commercials and friends’ nonfiction work, but, she laughs, “All these projects were delayed or still haven’t come out!” She started thinking about returning to directing when she was accepted into the year-long NeXt Doc fellowship, which she initially entered with the intent of developing a feature tracking down her Tents subjects in the present. But Q emerged as her first feature in part because enough time had passed for both Chehab and her mother to have distance from their experience: “I grew up in the group, so it was always at the back of my mind,” she recalls. “With projects like this, you always want to put them off because they’re personal and challenging. You don’t want to dig all that out. My mom said, ’I’ll get you X members of the group. You can interview them, but don’t interview me. I don’t want to be part of this.’ But, slowly but surely, she realized the responsibility and importance of making the film.”

Chehab finished shooting in March of this year and is currently editing with her husband, Fahd Ahmed, with the goal of a 2022 premiere. “I’m close to the material,” she says, “but we haven’t been married long, so he’s not as close but still picks up on all the nuances in my head.” While presenting the film for funding (financing includes support from, among others, Sundance Institute, ITVS and Points North Institute), Chehab has found herself frustrated by comparison points with nonfiction works that present “a simplified understanding of what it means to be Muslim, focusing on how people can relate to us: ’Hey, I wear hijab, but I skateboard too. I’m just like you.’ In this film, all of that isn’t of importance. If we think of documentaries that have been coming out of the region lately, it is mostly refugee films, films where we are the victims. In my mind, the Muslim experience, life and vision is so rich, and this is what I want to capture and transfer from my mind to screen. We are magnificent, colorful and nuanced people—it would be a shame for the world to not experience it.”— VR