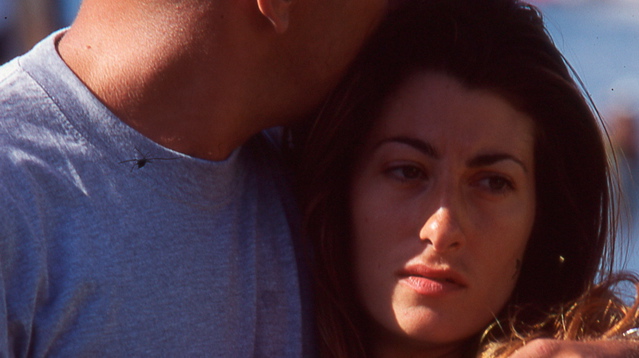 It’s easy to get a bad rap in New York. It’s a town that holds grudges, where easy assumptions die hard and critical whispers ricochet from person to person. For a long time it was difficult for the Tribeca Film Festival to escape the stigma of its early years, when it remained spiritually connected to the aftermath of 9/11 and its original purpose while not having yet evolved into a truly satisfying event. Back then it was brash, unwieldy and overlong, its ambitions outstripping necessity and good taste. These qualities often overshadowed what it did well, and even as the festival has changed the reputation it earned in the early aughts has not entirely dissipated.

Tribeca, however, has been much better than that for some time now. If you’re reading the stringers who cover the Tribeca Film Festival for the big news dailies and alt weeklies of Gotham, you’d think it was a rather recent transition, but the festival actually started to improve in 2007, when it gradually began to find an equilibrium if not an identity.

While big auteurs were often here in the past with the local premiere of a major work or a world premiere of a more minor effort, for some time the broader indie community just wasn’t buying. Now, having arrived at its healthiest point from a curatorial standpoint in its 12-year history, the 2013 edition felt comfortable opening not with Mission Impossible 3 or United 93 but a doc about the Cincy-bred, coastal-famous indie band The National. Hip twenty-something indie auteurs who used to scoff at the idea of playing Tribeca while on the Croisette or in the saloons of west Brooklyn now happily present thoughtful documentaries at the festival, which has provided a steady stream of them since its earliest years. And while major critics still sneer in confidence at cocktail parties that they should just go ahead and call it the Tribeca Documentary Festival, I’d counter that the narrative programming in the second year of artistic director Frederic Boyer’s tenure continues to provide a steady diet of underseen North American premieres by new international filmmakers and fewer starfucking clunkers than ever before.

Typical of the type of programming one finds in this era at the festival is promising newcomer Daniel Patrick Carbone’s Hide Your Smiling Faces. Well received in Berlin, it’s a sumptuously shot meditation on the difficulties faced by a couple of rural New Jersey teenage brothers following the untimely death of a friend. Studiously withholding information within its delicately designed frames — as well as within the super spare writing — it artfully but perhaps somewhat tediously denies the audience pleasure within its narrative, if not its aesthetic. Its rather chilly style is somewhat reminiscent of Alastair Banks Griffin’s Two Gates of Sleep, with the unbridled emotion of the eldest of the brother’s angst providing a powerful counterpoint to the ethereal filmmaking. It’s hard not to feel that the outright rage displayed toward the deceased’s father by the eldest boy ends up being a somewhat under-motivated force pushing these mostly appealing, although never psychologically complicated boys toward violence. Nonetheless, this debut film boasts a gallery of fine technical credits and feel for temp morts-fueled, mise en scene-first modernist filmmaking that suggests it will have a long and healthy life on the festival circuit. 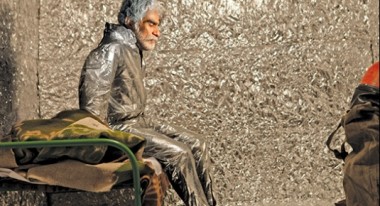 Another, more extreme entry in the “long takes are good for you, please eat your Bazinian cereal for breakfast” sweepstakes is Vahid Vakilifar’s austere-to-the-max, batshit crazy and astoundingly weird, 78-shot (I wasn’t the only person counting) Taboor. A follow up to his tragically underseen feature debut Gesher, which told the story of men who live in pipes in an Iranian oil field, this dystopian sci-fi film set in Tehran was an award winner in Marrakech last year after bowing in Toronto. It is a nearly wordless tale of a man who lives in a one-room trailer in the hills above Tehran and wears a foil jumpsuit to shield him from a mysterious rise in temperature caused by electromagnetic waves that are slowly cooking his insides. Apparently making a living by spraying underground pipes with a mysterious chemical, the hero is like something out of a Bresson film — all process, zero personality. That he seems to have zero hope to outlast his affliction, save a wordless midget who strips him naked from the waist up, puts a bucket over his head and shoots him repeatedly with a BB gun, doesn’t necessarily make the proceedings dour; Taboor is rife with humor, despite its existential concerns, and announces Vakilifar, a director who shoots in stripped-down, standard-def DV and composes ironic but weirdly soulful, Bazin-ian moments out of the minutiae of modern Persian life, as one of international cinema’s most exciting new talents.

Equally uncompromising is Jessica Oreck’s lovely vérité doc Aatsinki: The Story of Arctic Cowboys, which takes an unadorned, soulful look at a year in the lives of a pair of brothers who are among a collective of reindeer herders in rural Finland. While not quite as strange and otherworldly as the director’s previous doc success, Beetle Queen Conquers Tokyo, Oreck’s new film is bloody and uncompromising, showcasing the reindeer’s grim slaughter (some seriously re-recorded and delicately mixed and designed sound certainly helps) while retaining a kindness and buoyancy when filming the downtime and family lives of this community of herders. Despite the rather free flowing, consequence-free unfolding of the moments and focusing on the processes that structure these people’s lives, Oreck doesn’t pile on the lyrical moments for their own sake. You sense a real empathy from Oreck, who frames and observes her obscure subjects in a way that subtly aestheticizes them. With a tremendous visual sense and a feel for the grinding rhythms of these lives, the movie isn’t quite as harrowing a direct account of the roiling physical labor that goes into certain kinds of food production as, say, Lucien Castaing-Taylor’s films, but it’s close.

Newcomer Sean Dunne’s Oxyana is a poignant and often difficult-to-watch portrait of the devastation Oxycontin has wrought in certain swaths of Appalachia. Dunne oscillates between lyrical montages of life in Oceana, West Virginia, and interviews with locals whose lives have been personally and irrevocably destroyed by the nearly 20-year reign of this designer depressant. While one man’s father shot and killed himself, the man’s mother and his brother in an Oxy-fueled dispute, another uses the drug on camera as the only means to alleviate the pain for a brain tumor that has or surely will lead to his death. No life in this town, now nicknamed the film’s title, has been untouched by Oxycotin abuse or the violence which inevitably leads from its place in a black market the police and legal establishment feel helplessly overmatched by. The film provides no quarter and leaves no place to hide, although its structure is more schematic than it probably needs to be. A touch if not a full embrace of Harmony Korine’s lightness and nihilism might render the effect more sublime and less apocalyptic.

ESPN has long had a fabulous sports film festival sidebar that’s grown as the festival has. It’s not quite as strong as it’s been in years past, even as the festival’s partner has a new host of 30 for 30 titles to unfurl. Four of the films in the section are part of the Good Morning America host and ex-ESPN anchor Robin Roberts’ “Nine for IX” series, a group of nine TV docs by prominent female filmmakers commemorating the 40th anniversary of the 1973 education bill, Title IX, which required universities to fund women’s sports. Jennifer Arnold, Ricki Stern, Annie Sundberg and Ava DuVernay are among the many directors participating, but will the films be able to transcend the limits of their TV doc origins? I can’t say so for Pat XO, an occasionally moving but formally ho-hum talking heads and archival footage-dominated portrait of Pat Summitt, the legendary Tenneessee women’s basketball coach, who has been stricken with early-onset Alzheimer’s, or Stern and Sundberg’s Let Them Wear Towels, the story of SI reporter Melissa Ludtke’s very public fight to have access as a female beat reporter to generally all-male pro sports locker rooms. Neither transcend their TV origins. But Alison Ellwood’s No Limits, about the late championship free diver Audrey Mestre, is another matter, managing to become a fleet and riveting true-crime speculation.

Mestre, the protege and lover of Pepin Ferreras, a flamboyant Cuban who was the sport’s most prominent star before her own emergence, died during a 2002 dive in which she attempted a world record free dive of nearly 200 meters under the sea, where she was trapped because of an air balloon which had gone mysterious unfilled. Ferraras was in charge of the safety on the dive and the film, which includes harrowing underwater footage of the tragic dive and interviews with all the other major players in the event, save Ferraras, doesn’t dismiss the idea that he may have: a) wanted to kill her or b) wanted to save her and simultaneously recapture his own prominence by racing to the bottom of the ocean on one breath. That the deceased was a remarkably beautiful and complicated young woman, a scoliosis sufferer since her earliest days, surely led to James Cameron’s still unfulfilled interest in making a narrative film about the star-crossed duo.