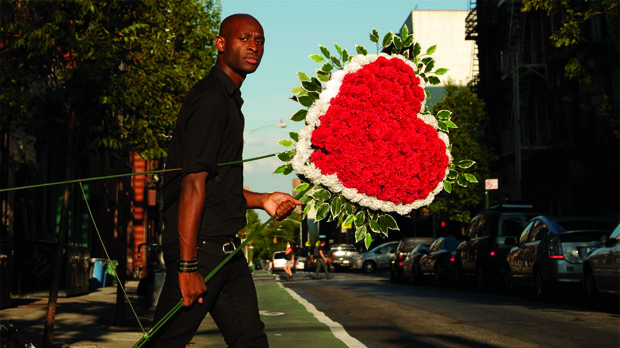 Writer-director Julius Onah describes his debut feature, The Girl Is In Trouble, shooting this summer on the streets of New York City, as a film that takes “the various archetypes of film noir and marries them to the diversity of the Lower East Side.” There’s a European femme fatale, a downtown denizen in over his head, a murder victim, a few thugs and, of course, a setting steeped in the history of Gotham’s immigrant culture. Explaining the appeal of his setting, Onah, who was born in Nigeria and grew up in the Philippines and Arlington, Va., says, “The Lower East Side was a meeting point for freed African-American slaves and the destination for German immigrants, Dominican immigrants and many others. I’m from an immigrant family myself and am attracted in all my work to stories that will resonate internationally, in different cultures.”

In addition to having researched the history of the Lower East Side — recalling the work of Richard Price, Onah’s script weaves bits of that history throughout its narrative — Onah knows the neighborhood firsthand because he lives there and has worked in its club scene. Quite organically, then, he has given his project a transmedia element. “I have a lot of friends who d.j. and promote [parties],” he says. “I’ve written some of these real people, like Nicky Digital, into the movie and made them part of the story. They’ll run little bits of viral footage on their photo blogs. On top of that, the film is told in 10 chapters — I liken it to a music album. Each chapter is a song, its own experience. We may leak one of our chapters [online as a promotion].”

Of course, those 10 10-minute chapters are the perfect length for other forms of distribution, as the Wesleyan University theater-program graduate is well aware. His previous films include shorts shot on and for mobile phones, like Goodbye Chicken, Farewell Goat, which premiered this summer at the Los Angeles Film Festival. Other shorts include The Boundary, a border-crossing thriller selected by Amnesty International as one of its “Movies that Matter,” and the Berlin-premiering doc short Szmolinsky.

Among his many jobs and positions — Onah has done everything from the Tribeca All Access program to the Berlin Talent Campus to the obligatory gig at Kim’s Video — interned with Spike Lee, who has since come on board The Girl Is In Trouble as an executive producer. Onah, who is still attending the Graduate Film Program at NYU (The Girl Is In Trouble is actually his thesis film), developed the script in weekly meetings with Lee, who is a professor there. “But it wasn’t until I could articulate to him how I could make the film on not just a creative level but a technical and production one that he came on board,” Onah says. Lee’s name helped raise finance and attract cast, Onah says, “but mostly it was just a lot of hunger. People responded to the script and my shorts, which reflect my ability to tell a story with any number of resources, from a 35mm rig to a cell phone.” — S.M.