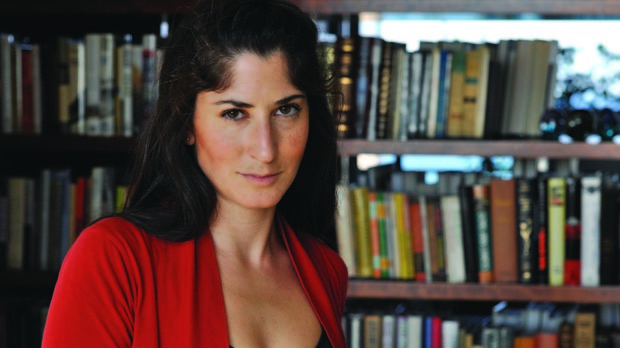 Early on in Rebecca Richman Cohen’s career in film she worked in the edit suites of Michael Moore’s Fahrenheit 911 as an assistant editor. But when the movie was over, rather than pursue film through further editorial work, she decided to go to law school. “I was ready to sink my teeth into something concrete,” she says. “Going to Harvard Law School was a tough decision because I loved film. But I felt that the law would ground me in social issues and add something substantive if I decided to return to film.” While in law school she worked one summer with public defenders in the Bronx. “I got pretty radicalized about public defense,” she says. “You have to find empathy for someone in a difficult situation who may have made bad choices. You have to understand their circumstances and see the flaws in a system that requires [public defenders] to act as advocates for them. I wondered if that same philosophy would hold true on the international level.”

Cohen got her chance to explore international law the following summer when she worked as a legal intern at the Special Court for Sierra Leone, “the world’s first international war crimes ‘hybrid tribunal’ created jointly by the United Nations and the government of Sierra Leone.” She witnessed the trial of Issa Sesay, a rebel leader accused, among other charges, of allowing his men to rape, conscript underage youth as fighters and amputate the limbs of civilians during the country’s civil war. This trial became the basis for Cohen’s extraordinary debut documentary feature, War Don Don (translated, “War Is Over”). “It’s my retelling of my summer vacation,” Cohen jokes. And while Cohen got to know Sesay’s defense team quite well during her summer in Sierra Leone, the finished film looks at this complex subject from multiple angles and with extraordinary intelligence and nuance. In addition to the courtroom drama, it explores larger questions relating to the attempt to use Western judicial institutions in order to heal the trauma of an African country and build the bedrock of a future functioning civil society.

To help make War Don Don, Cohen, who was born in Evanston, Ill., and now lives in Brooklyn, turned to her colleagues from Fahrenheit 911. The film is masterfully shot, largely by Nadia Hallgren, and brilliantly edited by Francisco Bello. “We were all the underlings on Fahrenheit 911, we all came up together, and we were all up for an adventure,” she says. During postproduction, Cohen honed her edit by soliciting feedback from human-rights organizations. After receiving initial “scathing feedback,” she went back to work, trying “to find the fine balance where you can see that there are flaws in the legal process without making a film that exculpates a war criminal of his responsibility.”

The result has been a film that has been racking up awards on the documentary circuit — a Special Jury award at SXSW, the Cinereach Award at the Human Rights Watch festival, and the Karen Schmeer Award for Documentary Editing at IFF Boston — as well as praise from its subjects, including the prosecution, Issa’s family and viewers in Sierra Leone. It will be broadcast on HBO September 29.

Next for Cohen is another documentary dealing with the law. “I’m still trying to justify the three years I spent in law school,” Cohen says. “I didn’t take the bar, but I’ve decided my films will be law-based. I think War Don Don had incredible characters, but the [movie] was driven by [the story of] an institution. For the next one, which will also be about the gray areas of the law, I’m going to find something a little more character-focused.” — S.M.