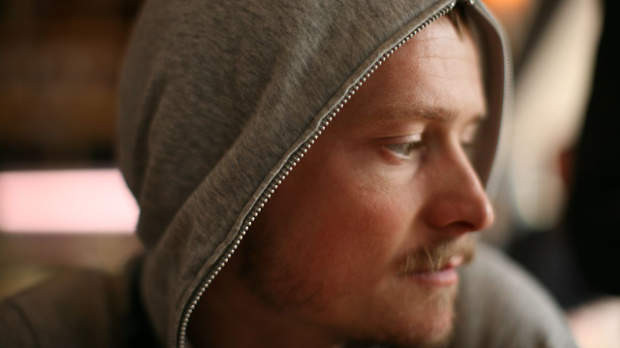 “I started out as a child actor,” says Kasper Tuxen, the Danish d.p., who has in the space of a year become sought after by American independent directors looking for adventurous cinematic collaborators. “I was 13; I had a lead role in a Danish film, but from the first day of the shoot I was interested in cinematography.” When he got older Tuxen thought about becoming a rock musician but enrolled in the Danish Film School in Copenhagen instead. “It was a very technical education,” Tuxen says. “For four years it was all about film and exposure.”

After film school, Tuxen says, “it was hard to break into narrative. I only got one feature film in five years.” So he started to shoot music videos for director Martin de Thurah and bands like Fever Ray and Röyksopp. As can be seen on his reel (lspagency.net/dp-folder/tuxen.html), these are some of the most gorgeous clips around, dreamy and painterly and with textures far away from standard-issue American music videos. Not surprisingly, Tuxen’s other major work during this period was in the art world as a d.p. for 17 of Danish artist Jesper Just’s pieces.

Tuxen, now based in New York, credits agent Rebecca Fayyad of Sheldon Prosnit Agency for bringing him to the States. “She called me and started the dream way earlier than I thought I could have it. It took me two years to believe her [that I could get work in the States].” The film that finally lured Tuxen here was Eric Mendelsohn’s Sundance Dramatic Competition film, 3 Backyards, in which the d.p. visually reimagined the suburban ensemble drama. Wrote the Sundance programmers, “With its unconventional visual style, 3 Backyards looks and feels like a film from another time — possibly the past or the near future.” Three more features quickly followed, including Mike Mills’s follow-up to Thumbsucker, Beginners and M. Blash’s second feature, The Wait.

Tuxen, who cites fellow d.p.s Harris Savides, Anthony Dod Mantle and Nestor Almendros as inspirations, says that he’ll often start to think of still photography when first contemplating a scene. “I’ll think, if we only had one setup for a scene, one shot, what would that photograph be? It might be a close-up, or you might shoot it from half a mile away. I also like to work with natural light. I’ll watch how the light behaves in a room during the day, and then later remember it and maybe add a little more light on top.” Although Tuxen has shot film for much of his music video and commercial work, his features have all been on HD video (mostly the RED), and that’s okay. “The lightness of the camera, the possibility of long takes….” he muses. “I truly love handheld, and I like to operate and pull focus myself. I’ll shoot a close-up with a 35mm lens so I’m as close to the actors as you would be in a conversation with a close friend.” It’s the ability to achieve that sense of intimacy that keeps Tuxen committed to independent film. “It’s hard to have that intimacy with a big crew. [On larger films] the creativity has to be in preproduction. I like to respond to a scene when it’s happening.” — S.M.