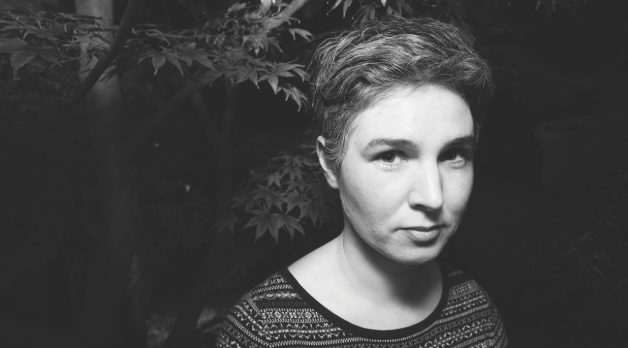 “Growing up in a family of mostly Southern preachers, teachers and complex family characters magnetized me to oral storytelling, rhetoric, repression and performance,” filmmaker Melika Bass says of her lush, sometimes obstinate, and beautiful body of work. Her mysterious, tactile short films reflect 20 years living in Chicago as well an upbringing in Asheville, North Carolina, and Richmond, Virginia. “My family’s bookish, humanist, quasi-Calvinist scrappiness somehow led to my love of abstract melodramas and dark atmospherics. Maybe Southern Gothic is a real thing,” she says.

Bass, who is an assistant professor in the School of The Art Institute of Chicago’s Department of Film, Video, New Media, and Animation, says her films seek to capture “a layer of dark history underneath something very everyday. ” As reference points, she cites Southern forebears like writers William Faulkner, Flannery O’Connor and Carson McCullers and photographer Sally Mann. Bass’s earlier period works, like Waking Things and Songs From The Shed, are located in what she calls “Americana zones” that are “out of time,” while her two latest long-form productions, Creature Companion and The Latest Sun is Sinking Fast, are “firmly planted in contemporary America, with cell phones, cars and other surprises.”

Bass builds her works in small increments. “My day job is teaching filmmaking, and funding is always challenging, so I thought, given my time and financial constraints, I’ll embrace the challenges, making something in the summer with small budgets, recurring characters. Then, we can build something long and complex over time. I’ve been making medium-length and short films for 15 years and wanted to sink my teeth into a long film project.”

While the trajectory of all the work is to screen in theaters, Bass shows self-contained pieces of the works in art spaces and in stage works. “Though things are designed differently for these two worlds and their built-in expectations, the films play with narrative in immersive and fragmented ways and invite the viewer into the jagged spaces of the tales, to float associations and dream,” Bass says.

Performance is key to Bass’s work. Augmenting her slow-build, simmering imagery in films such as Varðeldur, her extended video for Sigur Rós, Bass places actors in historical and seemingly mundane modern settings, then unleashes them to become fictional versions of themselves in these real spaces. In Creature Companion, characters go through routines of repeated gestures and actions in a small-town ranch home. The effect of dance-like gestures placed in spaces for living and dreaming becomes hypnotic: Hijacked domestic spaces are interrupted by gestures that reveal the interior lives of women in sickness and health. (Some physical actions appear to be modest repetition compulsion; others hold the haunting weight of Martha Graham–style gesture making.) In The Latest Sun is Sinking Fast, Bass works again with her regular performers and technical crew as a female outsider arrives in a small town to challenge two “solitary rogue ministers.” Six years in the making, and reflecting the natural aging of the actors, Latest Sun plays with radical autofiction in mingling her three fictional lost souls with shreds of her own family’s religious history. “I grew up in a family of many pastors and picked performers with their own unique religious family histories, “ Bass says. “So, Latest Sun rolls out an epic landscape of how faith and family and habit and longing collide.” — RP