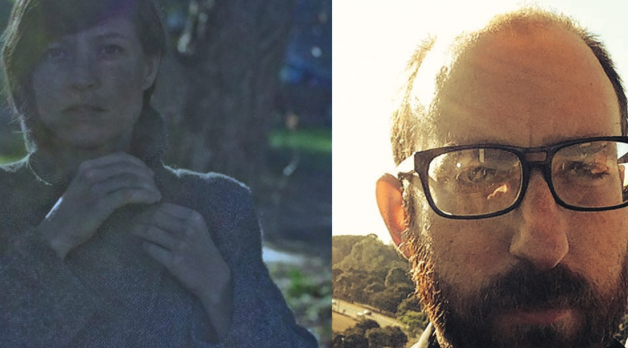 Chicago-based filmmakers Yoni Goldstein and Meredith Zielke are on a journey into the factual and fictionional space age past in their jam-packed, wildly adventurous hybrid documentary, A Machine to Live In, which they describe as “a video poem to the utopian imagination.”

Their feature shuffles multiple stories that geolocate around visions and achievements of Brasília, that hallucinatory landscape of a national capital carved from the jungles of Brazil. The film takes “a highly mediatized, cinematographic approach for observing the way people live in, talk about and navigate space,” codirector Zielke says. Shot in widescreen 4K RED RAW with an eye toward a 1960s and ‘70s sci-fi aesthetic, the footage mingles old and new cinematic technologies, including gimbals, drones, helicopters, hot air balloons, 3D LIDAR scanning and geospatial mapping. “The camera perspective will mechanically rotate, spin and float among the architecture as if it were itself an alien craft—or perhaps— the mind’s eye of the architect.”

Building a “cosmology of signs,” Zielke says, “fragments of literary and historical texts work their way into interviews, fictive tableaux featuring temporary architectural sculptures situate themselves in ‘real’ scenes, and historical encounters are enacted by participants in the film. Voiceovers are doubled to reveal multiple identities, and captions are manipulated to reveal multiple perspectives. These devices come together to flesh out five characters, or witnesses,” that serve as chapter markers.

Zielke says the film also reflects today’s megacities, partially from her perspective as a fourth-generation Detroit native and Goldstein hailing from Netanya, in north-central Israel, another modernist, midcentury city. “On some level, these monuments are nothing more than incarnations—of the dreams and nightmares of their makers,” she says. “We suggest that architectural artifacts may encapsulate something more interesting and more difficult to articulate without a mythopoetic language. This is about finding that language not just in the imagination but in the enactment of utopia. As artists, we feel a calling to unmoor, to unfix these monuments from the suspension of disbelief with which they tempt us. To believe them and not believe them when they claim to represent something as large and messy as the creation of a nation before our very eyes.”

The vision of the film itself remains in flux, as the filmmakers ask themselves in the editing room, “What does documentary owe? What are implicit contracts that the viewer makes with the maker? How do you develop trust with your audience in hybrid filmmaking? How does chance and happenstance factor into documentary filmmaking? What kinds of collaboration happen between you and the landscape? Between you and participants? What is a documentary?” Selected for the 2018 IFP Documentary Lab, A Machine to Live In will continue to pose those questions at this Fall’s IFP Week and on the film’s road to completion. — RP