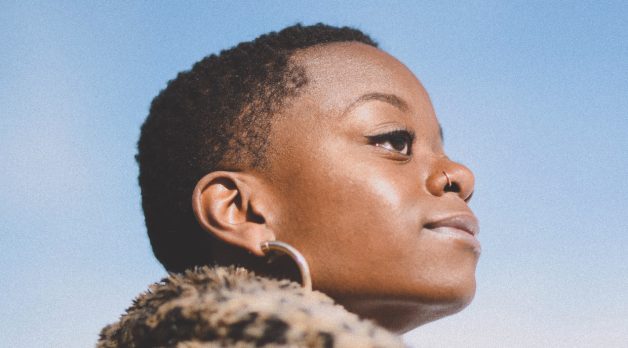 Crystal Kayiza’s short film Edgecombe, which premiered at this year’s BAMcinemaFest, is a tripartite portrait of North Carolina’s Edgecombe County. The title cards slowly expand the film’s reach, from “House” to “Homestead” and, finally, “Community.” The house is where Shaka, a young black man sits and kills time—on probation, his only trips outside to work a job at Applebee’s. The systemic implications teased out in his voiceover set a grim stage, but Edgecombe moves outward into larger spaces; the end reframes the county, ending on a note of community and solidarity.

Kayiza grew up in Jenks, a suburb of Tulsa, Oklahoma. She made her first short, All That Remains, a portrait of a small Oklahoma town through the perspective of its black residents, when she was still in high school, enrolled in a documentary film program that, she says, “pretty much set up what my trajectory was in college.” At Ithaca College, Kayiza enrolled in the documentary studies and production programs. “What was really great about that program is, it requires you to have a minor,” she says. “I knew I was specifically interested in stories within and about the African diaspora,” so she pursued a minor in that as well as in women’s studies. After college, she worked for the ACLU, focusing first on the racial justice program before transitioning to a focus on policy and advocacy work.

Edgecombe grew out of her time at the ACLU, where Kayiza “spent a lot of time focusing on the criminalization of poverty,” she says. “The intersection of economic and racial inequality very well articulates how racism in the United States is intergenerational. I connected with a former public defender who worked at the ACLU in North Carolina about my interests to see if she had any spaces in mind.” The defender directed her to Edgecombe. Kayiza went down for several shoots, after first spending an extensive amount of time getting to know the community by herself.

For the short’s strong sense of widescreen composition and formal elegance, Kayiza cites Arthur Jafa and RaMell Ross as reference points. As for its unhurried pace: “We were super patient with every take. We didn’t rush anyone into saying anything or doing anything that didn’t make sense to them. Black stories are often told as these things that aren’t quiet and patient; they become this drama of black life in rural communities. That wasn’t something I was interested in pursuing.”

Currently, Kayiza (who left the ACLU last summer) is working as a production coordinator for the Rada Film Group, a Brooklyn-based documentary production house with a focus on telling the stories of communities of color. Her next project, See You Next Time, will focus on “the relationship between East Asian women and black women. A lot of the spaces where we saw these relationships happen were nail salons.” Kayiza will focus on the relationship between a Chinese nail technician and her black client. “It’s separate interviews,” she says, “but it’s meant to be a dialogue about things that go unsaid between them.” — VR/Photo: Andrea Gutierrez for Adobe