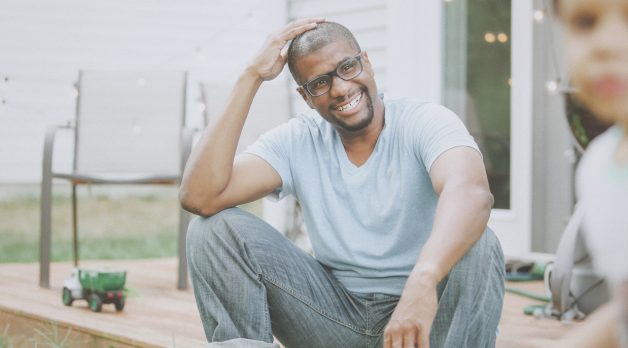 Making movies never crossed Kamau Bilal’s mind growing up in Columbia, Missouri. He went to Webster University in nearby St. Louis because he enjoyed learning editing during radio and TV classes, but “NYU and the big film schools weren’t even on my radar because I didn’t think this was something I was going to be doing.” Bilal applied for Webster’s film program but didn’t get in owing to his lack of a portfolio, so he went into the video production program. Viewings of 8 1/2 and the Czech classic The Cremator were formative, but so was a visit from a freelance crew member who spoke about stitching together a living. Bilal’s reaction to his talk? “I was like, ‘If you’re talking about making films, what does making commercials have to do with that?’” Bilal found out when he graduated and “fell into a hole of commercial work,” a spot he’s climbed out of with his current gig as a professor at the University of Missouri.

His first two shorts (one codirected with True/False cofounder David Wilson), which Bilal describes as “documentary-ish,” paved the way for his ambitious short Baby Brother, which premiered at this year’s Sundance Film Festival and can be seen online at New York Times Op-Docs. The titular subject is Bilal’s younger sibling Ismaeel, whose relationship to maturing in general and material objects specifically is almost comically luckless (both a lawnmower and car come out almost inevitably worse for wear in his presence). Still, Ismaeel’s summer of attempted self-determination finds some resolution. Bilal relentlessly cuts material shot over an extended period into pointed shards and leans into loud, sudden volume shifts. “The moment where my son is born, there’re hospital sounds in the background and then it cuts to my brother,” Bilal notes. “[The sound mixer] had layered hospital noise underneath it, so it sounds like he’s in an adjacent room. Which is a completely normal thing to do, but I had developed a rhythm. It felt like something was missing. The quiet where before it was loud meant something to me.”

The Baby Brother shoot took multiple breaks. “You edit some scenes together, and it affects what you shoot next. I guess that’s what they call the scriptwriting process, though I don’t like defining it as such. It’s really just a process, and it works for both fiction and nonfiction.” Bilal plans to apply it to a narrative feature shot over three months in his father’s native St. Louis neighborhood. “I’d like to be able to shoot for a couple of weeks, then edit and reflect,” he says. “You’re taught that this reshoot phase creates this [reaction of] ‘Oh, we got it wrong the first time and we have to redo it.’ But I think that is so much a part of the process for me. A reshoot is really just the next logical step.” — VR/Photo: Corey Ransberg