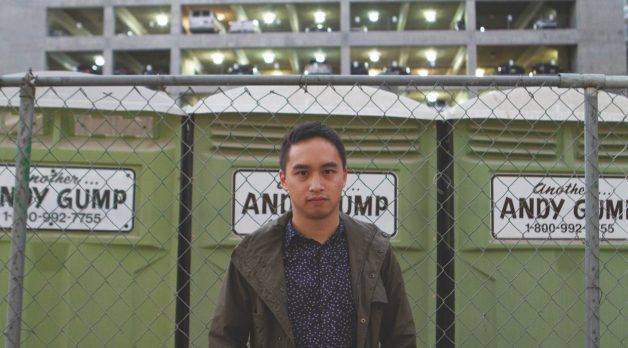 In Richard Van’s 2017 short Audition (which screened at, among other festivals, Slamdance and Nashville), a single mother goes to an audition with her young son in economically unavoidable tow. Vérité-seeming presentations of her daily struggles with child-rearing give way to an excruciating scene in which she nails her monologue (auditioning, ironically, for the part of a single mother) while her child wails in the background. The narrative was constructed, but the final effect was unexpected: Van didn’t know the kid was going to be quite so loud during the scene and reshot it a week later to adjust the mother character’s responding performance.

The working method Van developed during his just-completed MFA at CalArts is not dissimilar to the improvisational practices of Mike Leigh or John Cassavetes, whose scripts developed in close collaboration with performers as they found their own way through beats and script arcs. “I write the script and rehearse it a few times,” Van notes, “but once the actors get a feel for the script, we can go away from it and allow the scene to naturally come about. There’s a lot of improvisation.” In this case, Audition was written around lead actress Shaquita Lopez, who Van met while taking community college acting classes for the purpose of becoming a better director. Extensive interviews with her led to the script, but “the words can be thrown away, as long as it fits within the beats of the script and follows the outline of the story.”

Van’s thesis film, Hieu, currently looking to lock its premiere, builds upon these methods while drawing upon the writer/director’s background as a Vietnamese American. Both his parents are Vietnamese natives (his mother, he says, was a “boat person”), and Van grew up in the Bay Area town of Fremont. After getting a BA in philosophy and spending some time teaching English in South Korea, he returned to California for his MFA. Hieu is, per Van, “a much more fictional” work that began as a script with no particular actors in mind. The LA-residing title character plans to return to Vietnam; before he does, he visits, unannounced, his estranged ex-wife and more sympathetic son and stays for dinner. The bare bones scenario’s drama rises from plausibly charged interactions between ex-spouses who know each other too well. An inveterate schemer currently pursuing (and failing at) recruiting for a direct marketing scheme, Hieu interacts with others in ways that play as convincingly as documentary, climaxing in an emotionally fluid, extended kitchen one-shot with his former spouse that’s entirely convincing. “The lead actor had his own experiences with gambling and multilevel marketing schemes,” Van notes. “It was mostly found in rehearsal. The main characters were Vietnamese American and spent more of their lives here than they did in Vietnam, even though they were born in Vietnam. So, in many ways, they had to play characters more similar to their parents.” Van is currently working on a script for a feature-length version of Audition, as well as another feature script set within the Vietnamese American community. — VR/Photo: Siru Wen