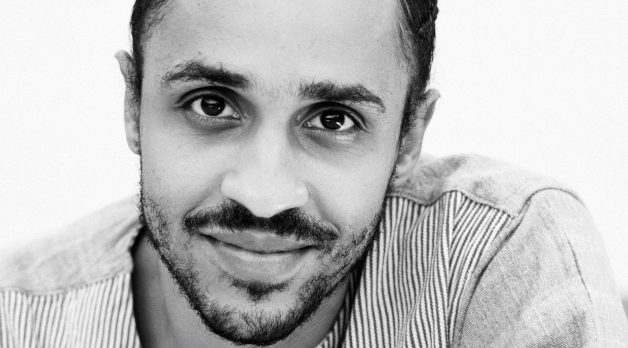 Although he and his five siblings were raised by notable filmmakers Haile Gerima and Shirikiana Aina, Washington, D.C., native Merawi Gerima didn’t grow up dreaming of following in his parents’ footsteps. Much of what he knew about their work came via the unfiltered critical opinion of others. “My elementary school science teacher had known about my parents’ biggest project in the early ’90s, Sankofa,” Gerima recalls, “and I remember him telling me, ’Your father is a great man, but I hope he’s being careful because this type of film could create a lot of enemies for him. People may want to hurt him.’ And here I was, just a kid!”

Gerima, obsessed with drawing as a child, spent his days creating superheroes equipped with biceps, spiky hair and, reluctantly, white skin. “I remember looking for crayons that more accurately reflected my skin tone, but all they had was beige,” Gerima remembers, “and beige was not doing it for me.” With the release of the Sony PlayStation 2 in 2000, Gerima turned his creative focus toward 3D animation, pledging to his future self that he would one day pursue a career in video game design.

A rebellious college student, Gerima burned through five majors in six years, attending Florida A&M University, an HBCU in Tallahassee, then transferring back home to Howard University, begrudgingly graduating with a degree in graphic design. Gerima made attending a graduate film program a personal goal (eventually attending the University of Southern California) but first worked as a network engineer for a D.C. hospital to save up a fraction of the tuition cost. “I have many criticisms of film school,” Gerima says, “first and foremost the price, [which] nullifies the benefits. I graduated with the type of debt you don’t pay off in a lifetime.”

Residue, Gerima’s hauntingly personal debut feature, premiered at this year’s Slamdance Film Festival, where it won three prizes, including the Audience Award. The film was written in 2015, while he was at USC, but the director was adamant about making it independent of the university, so that he could retain full ownership. He filmed Residue from 2017 to 2019, over three different shoots, with all nonprofessional performers save lead Obinna Nwachukwu. The opening footage, of 2019’s “Moechella” protests and the subsequent increased police presence, speaks to the mounting fear of gentrification and community displacement, which is less an imminent threat than a current epidemic. Following a film student returning from the west coast to write a screenplay about growing up on D.C.’s Q Street, the semiautobiographical film details, through narrative ellipses and multiple video formats, the trauma inherent in seeing one’s local history bought up, torn down and erased.

Acquired by ARRAY after Slamdance, Residue made its overseas premiere at the Venice International Film Festival before launching domestically on Netflix. Its provocatively experimental mode of storytelling is sure to stir up impassioned responses, and Gerima is listening to all of them. “You have to be held accountable for your community’s response to the film, for better or for worse, and to take from it what you will,” Gerima says. “With my parents being incredibly critical people and film school being an incredibly critical place, I’ve learned to mine the criticism for the jewels within, without taking it personally. Even as we’re now in the distribution stage of the film’s life, I ask myself: How else can I grow from this process?”—EL/photo by Moris Puccio