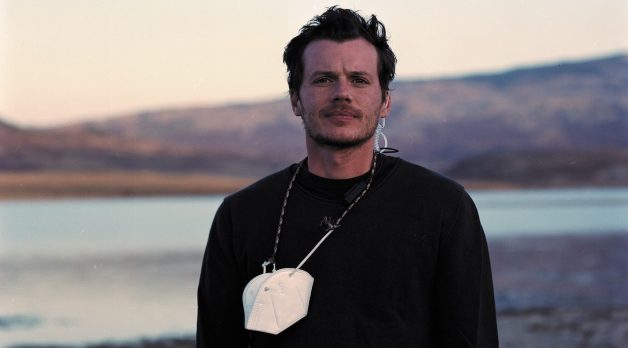 Ramzi Bashour’s first short, No One Gets Out of Here Alive, premiered at International Film Festival Rotterdam in 2016. Five years later, his NYU thesis film, The Trees, brought him back. In between those premieres, Bashour left Beirut, his home since age nine. Shot in 2015 as an influx of refugees poured into Lebanon from the Syrian War, No One is, he says, “my goodbye letter to the city and the country that I’d been living in” and already left once before. Focusing on a migrant laborer’s precarious day-to-day routine, the grimly immersive short shares a quick, often unexpected rhythmic sense of cutting with The Trees but, in Bashour’s view, little else. After making the latter a black comedy, he realized that “I only want to make fun stuff after this—not in a slapstick way but wry, dark. I can’t do any more heavy stuff. Tragicomic is better than tragic.”

In The Trees, young environmental scientist Bashir (Nadim Shartouny)—equally celebrated and not-so-obliquely mocked by his family for his impressive education—arrives home for his father’s funeral. The arrangements are grotesquely ritualized, deference to local priests a given, but Bashir can’t pay attention to his duties: Why, he wonders, are the olive trees outside dying? Despite his relatives’ growing anger at his seemingly impious and egotistical insistence on disrupting the rites to find answers, no one will listen. Bashour, who cites Roy Andersson as a favorite, deploys a dry, unexpected sense of blocking alongside the uncomfortably funny dynamics. In the end, the scientist’s testily expressed concern is grimly vindicated when the diseased trees catch fire. In reality, Bashour says, “A week after we wrapped the shoot, that part of the country caught on fire, which is by now a thing that happens every summer all over the world. We budgeted for it, but we could have shot actual fire. Sadly.”

Growing up in Saudi Arabia when movie theaters were still banned, Bashour hardly saw any films until his family moved to Beirut. At Chico Records, Bashour rented formative works, most importantly, Harmony Korine’s Gummo and julien donkey-boy, from the “Independent Films” shelf. “I don’t know why I was drawn to those films—it could have been something as simple and banal as the height of the shelf, that it was in the central part of the shop,” he says. Bashour had already decided to study screenwriting when the 2006 war between Hezbollah and Israel broke out in Beirut; he moved to Indiana, his mother’s state of residence, and completed his undergraduate education. He eventually returned to Beirut. Before leaving again, Bashour shot No One Gets Out of Here Alive with a cast that, he says, largely “ended up going to Europe, legally or otherwise, right after the film.”

A virtual one-man production, with Bashour’s then-girlfriend operating boom, No One’s festival exposure helped him get into NYU’s MFA film program. Shooting The Trees posed its own challenges: Bashour had funding from the Sloan Foundation and the Black Family Film Prize, as well as his thesis budget, but Lebanon’s imminent economic collapse and rampant inflation meant he “couldn’t even access a lot of my grant money. The banks were throttling how much you could pull out at a given time, and that number was changing day to day. It’s kind of a miracle that there was footage to cut.” After its premiere, The Trees’s engagements included being aired in Europe and Asia on Canal+ as part of a shorts film block; meanwhile, Bashour’s one and only in-person festival after a virtual pandemic run was at a festival in Tunisia that “ended up being a super-spreader event,” with the fully vaccinated filmmaker among the infected.

Bashour’s day job is video editing for Sotheby’s and The School of The New York Times; he also composes music, primarily for guitar (“I can play traditional folk Americana, lower seven chords, simple guitar music”), recently completing an assignment as composer and associate producer on Max Walker-Silverman’s forthcoming feature debut, A Love Song. He’s currently applying for pre-production development grants for a feature-length version of The Trees, as well as developing another script, a mother-son U.S. road trip movie called Tomahawk Springs. “I would hope that those come to fruition down the line,” he says. “There’s been murmurings. For the foreseeable future, I’ll be making educational videos and working nine to five.”— VR