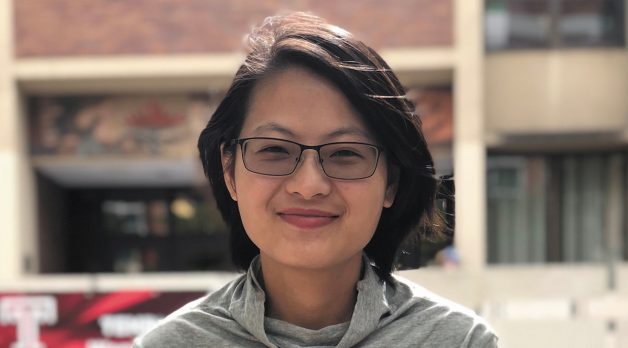 Wang Qiong had her first exposure to filmmaking and documentary when, dissatisfied with the courses she was offered as an undergraduate Broadcasting, Television, and Journalism major at Jinggangshan University in China, she decided to use her time volunteering with IFChina Original Studio. Founded in 2008, the nonprofit organization is dedicated to capturing the experiences of Chinese citizens and, fortuitously for Wang, was based in her hometown of Ji’an, Jiangxi Province. Wang immediately embraced its projects related to oral history and memory; when one began that asked participants to interview their mothers about their birth stories, she decided to get personally involved. Her expectations were upended when her mother opened up in front of the camera about numerous pregnancies and the botched attempted late-term abortion of Wang’s younger sister Jin—the third girl in three tries in a country that was strictly enforcing a one-child policy. Wang only knew fragments of Jin’s story: She was abandoned at birth but taken in by an aunt and uncle, who raised her until she moved in with her birth parents as a teen. The rest, she explains, was something she “always desired to comprehend. I grew up as a very timid and obedient kid that never dared to question serious matters in my family. My camera gave me the encouragement to start these conversations.”

That initial interview planted the seed for her debut, All About My Sisters, but it wasn’t until later, when Jin—newly pregnant with her first child—told Wang she would have an abortion if it were a girl, that the seed began to blossom. “That’s when I decided to take a camera home to have more conversations with my parents and sisters. Making a film about them is an excuse for me to ask questions about Jin’s birth, and about my parents’ story, especially my mother’s experience during her pregnancies, childbirths, and abortions.” The process of making the film was what brought Wang back to the United States; she applied for a grant to study abroad, as the cost of making the film in China would have been prohibitive. Traveling to the States, she enrolled at the MFA program at Temple University, and she is now based in Philadelphia.

All About My Sisters makes use of both pre-arranged formal interviews and spontaneous questions, as well as diaristic portraits of daily life. The differing approaches take advantage of how particular family members are more or less willing to bare their souls depending on the circumstance. Wang’s brother Sifan, for example, is quickly receptive to casual questioning, whereas her father reverts to honesty after more intense prodding or angering. Not only does this approach reveal something honest for the audience, it also helps her family members come to understandings that may have eluded them. This aesthetic versatility also demonstrates how fully Wang is drawn to what she calls the “wildness” of documentary cinema—“things that are out of my control, like the subject’s actions, facial expressions, and their relations with time, which vary with each individual and can’t be created or designed by the filmmaker.”

Shot over five years, All About My Sisters premiered at this year’s Rotterdam, had its North American premiere at NYFF and was acquired by the dGenerate Films collection of Icarus Films. While it’s one of a growing number of Chinese documentaries that rely on oral history to preserve tumultuous periods of China’s past, Wang made it with no connection to her ostensible peers and predecessors and no knowledge of China’s rich history of documentary film. Asked about influences or whether she sees herself as part of any tendency or movement, she does not mince words: “I wasn’t really familiar with cinema history while I was making All About My Sisters.” That said, “A friend gave me two thick piles of pirated films—films from French New Wave, Ogawa Shinsuke, Andrei Tarkovsky, Krzysztof Kieślowski, Chinese independent films. I’m a fan of Abbas Kiarostami and Tsai Ming-liang, and I love slow cinema.”

Even with her newfound interest in cinema, Wang will still be forging her own path. She became Buddhist in 2016 and envisions All About My Sisters as the first part of a planned tetralogy of films about birth, death, illness and aging—the four stages of life in Buddhism. She has already begun work on the next part, entitled The Last Nail, about funeral rites in Jiangxi and recent calls for burial reformation.— Forrest Cardamenis

Correction: An earlier version of this profile misidentified the site of Wang Qiong’s undergraduate education. She studied at Jinggangshan University in China, not Temple University.