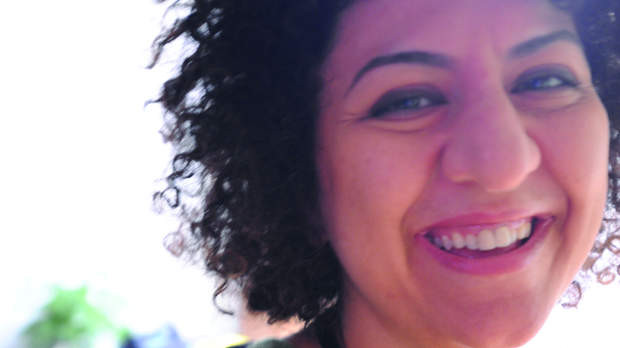 When South Lebanon-born writer-director Rola Nashef started thinking about her film, Detroit Unleaded, there wasn’t much of a film scene in her home state of Michigan, independent or studio. Now, after several years of tax incentives and high-profile productions, she laughs, “I go to restaurants and hear people talking about their scripts.” But Nashef was inspired by Detroit long before the state’s recent production boom. The city didn’t just provide her debut feature’s location, but also its subject matter — specifically, the tales that come out of its Arab-American community. “Living within an Arab immigrant family, dating within the Arab-American community, the restrictions Arab youth face — these experiences have all made their way into the film,” she says. “And it’s not always about rebellion. It’s about finding the loopholes that allow you to live a freer life. There’s a camaraderie we’ve created here in this hybrid Arab-American culture, a new language that’s mixed with urban hip-hop culture, and that’s something I really wanted to portray in a movie.”

This summer Detroit Unleaded went through the IFP Narrative Lab, and it is currently in post-production. Based on Rashef’s 2007 short, it tells the story of a young Lebanese-American man, Sami, who runs a filling station with his “charismatic hustler” cousin, Mike. When the gorgeous Najlah comes into the station, in order to spend time with her, Sami must usher her behind the bulletproof glass cage that forms a barrier between him and the rest of his community. Of the scenario, Nashef says, “I moved to Detroit from Lansing and suddenly I saw all these images of Arab men behind glass. It was a rite of passage for young Arab men [to work in these gas stations]. I wanted to tell a great story by using that metaphor.”

Nashef attended Michigan’s Motion Picture Institute and raised $20,000 from the local community to make the short. “People really connected to the characters,” she says. “They wanted to see more.” She wrote a script and then used the short as “a marketing tool” to fundraise for the feature. Mixing romantic comedy with gritty urban drama, Detroit Unleaded spins that “man in a cage” metaphor into a big-hearted look at the loves, fears and aspirations of people for whom that gas station is home, and the others who are just passing through. Leads EJ Assi and Nada Shouhayib are both tremendously charismatic and have bright careers ahead of them.

Although Nashef cites Spike Lee as an inspiration because of his connection to his own community, she admits, “I’m not one of those filmmakers who is inspired by other films.” Before making Detroit Unleaded she worked for ACCESS (Arab Community Center for Economic and Social Services). “Cultural representation is a big issue for me,” she says. “Growing up I never saw people like me and my own experience in the movies. And I kept meeting these amazing characters who continue to inspire me. Our experience as Arab Americans makes for great storytelling. We need to be on a screen somewhere.” — Scott Macaulay