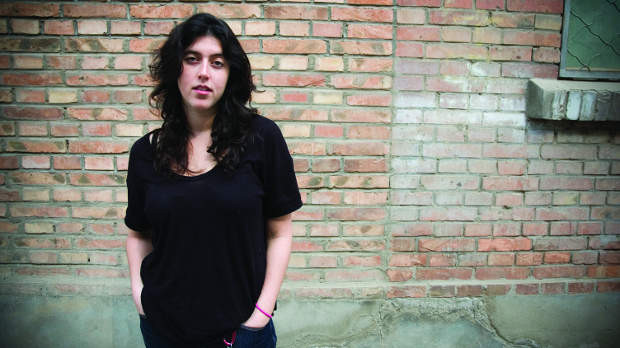 Alison Klayman remembers the moment people knew she was really making a movie about Chinese artist Ai Weiwei. A Brown University graduate, Klayman had moved to Beijing with the intent of learning Mandarin and becoming a documentary filmmaker and journalist. “I bought my first camera there,” she remembers, “and was doing video for hire, trying to get into television.” In 2008 a friend asked her to make a short video to accompany a gallery show of Ai’s New York photography — shots of the artist and the downtown scene taken during his years living there in the 1980s. “My camera was rolling as he walked into the room and I met him for the first time,” she says. “I think there was a commonality: I was a young American living in Beijing, and he had been a young Chinese man living in the states.” Klayman completed the short, it played in the gallery, and “he liked it a lot.” As a one-person crew, shooting and taking sound, she continued to film, traveling with Ai abroad and documenting not only the installations of his large conceptual works but also his increasingly vocal support of human rights, democracy and investigations into student deaths by the 2008 Sichuan earthquake. And then there was also the destruction of his studio by local authorities. “It was all very organic,” she says. Then, one day, Klayman recalls, he introduced her to a friend: “‘This is Alison. She’s making a movie about me.’”

Klayman is currently in post-production on Ai Weiwei: Never Sorry, her debut documentary, and while she didn’t begin her two years of shooting thinking “this is going to be a longer doc,” she rapidly understood the increasing global visibility of her subject. Since 2008 Ai’s international reputation has only grown, driven by his political activism, a changing China, but also his embrace of the Web and use of Twitter.

This past April the Chinese government arrested Ai for alleged “economic crimes.” An international outcry involving not only the art world but also heads of state ensued, and he was released on June 22. (A “gag order,” which includes use of Twitter, is a condition of his bail.) During this period, Klayman became something of an authority on Ai’s situation, appearing on Frontline, The Colbert Report and other shows. “I, of course, knew [the film had] political content from the beginning,” she says, “but what I thought was so gorgeous about [Ai] as a subject was that you don’t have to work to make political points. He is so engaged with what is happening with China today, and through his story viewers can experience that.”

What are Klayman’s thoughts on her documentary style given the “organic” nature of this first film of hers? “I’m in awe of the doc process,” she says. “As someone who was doing a lot of journalism, I craved the depth, the time to tell a story with more nuance. So I like to let scenes play out, and [the film’s] aesthetic involves trying to let people experience the vérité experience as much as they can. And it follows [Ai’s] aesthetic too — a lot of the way he works is to set up conditions and watch how things play out.”

Supported by a mix of art world patrons and doc film production and funding outfits, including Muse Film and Television and Cinereach, Ai Weiwei: Never Sorry will, hopes Klayman, premiere at a festival this fall. — Scott Macaulay

Teaser #1 from Alison Klayman on Vimeo.