“The Whole Mission of this Film was About Holding Bannon Accountable for His Actions…I Didn’t Ever Want Him to Succeed”: Alison Klayman on The Brink 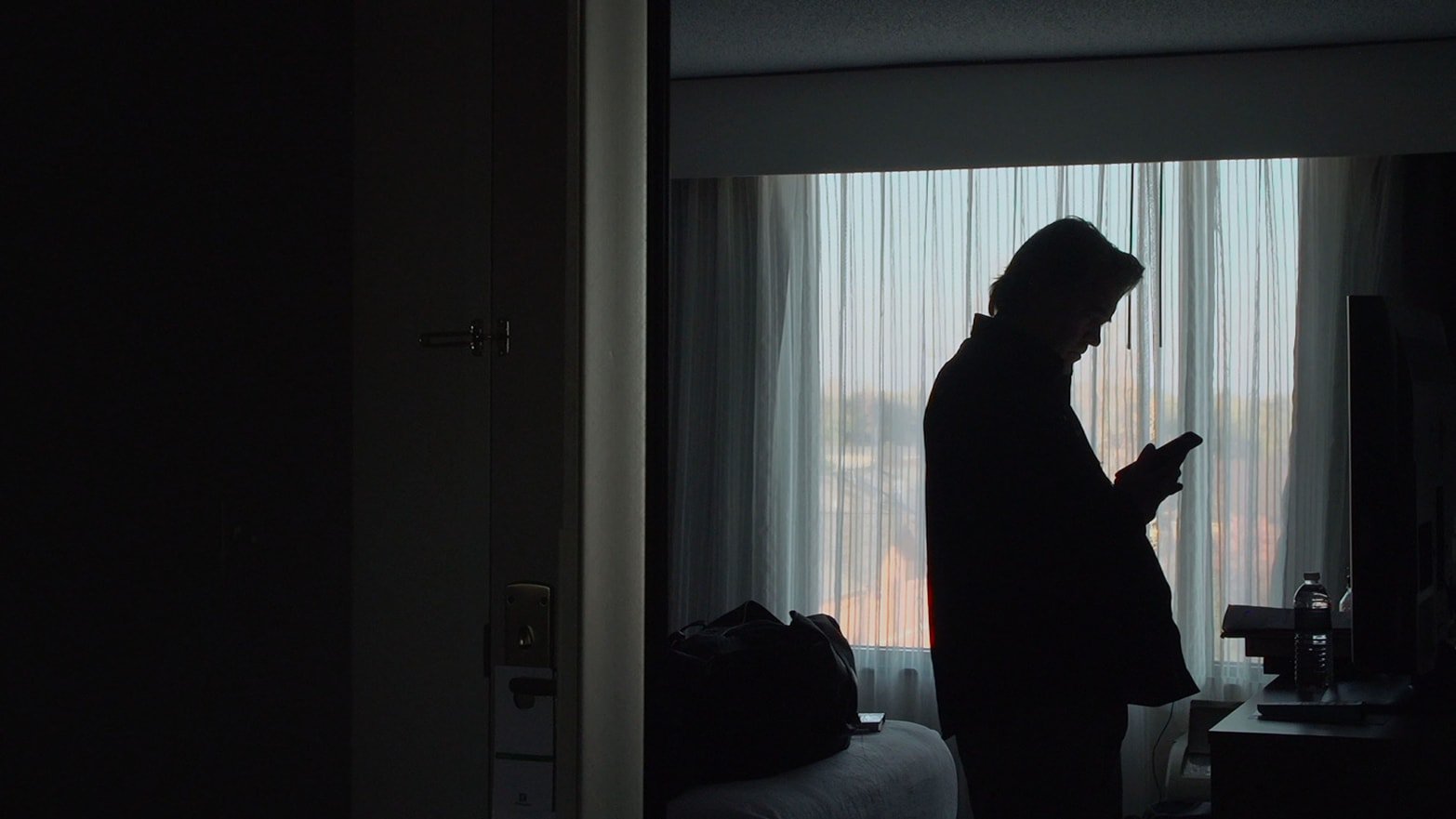 by Lauren Wissot
in Directors, Interviews
on Mar 29, 2019

If there’s one defining trait of Stephen K. Bannon, the executive chairman of Breitbart News and White House Chief Strategist to Trump before he was given the boot from both, it’s his ability to disconnect, to casually dismiss inconvenient truths. And director Alison Klayman (Ai Wewei: Never Sorry, The 100 Years Show) captures this aspect right from the start of her compelling globetrotting doc The Brink. Embedding fly-on-the-wall style with Bannon on his unite-the-far-right/self-promotion tour across Europe and through the mid-term elections of 2018, Klayman opens with a scene in which the Soros-demonizing champion of Charlottesville waxes rhapsodic about one of his, uh, “films” screening in a place best known for mass atrocity. “My shit in Auschwitz rocks,” he boasts without a glimmer of self-awareness. And the layers of irony only grow more head-spinning from there.

In fact, unlike in Errol Morris’s recent misguided take on the man in American Dharma, Bannon often comes across as pathetic in The Brink, an Ayn Rand-reading college freshman double-majoring in philosophy and cinema studies (able to quote Lincoln and namedrop Riefenstahl in a single film!). I spoke to the savvy “25 New Face” alum prior to the doc’s March 29th theatrical premiere.

Filmmaker: Since Bannon was still working with the Trump administration when you began shooting, I assume you weren’t expecting to embark on a round-the-world journey. You’ve really captured a very specific slice of Bannon’s life, almost a time of spiritual exile when he’s trying to reassert his relevancy. So what was your original plan for the film, if you had one, and how did that change according to circumstances?

Klayman: The original plan was to push for the best access possible and film up to the midterms, because that seemed like something fixed that I could anticipate and build an ending around. I didn’t know in September 2017 when I first met Bannon that he would end up involving himself so much in the midterms — as you see in the film he uses his new 501(c)4 to promote Trump and Republican candidates in close House races — but I figured the midterms would be a referendum on the success of the Trump presidency.

Very early in filming in the fall of 2017, Bannon had that conversation with Nigel Farage about uniting far-right nationalist movements around the globe. He also traveled to Japan twice in that period as well, so I knew that international travel was going to be a big part of the project. And as you said, it did seem like an attempt to reassert his relevancy, or to further capitalize on his time at the White House and perceived influence on the administration. The hardest thing about traveling with him was how last-minute all his plans are. Even his team didn’t know what the plan was from one day to the next.

Filmmaker: Did any of your prior work prepare you for this? I was just thinking that Ai Weiwei is another outsized alpha male engaged in dissident activity, albeit one who seems a lot more self-aware and introspective.

Klayman: My time with Ai Weiwei felt like it prepared me a lot — traveling around the world, filming someone who held forth with reporters on almost a daily basis. But these are two fundamentally opposite figures. Weiwei is making films and other works of art about the plight of refugees, urging audiences to look at the issue through the lens of our shared humanity. Bannon is working on promoting anti-immigrant policies and hateful rhetoric. I filmed him countless times defending his position on policies like the Muslim travel ban, zero tolerance at the border and family separation, with no concern for the suffering of individuals. I could not imagine a point of view more opposed to Weiwei’s worldview.

Filmmaker: I saw Morris’s take on your subject, American Dharma, back in the fall and one of the biggest differences between that film and yours, at least to my mind, was the access afforded you. And I don’t just mean physically. Bannon let down his guard much more with you. Do you attribute this to your being a woman (as is your producer, who had a prior working relationship with him), and thus perhaps less threatening? To the fact that you were a one-person crew? Or maybe just because he didn’t care as much about what you thought of him, as you’re not one of his filmmaking heroes, as Morris is?

Klayman: My daily mantra was, “Let him be underestimating me, and let me never underestimate him.” I think that being a one-person crew and a relatively younger woman played into how he saw me, and his prior relationship with my producer, Marie Therese Guirgis, made it feel like the project wasn’t being made just by a total stranger. I spent a lot of time with him over the course of 13 months in a lot of different places, which allows for a different relationship to build than with a film shot over a few days.

Filmmaker: For me, the most revelatory moment in your film occurred when you asked Bannon about the sacrifices he’s made to his personal life. At first he deflects, goes on and on about his workaholic nature, his dedication to the cause. But then he jarringly states, “What else would I be doing?” The utter emptiness of the man is suddenly on full display. He’s passionately, but desperately, spreading his far-right ideology to fill a void, his inability to see the consequences of his actions a self-preservation mechanism. So did capturing such important and humanizing details like this make you more sympathetic to your subject, perhaps uncomfortably?

Klayman: That’s a great question, and I love the way you describe that scene. Truthfully, moments like that didn’t inspire sympathy for him because I think my filmmaker brain was taking over and I would just be constantly evaluating what he was saying. My inner-monologue would sound like: “Is this genuine?” “That seems rehearsed, I’ve heard him say that before.” “Whoa, that felt new, can I push him to go deeper?” “I need to try that question again that he dodged last time.” The only times I felt sympathetic to him were when I saw that he was tired, hungry — usually because I felt physically drained as well trying to keep the same schedule. In those moments I could relate. But the whole mission of this film was about holding Bannon accountable for his actions, and I didn’t feel sorry for him in a larger sense at all. I didn’t ever want him to succeed, and we didn’t have a relationship outside of me filming him.

Filmmaker: Since Bannon says he learned from Trump that all publicity is good publicity, I assume he’s generally pleased with the film. But I’m also guessing that as a micromanager he may have had some comments for you. Has he expressed any criticisms or suggestions?

Klayman: I think he has been more displeased with the reviews. After my producer showed him the film, just before Sundance, he remained in regular communication with her. Once critics starting coming out with roughly the same message — that he comes off not only poorly but rather pathetic and hollow — that’s when he stopped responding to her. I have heard from some reporters who have attended screenings that Bannon’s publicist has been following up to ask what they think. (I think of that scene in the film when, after he does a spot on British TV, he gets in the car, slams a Red Bull, and the first thing out of his mouth is, “I came off okay, I didn’t come off as an asshole?”)

I do have to say, though, this movie was not made to troll him. I came to realize (though it wasn’t obvious for a long time) that Bannon is the least important audience for this film. Whatever his eventual response, I know that what I wanted to communicate is definitely coming through to viewers, and it’s my film not his. What I really want is larger conversations to emerge, for instance, about how the media should handle extremists and far-right political actors who seek attention and legitimization through the coverage.