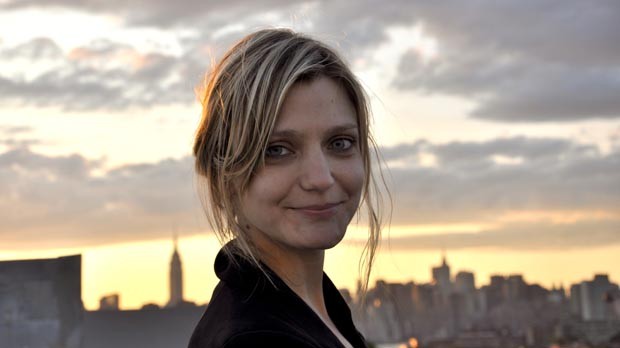 Sara Colangelo’s Little Accidents is one of the more arresting shorts on the festival circuit at the moment, both immediate and restrained in its tale of a woman working in a Massachusetts soda drink factory who fears that she’s become pregnant. She recruits her mentally disabled ex-boyfriend to shoplift a pregnancy test for her and bonds again with him as she struggles with what to do. “I was interested in the juxtaposition of two people, one of whom is recently disabled and trying to reintegrate himself into society and who is the stable one, and the other a woman who may be pregnant and who is spinning out of control,” Colangelo says. “And I was interested in the factory setting, which is almost a metaphor for motherhood. Through the course of the short, you slowly realize that these people have a past, and that they dated once. I’m always interested in withholding information from the audience. It becomes more interesting for them that way; it gets their wheels turning.”

For the New York City-based recent graduate of NYU’s Tisch School of the Arts, Little Accidents has traveled to numerous festivals, including Sundance and the Seattle International Film Festival where it won the Grand Jury Prize for Narrative Short.

Colangelo is midway through another project, a documentary. “I heard a story on NPR one morning about this band, BILL,” Colangelo says. “The older brother is the manager, and he put his younger brother, Bill, who has Down syndrome, in as lead singer. My younger brother has Down syndrome, so their process was fascinating to me. I gave them a call and they let me spend a lot of the summer of ’08 with them, sitting in on recording sessions, following them around when they perform. I think disability is talked about a lot when people are younger and going through special needs schools, but when they’re older it feels like they’re forgotten about. They fall off the grid.”

Continuing, Colangelo says, “We have so much material. One of the film’s arcs deals with John, the older brother. He’s had musical failures, going from band to band and not having them work out. Suddenly he puts his younger brother in a band and it starts getting all of this attention. But the film is also about mortality. Bill has had two heart surgeries, and John, who wasn’t that close to him early on, worries he doesn’t have much time left with him.”

Finally, Colangelo is working on a feature script “loosely based” on Little Accidents. “It takes the same character and the same type of small American town and weaves in another storyline,” she says. “It’s similar in that it looks at trauma and its trickle-down effects.” — S.M.