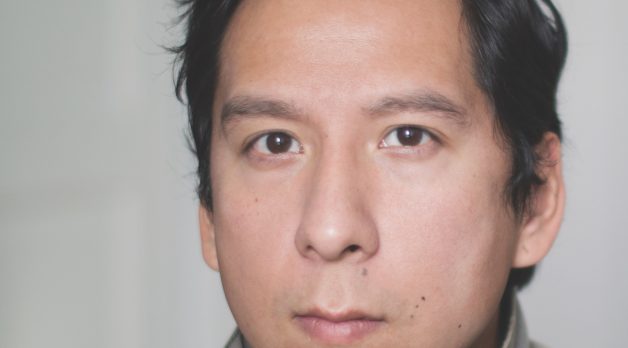 “I’ve always known who I was. It’s always been a part of my life,” says Sky Hopinka, a 34-year-old Ho-Chunk artist and filmmaker. A descendent of the Pechanga Band of Luiseño Native Americans, Hopinka, who was born in Ferndale, Washington, completed his undergraduate studies at Portland State University (PSU), where he first became interested in documentary cinema. His early films, operating in a more traditional vérité style, exhibit an abiding interest in Indigenous language revitalization and a commitment to cultural heritage. These initial forays into filmmaking, he says, were reactions of a sort to issues of the cinematic representation of Native Americans—projects undertaken to “feel like we had control over what we were doing and the films we were making.”

After a few years teaching Indigenous languages at PSU—with a focus on the Pacific Northwest–derived Chinuk Wawa tongue—Hopinka relocated in 2013 to Milwaukee, Wisconsin, homeland of the Ho-Chunk Nation, where he enrolled in a graduate program for experimental film at the University of Wisconsin-Milwaukee. His first brush with experimental cinema was a revelation. Realizing he could more uniquely express the nuances of endangered languages through forms unrelated to conventional modes of nonfiction filmmaking, he began to apply new techniques and explore a whole new lineage of moving image art. (He cites Basma Alsharif, Peter Rose and James Benning as touchstones). In essence, Hopinka explains, experimental cinema allowed him to freely combine his teaching and filmmaking practices: “Deconstructing language [through cinema] is a way for me to be free from the dogma of traditional storytelling and then, from there, to explore or propose more of what Indigenous cinema has the possibility to look like.”

The result has been some of the most striking, thought-provoking and intricately assembled video works of recent years. In wawa (2014) and Anti-Objects, or Space Without Path or Boundary (2017), Hopinka explores the linguistic variances of Chinook Wawa through a combination of video interviews, audio recordings and carefully counterpointed subtitle tracks that convey the contradictions at the very heart of communication and translation. (“Nothing is equivocal, nothing translates correctly,” Hopinka says.) Language and its fundamental relationship to landscape informs the lion’s share of Hopinka’s recent work, including Jáaji Approx. (2015), a beguiling travelogue in which the filmmaker’s father recounts his experiences on the American powwow circuit; Visions of an Island (2016), an elegant portrait of St. Paul’s Island and its native Aleut dialect; and his latest, Fainting Spells (2018), a feverish epistolary narrative framed around the supposed healing powers of the Indian Pipe Plant. With finishing funds provided by Sundance and a postproduction fellowship from Harvard’s Radcliffe Institute, Hopinka spent the summer shooting his first feature, which he describes as a kind of hybrid film. Set in the Columbia River Basin, where he shot his first short back in 2010, and spoken entirely in Chinuk Wawa, it should also prove to be a homecoming. — Jordan Cronk