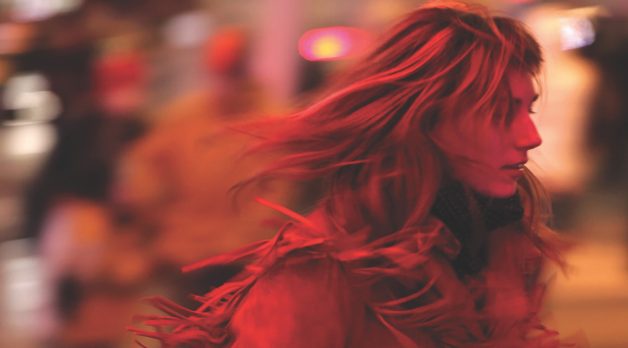 For Brooklyn-based Z Behl, the process of accepting all the responsibilities of a film director has been one of accretion. She’s been a visual artist for the past decade, and her work has increasingly embraced not only a kind of filmic ambition but also the sense of community from which great independent movies are made. In an early work, she “would paint on luan, creating cutout characters, costumes and backdrops, and set them up in different environments to make site-specific installations—almost like cinematic moments.” For a more recent show, she covered the floor of the gallery in green felt, and, as the character of the Joker, played solitaire with two-foot-high wooden playing cards on which were painted naked men. (A GoPro mounted on the ceiling shot the resulting video.) And then there was a particularly large-scale piece. “I made 30 life-size paintings,” says Behl, “and set them up in Benh Zeitlin’s New Orleans swimming pool, borrowed HMIs to light it and had the Ross Brothers shooting behind-the-scenes. I realized I always had this weird flirtation with film but never acknowledged that it was so much a part of my process.” As for the large groups of collaborators her work requires, they are part of her private mission statement, too. “I want to make work that’s too big for me to hold it—work that I have to ask people to help me carry,” she says. “There’s an emotional piece to that: ’Can you help me make this? Can I make something that touches you enough so that you will engage in this process with me?’”

Behl is currently finishing her first proper short, itself a precursor to her in-development feature, Geppetto, which she describes as “a feminist reimagining of the Pinocchio story in the style of a deconstructed spaghetti western.” (She plays both Geppetto and Pinocchio.) The exquisite hand-craftedness, ramshackle energy and essential mysteriousness of Behl’s 16mm, charmingly dubbed short recalls a host of possible influences, including Terry Gilliam, Alejandro Jodorowsky and Sergei Parajanov.

Behl studied drawing and literature at Wesleyan, and she sees Gepetto as a response to classic literary artists’ bildungsromans, which are mostly about male characters. She plans to shoot in the southern Italy region of Calabria and has amassed many supporters and collaborators, from director Sam Kuhn (who shot the short), to producer Carlos Zozaya, executive producer Benh Zeitlin and Jonas Carpignano’s Italian production company, Stayblack. Executive producer Dan Janvey secured development funding from L.A.’s Valparaiso Pictures, and the project was selected by both IFP Labs and the Venice Biennale College Cinema. For the short, a crucial underwater sequence was shot in a New York swimming pool; for the feature, Behl, Kuhn and art director John Wilson want to shoot in a real underwater city in Antibes—“We scuba-scouted it,” she says— that was built for a 1960s feature and then abandoned.

Before both the short and feature arrive, some of Behl’s work can be seen right now, on the small screen—she created the art for Emma Stone’s Bushwick painter character in Cary Fukunaga’s new Netflix series, Maniac. — SM