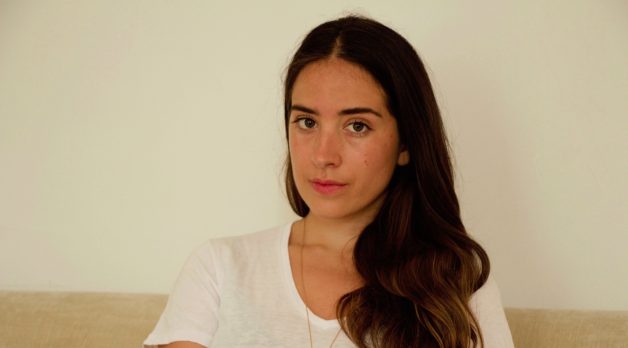 “Oh, nice to meet you,” an actor will say to Sofía Subercaseaux at a movie premiere. “And I’m thinking, ‘I know everything about you,’” she says. “’I’ve been staring at your face for months.’”

Rarely do actors coexist in the same space as editors, but when Subercaseaux is deep in her work editing a film, she’s dreaming of timelines and cuts and then, inevitably, the characters’ faces. “That usually happens in the last month,” she says. “And it feels like I’m going crazy.”

Before the Chilean-born, Brooklyn-based editor started cutting Dina, Antonio Santini’s and Dan Sickles’s documentary, Subercaseaux watched footage every day for months, just pulling selects and writing notes. By the time she met the film’s main subject, Dina Buno, she was nervous. “Actors transform,” Subercaseaux says, “so even though I may understand the character, it’s not like I know the person.” But for Dina, a documentary capturing the romance between a neurodiverse couple, Subercaseaux had to make sure audiences both understood and then looked beyond Dina’s condition, investing themselves in the love story. Her and the directors’ efforts were successful; the film won the Documentary Grand Jury Prize at the Sundance Film Festival.

Dina is Subercaseaux’s second documentary; she cut the same directing team’s Mala Mala. Previously, her editing helped shape the performance of another complicated female character in Antonio Campos’s Rebecca Hall–starring Christine. “When the actors are great and the filmmaking is precise, I can really get creative,” Subercaseaux says. She’ll focus on carving out the best performances, playing with pacing and music, and practicing restraint. “The less you cut, the more meaningful each cut will be,” she says. The ultimate mark of seamless editing is simple, she says — it’s when the audience is immersed and unaware of it.

Subercaseaux has cut the films of her childhood friend, fellow Chilean-born and Brooklyn-based Sebastián Silva, including his upcoming feature, Tyrel. If Silva hadn’t hired her to edit Crystal Fairy when she was 23, Subercaseaux says she may not have become an editor.

“I’m not really a cinephile,” she says. In discussions with directors, she doesn’t reference other movies or directors. “Antonio [Campos] wants to nerd out,” she says of her Christine collaborator and husband. “But especially when I’m deep into an edit, I can’t watch serious films.”

Having just completed Nick Pesce’s sophomore feature, Piercing, Subercaseaux is now working on a period film, “unlike anything I’ve done.” Looking back, she says the most difficult scenes to cut are the ones she remembers most, having repeatedly rewatched the footage. They’re also the ones she thinks she’s cut best, “because it was so hard to get there.” When it’s easy, the assembly just turns into a scene and her first attempt sticks. “Movies exist forever,” she says, “but I like that you carry the decisions you make in the moment, too.” — TH