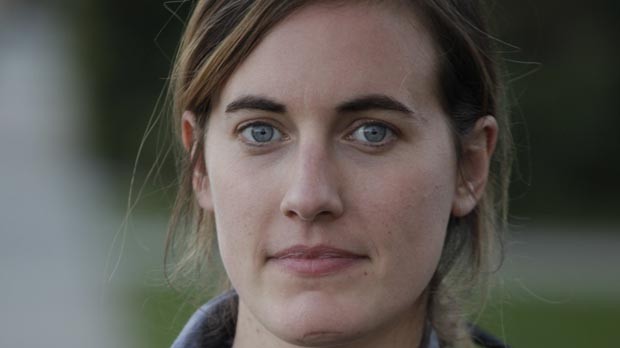 We invent stories, narrative personas fixed in autobiographical form, to understand ourselves. For some of us, these stories are modest ones — simple acceptances of conventional social roles. For others they are grander, more mythic. Throughout his life, Sam Shepard has created compelling fictions about not only the postwar American man, but America itself. The restless characters of his plays, often the product of turbulent families, invent and reinvent themselves, reinvigorating the concept of the American frontier experience along the way. These characters are echoed in Shepard himself, a romantic figure, both Hollywood star and loner artist, relentlessly following his own private path.

In Treva Wurmfeld’s Shepard & Dark, now in postproduction, Shepard and his various well-crafted personas are engagingly captured in all their correspondences and contradictions. And, cleverly, Wurmfeld has managed to make a great Sam Shepard documentary by making it about something else entirely — namely, his 40-year, often epistolary friendship with Johnny Dark, a quiet writer and archivist who works days behind the counter at a Santa Fe deli.

While “bromance” may be a trendy term in today’s independent film world, there have been few good films, fiction or documentary, about male friendship. But that’s the theme that Wurmfeld says she was drawn to here. “Theirs is a friendship that comes through in letter form,” she says, “where the boundaries of ‘friend’ and ‘family’ are blurred — something that is a product of a romanticizing of what friendship is.”

Wurmfeld, who splits her time between Los Angeles, Austin and New York, got her MFA in video art from Hunter College, studied interactive media in the Netherlands and worked for Doug Liman right out of school, first as a VFX assistant on Mr. & Mrs. Smith and then EPK director for Jumper. She met Shepard on the EPK for Liman’s Fair Game, filming a great interview with him that she describes as “a collaborative happening of sorts — it felt like we were riffing off the moment.” She reconnected with Shepard through director Michael Almereyda and proposed a film. When she learned that Shepard and his emotional opposite, the equally engaging Dark, were collaborating on an archival project for Texas State University, one that would gather all their correspondence over the years, she knew she had the film’s focus.

Shepard is surprisingly open with Wurmfeld, discussing his split with Jessica Lange, creative frustrations and his trademark wanderlust. Often the crew was one, and Wurmfeld says, “My super-unimposing style was a draw. Nothing was too choreographed.” And while the film has a warmly accessible tone, it doesn’t shy away from exploring more complicated issues, like those involving friendship and celebrity.

Shepard & Dark, produced by Amy Hobby, should premiere at festivals this coming year, making it Wurmfeld’s debut feature. But her first film to go into production is still in progress: Texas Heart, about a pair of surgeons creating a “continuous flow” artificial heart. “On the surface, both films are about how personal history relates to what we choose to create as artists and scientists,” says Wurmfeld. The half-British director says she has developed a “romantic, beatnik relationship to the American West” and continues to be interested in exploring the ways we have “mythologized our country” — a theme in what she hopes will be her first fiction film, “a comedy set in colonial Boston in the lead up to the American Revolution.”