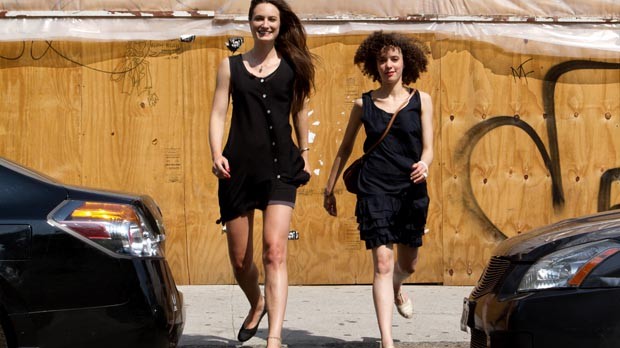 In 2008, Katherine Fairfax Wright and Malika Zouhali-Worrall were both in a New York bar to celebrate the birthday of a mutual friend, producer Valentina Canavesio (the wife of another of this year’s 25 New Faces, Omar Mullick). While waiting for the main party to arrive, they began chatting and discovered they had a similar worldview and had both lived, worked and traveled in Eastern and Central Africa. Eighteen months later, Zouhali-Worrall contacted Fairfax Wright about a documentary she wanted to make on the LGBT community in Uganda, where a bill was being put forward to make homosexuality punishable by death. Two months after that, the pair were on a plane to Kampala, Uganda’s capital.

They had little money, but Fairfax Wright had a camera and, as she says, neither had to get past that “blockade of otherness” people who’ve never been to Africa face. Their backgrounds complemented each other well: Zouhali-Worrall, a Brit who studied English at Cambridge, had worked as a CNN.com journalist/videographer stationed across three continents, covering both politics and LGBT issues, while Fairfax Wright had substantial experience in film, having produced narratives (Gabi on the Roof in July) and associate produced docs (Lumo).

Together they co-directed Call Me Kuchu (“kuchu” is a Ugandan slang term coined by LGBT community to refer to one of their own), with Fairfax Wright also shooting and editing and Zouhali-Worrall producing. They quickly became almost a single-functioning unit, living in cramped quarters, often with the people they were filming. “For weeks on end, we shared beds and weren’t more than 6 feet apart — except for when Malika would run to get me a sack of milk or get a release from a high court judge to film,” says Fairfax Wright.

Though the pair never intended to make a dispassionate survey film that balanced opposing perspectives, Call Me Kuchu found a greater urgency and narrative focus when David Kato, the leader of the LGBT community in Uganda, was murdered, a martyr to his cause. As a journalist, Zouhali-Worrall had always set out to “make a story appeal to a reader beyond the basic issues” and now identified that the “only way to make a strong advocacy film was to make the audience relate to the subjects.”

Grants helped the filmmakers through production, but budgetary constraints forced them to be coasts apart during post, as Fairfax Wright edited while housesitting in L.A. Staying in constant contact over email and phone, the pair fashioned a film that is by turns powerful and moving, warm and hopeful, and has won a string of awards won at prestigious festivals, such as Berlin (where Call Me Kuchu world premiered), and Hot Docs.

Right now, the two are focusing their energies on the Kuchu’s distribution and outreach, with the aim of positively impacting the situation of LGBT people in Uganda and beyond. Up ahead, Fairfax Wright is producing writer/director Malik Vitthal’s Watts-set drama Imperial Dreams this fall, while Zouhali-Worrall is hoping soon to start on another doc project. Asked whether they will reteam, Zouhali-Worrall responds, “We might.” “We don’t know what world geopolitical issues will come up!” says Fairfax Wright.