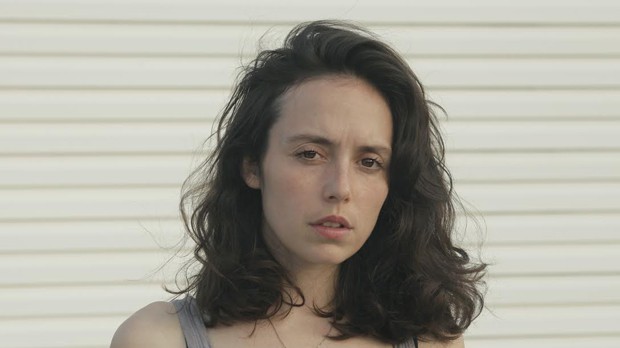 Through her modest yet varied catalog of music videos and short films, Zia Anger has already demonstrated a distinctive lack of interest in traditional, three-act storytelling. I Remember Nothing, which premiered at New Directors/New Films this past March, uses a bit of Buñuelian ingenuity to cast five actresses as the character of Joan, who undergoes the corresponding number of stages of an epileptic attack at a softball game. Anger devised the structural conceit after speaking with an epileptic family member who described attacks as out of body experiences, reasoning that one actress could signify the normal self, and a second would represent the other. Recognizing that her budgetary restrictions — “I made this film on a credit card with a five thousand dollar limit” — prevented her from housing two actresses for the duration of the shoot at her home in Hudson, N.Y., Anger was relieved to uncover the five stages from interictal (daily life) to post-ictal (post-seizure) in her research. The resulting film is a slippery, hypnotic piece that finds its mode of narration in off-center framing, rhythmic edits and a tapestry-esque sound design, with an assist from the composer and singer Julianna Barwick, whose droning vocals function as the film’s sixth protagonist.

Although her films boast incredible sonic textures — she has made music videos for the likes of Barwick, Jenny Hval and Angel Olsen — Anger insists that sound is not an intuitive part of her process. “It’s far more personal for me than most other filmmakers, and something I have to figure out in the edit,” she says. “I Remember Nothing was the first time I knew I wanted us to hear everything the character was experiencing. Middle school to me was just people chewing gum and tapping their pencils.”

Indeed, Anger appears first and foremost concerned with the preponderance of basic narratives in films about women: “If you are following a masculine, Aristotelian three-act or — in drama — five-act structure, it doesn’t seem like you are really able to show the true female experience, which I of course say from a position of privilege.” Riffing off Maya Deren’s theory that film poetry allows for vertical access rather than prose’s linear access, Anger expounds that, “A vertical experience where you dive into something rather than travel along the surface is inherently feminine. It’s an emotional experience, not a practical one. I’m not saying what I’m doing is there yet, but I’m trying something different.”

One could even argue that Anger’s nonlinear inclinations are folded into her process: She’s currently in post on a new short, My Last Film, starring Rosanna Arquette and Lola Kirke, which was shot in two separate halves, mirroring the disparate descents of the two actresses. Since receiving a fellowship from New York Foundation for the Arts, Anger is currently at work on a feature she describes as “a diptych concerning the five days leading up to the disappearance of a sorority girl, and five years after. I’m really interested in the ‘missing white woman syndrome’ — not so much the media surrounding it, but the psychology of the disappeared and those surrounding them. Not Gone Girl!” — S.S./Photo by Ashley Connor