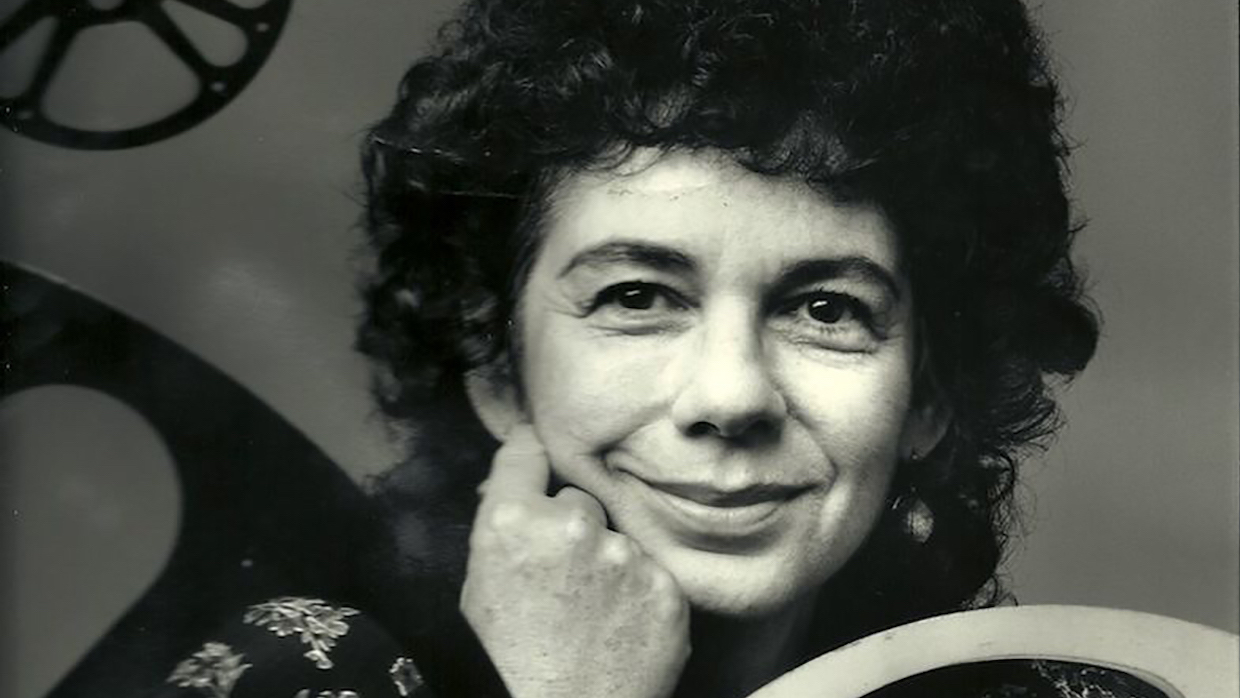 The notorious 1964 film Scorpio Rising opens on a tangle of metal, pieces from a disassembled motorcycle, and a young man tinkering with the detritus in a garage. Ricky Nelson sings “Fools Rush In” on the soundtrack as the camera pans lovingly over rugged boots, bulky links of chain, and then down over the back of a leather jacket with the film’s title and director’s name — Kenneth Anger — written in shiny studs. The man wearing the jacket spins around, and we’re suddenly up close both to his crotch and the soft naked skin of his belly.

I was 18 years old, a freshman from a small island in Maine, enrolled in an avant-garde film class taught by a man named Ted Aitken, and I had never seen anything quite so discomfortingly erotic or so downright strange. It was terrifying! As it happened, however, Aitken stood at the back of the classroom next to the clanking 16mm projector and sang along loudly to each of the next 12 songs that play through the rest of film. He crooned along with Bobby Vinton for “Blue Velvet,” belted out Ray Charles’s “Hit the Road Jack” and was right there at the end with the prophetic concluding song, “Wipe Out.”

I’ve never forgotten Aitken’s ridiculous singing. It let me see Anger’s film from a place of pleasure rather than confusion and fear. It also embodied not only Aitken’s own delight in the film, but in teaching and in sharing a history of radical filmmaking with undergraduates in a way that captured its pure joy. From Aitken, I learned that teaching film isn’t all about lectures or screenings; it’s often about embodying your own personal responses to cinema itself, cheerfully modeling joy, wonder, respect or any of the other emotions that drive us to devote our lives to the artform.

Writer/director Mary Kuryla, who currently teaches classes on several film genres, the history of international cinema and a bevy of radical auteurs at Loyola Marymount University, recalls a similar experience from her days as a graduate student at the University of Southern California in a class taught by Marsha Kinder, a passionate film scholar whose books include Blood Cinema: The Reconstruction of National Identity in Spain.

“The day Orson Welles died, Marsha slogged into our International Cinema class in tears,” Kuryla recalls. “She had difficulty lecturing on Miklós Jancsó’s The Red and the White, on account of her despair at losing Welles.” For Kuryla, this bare expression of grief was galvanizing. “I think about Marsha’s unabashed devotion to a cinematic genius when I mull the advancing age of Jean-Luc Godard, my personal hero. It seems that with the passing of these 20th-century radical cinematic innovators, so too will pass permission for a kind of unadulterated mourning.”

For Steve Anderson, a faculty member in the School of Theater, Film and Television at the University of California, Los Angeles, the most memorable learning experience from his years studying film happened when he was a freshman in a class called Creative Film I at Occidental College. His professor was experimental filmmaker Chick Strand, whose films include Soft Fiction (1979) and Angel Blue Sweet Wings (1966).

“She used to sit in the back of the room smoking cigarettes — the smoke would curl up through the light of the projector beam,” says Anderson remembering days that are now long gone. However, it was the first day’s icebreaker exercise that had the greatest impact on Anderson. “She had us sit in a circle and describe our first sexual encounter to the rest of the class,” he says. “It set a tone of honesty and vulnerability that persisted throughout the remainder of the semester,” continues Anderson. “That was what Chick valued in creative work, so she made sure no one could hide from it starting on day one. She also refused to grade the films made in class. You were graded based on the number of times you signed up to meet with her outside of class time. If you met with her three times, you got an A. But meeting with her was like having someone peer into your soul. She had no patience for anything resembling bullshit, and people used to take C’s rather than face the truth that came from sitting in a room with her.”

Strand made an impact through provocation; other film instructors share her impulse for honesty and self-revelation, but perhaps not her more incendiary impulses. Such was the case with Gary Winick, the director of several award-winning features and the founder of InDigEnt, a company that was an early advocate for digital video production. Winick taught in the Tisch School of the Arts at New York University before his untimely death in 2011, and director Peter Sollett, who currently teaches in the Production Division at the School of Cinematic Arts at USC, was his student.

“Gary taught a class called Senior Colloquium,” says Sollett. “He brought in a lot of wonderful professionals, mostly people he was working with. His career was really taking off — his film Tadpole had won the directing award at Sundance, and he was enjoying his options. What was so amazing was that he included us in that time of his life,” says Sollett. “We watched him navigate and ask questions, and he was compulsively honest.”

Sollett goes on to add that Winick was not interested in impressing his students. “The fact that he was humble and admitted to his mistakes — this was critical, and it’s what I try to convey to my students. He was the antithesis of the director who talks about his process and presents himself as an omniscient, fully formed master. Gary was actually much more interested in sharing ideas on what has worked and what hasn’t. He liked maintaining uncertainty, and in keeping us open to discovery when we’re working with other people.”

Winick also treated his students as peers, says Sollett. “He expected us to rise to the occasion, and as I graduated and got started in filmmaking, he was very present. He called me from the car on the way home after seeing both of my first two films to give me a critique. He wanted more than anything else to see good films be made, and I love him for that.”