Give Me Restrained Filmmaking, Right Now 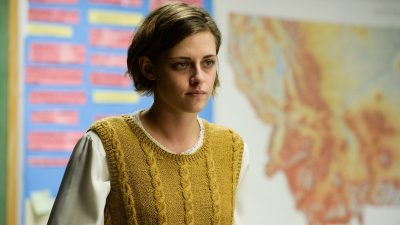 I recently had the pleasure of watching two of the very best American films of the year on the big screen: Kelly Reichardt’s Certain Women and So Yong Kim’s Lovesong.

I’d been meaning to catch Reichardt’s film for months but had managed to miss it consistently at festivals. The opportunity finally presented itself this past Wednesday. I had plans in Fort Greene that evening to watch the third presidential debate, a spectacle that I was almost positive would be deeply stressful and troubling. But I, like most Americans, couldn’t bear to look away.

Anyway, I had a few hours to kill beforehand, and BAM was right around the corner. And so I found myself sitting in a dark theater alone waiting to take in Certain Women as a sort of pre-shit-show-pre-show.

I came out of that theater feeling refreshed, cleansed, and spiritually rejuvenated. A similar feeling to how I imagine meditation must feel to people who have time to meditate. For two hours I disappeared into Reichardt’s languid rhythms, her stoic characters, her gorgeous, hazy 16mm photography, her careful poetry.

And for those two hours it felt like I was on vacation. Away from the constant assault of emails and stimuli and social media that is October 2016, and that, in the glow of this election cycle, feels more and more like a sickness. Watching Reichardt’s film, I wasn’t refreshing my phone in dreaded anticipation of the next horrifically entertaining tweet or shocking October surprise. I was marveling at the texture of how a taillight’s red glare looked on 16mm. I was finding myself emotionally gripped at the smallest of moments: an unreturned wave or a half-smile.

Lovesong and Certain Women are both works of subtle visual poetry. To discuss either’s plot in detail here would be besides the point. Suffice to say that these are films that have more in common with beautifully composed prose than with most contemporary movies and TV shows.

Each film is, in essence, a meditation on loneliness and fleeting human connection. Both films gain power from naturalism. Both films are imbued with a rhythm and grace that render small moments with deep emotional weight. We come to understand the characters as flawed, distinct individuals, and we come to understand them through their actions rather than exposition or traditional arcs. We know what they want to say at any given moment even if their feelings remain unspoken, as feelings often do in real life.

And as both films confidently amble towards their conclusions, we feel a great rise in tension, an escalation of drama. But not one triggered by an external force or mustache-twirling villain. Instead, we’re gripped by deep internal conflict: a heightened oscillation between those two core opposing forces — connection and loneliness.

I know this might all sound pretty archaic on paper, but here’s the thing, and you really have to trust me here: Both of these film are not in the least bit boring.

I promise. I’ve seen boring films and these are not them. I love Béla Tarr, but his films are meticulously, wonderfully boring. Jeanne Dielman? So good. But so boring.

Certain Women and Lovesong are character-focused, small-scale pieces, but they’re absolutely gripping. Sure, if you go in expecting quippy dialogue or rom-com meet cutes, than you’re probably going to leave underwhelmed. But if you go in hoping to see the human experience rendered in confident, gorgeous poetry, you will be gripped.

These two films are intimate and they’re quiet, and that is exactly the point. They’re proud to be both of those things.

I think these days it’s hard for us to find the time and context to appreciate films like these two on their own terms. It’s just not something we’ve been trained to do. It’s not what we expect when we buy a $14 ticket and hire a babysitter for a date night out at the art house. It’s not what we want to see when we finally select a film after browsing furiously through the Netflix recommendation engine for 20 minutes. We’ll feel the urge to click back to the main menu and keep browsing before we realistically adjust to a restrained film’s filmmaking.

In my last column I argued that the term “independent film” is holding back American filmmaking. That it has become too broad and vague a catchall, and thus that it has become hard to celebrate or build an active fan-base around films within the genre. I argued that if we want to encourage innovative filmmaking, we need to drill down deeper, to emancipate the individual sub-genres currently squatting in indie film’s giant McMansion and treat each as a distinct movement worth celebrating.

Let’s call this one the Restrained Cinema movement. I’m talking specifically about films that perform perhaps the toughest storytelling trick of all: to render the most intimate of moments with huge emotional resonance. Films that turn an unexpected smile or a quiet act of charity into something completely engrossing.

This type of film doesn’t have many vocal champions or passionate fans these days. It’s a type that can fall through the cracks at our most prestigious film festivals, many of which have become buzz bubbles where tastemakers gluttonously consume upwards of six films a day in ravenous search of a breakout. Indeed, both Certain Women and Lovesong received little buzz following their premieres at Sundance, neither making a sale for some months. I recall both films being described to me at parties as “okay but small,” the industry’s favorite euphemism for, “that’s going to be hard to make money off of so let’s talk about something else.” Their subtlety is a poor fit for Sundance’s frenetic sales climate.

Obviously this is not a genre of film that is going to supersede summer blockbusters or even more commercially-minded indies at the box office anytime soon. But it is one that I believe many Americans are thirsty for, even if they don’t quite realize it. A style of filmmaking and storytelling that is uniquely important to this moment in history, and one that often gets overlooked and ghettoized because of the very thing that makes it special. Grace.

Because restrained filmmaking doesn’t have to be boring. “Small” doesn’t have to mean uncommercial. And even though a movie is quiet, it can still have something absolutely vital and gripping to say.