Beyond Telefilm Canada: Curating the Future of Canadian Film at VIFF’s “Future//Present” 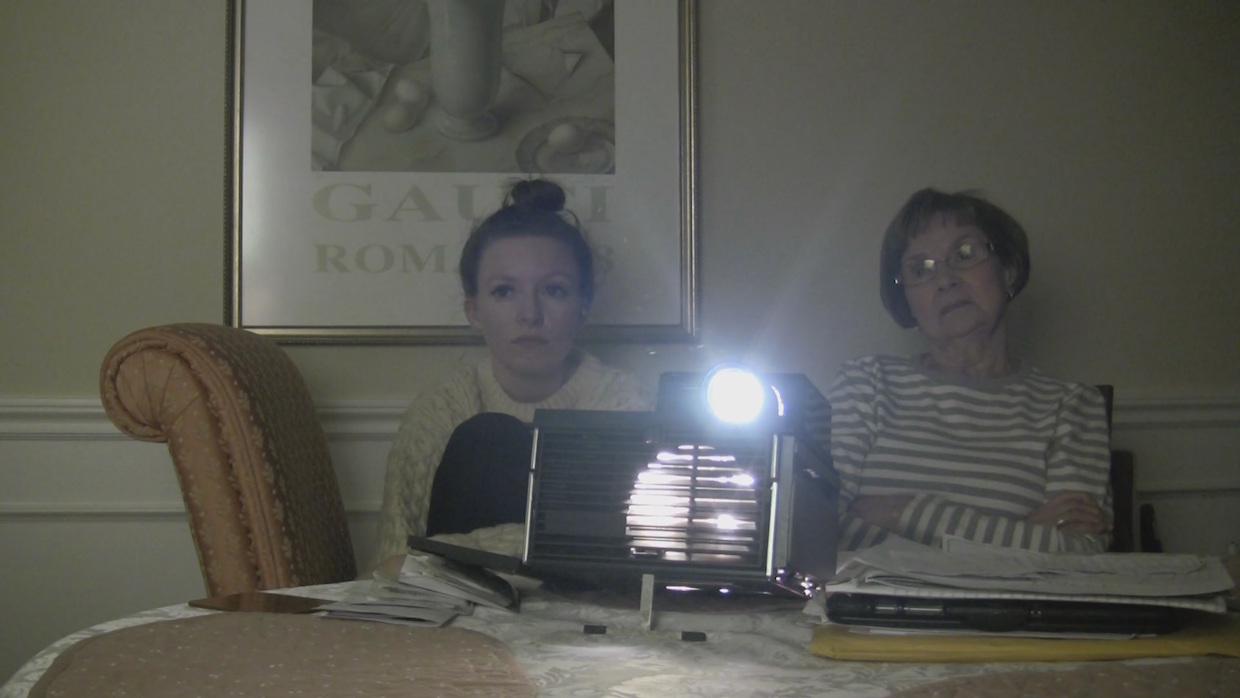 What does a Canadian film look like? This could be construed as a bad joke with limitless punch lines, the film equivalent of “a man walks into a bar…” But this query isn’t meant to drag my own national cinema, which has produced great filmmakers like Alanis Obomsawin, David Cronenberg and Michael Snow. Instead of a set-up to a gag, this line of questioning opens a conversation about the future of Canadian cinema, especially when it comes to funding.

This topic was front of mind at the Vancouver International Film Festival this year, which debuted a new program, curated by Adam Cook, that focussed on emerging Canadian talents: The Intestine (Lev Lewis), Lights Above Water (Nicolas Lachapelle and Ariel St-Louis Lamoureux), The Lockpicker (Randall Okita), Maudite Poutine (Karl Lemieux ), Never Eat Alone (Sofia Bohdanowicz), Split (Lawrence Coté-Collins), Tales of Two Who Dreamt (Andrea Bussmann and Nicolás Pereda) and Werewolf (Ashley McKenzie). Of these films, half were world premieres, which is suggestive of the program’s emphasis on new voices (especially this late in the festival cycle). While others like Werewolf and Tales had already had bows (at TIFF and Berlinale, respectively), their inclusion positioned the program in a middle ground: the earned cred of these “bigger films” bolstered the names that have yet to become familiar playing alongside them.

Called “Future//Present,” the program’s name recalls what’s come before in Canadian film, while also directly challenging constructed notions of cinema from the Great White North™. The films are low budget (in some cases all-but no budget); most are narratives, but they aren’t typical three act structures; some blur the lines between fiction and documentary (a style that, considering the influence of the National Film Board, is all but sacrosanct in Canadian film history). “Future//Present,” then, offered up an antidote to some of the slicker, larger productions that have been dominating conversations around exactly what it is we’re doing with film north of the 49th parallel — and more importantly, who’s paying for it.

“Films are shaped by their resources,” said McKenzie over a coffee in Vancouver. Werewolf was made in a DIY style that was both intentional and a necessity. A tale of two teens in methadone treatment set in her native Cape Breton, Nova Scotia, McKenzie’s feature is intimate (that’s the intentionality) but was made in a province on an island with “basically no film industry” (therein the necessity for a smaller scope). Werewolf is remarkable in its claustrophobic framing but also rejects major Canadian tropes — the road movie and shots of scenic landscape — that, frankly, are more expensive to shoot. While she cites her influences as people like Denis Côté and Kazik Radwanski, McKenzie also wonders: “I’m thinking of making a ‘slice of life’ film. Why? Someone like Xavier Dolan wouldn’t think twice about filming over four different seasons.” The question then becomes: When you know funding is going to be hard to get, do you shrink your mindset from the outset?

Growth doesn’t always mean bigger budgets, but for those filmmakers it does. In Canada, this can be limiting. McKenzie, for instance, had her film supported by Telefilm’s new micro-budget stream, which, as of February 2016, requires supported projects “to be distributed on one or more digital platforms and their maximum budget must not be higher than $250,000.” But you can only use it once, leaving McKenzie — a true rising talent that deserves support — wondering what her next move will be. It’s also telling that Telefilm describes this program’s key mandate as allowing “filmmakers to develop an expertise in digital marketing and promotion of audiovisual projects.” It’s more about creating cultural content than cultivating cultural output.

Bohdanowicz, who won VIFF’s Best Emerging Director (note: I sat on this jury), speaks to this point when describing her feature debut, Never Eat Alone, an intimate docu-fiction centred on a granddaughter, grandmother and a quest for lost love: “It’s not a commercial film.” The tension between the business of film and the medium as art is hardly new, but in Canada this question feels acute given the historical background of institutionalized filmmaking. Much of our industry depends on tax credits to draw American productions north, which means awarding funding (on municipal, provincial and federal levels) becomes a matter of job creation; bigger projects, more jobs. (It should be noted the NFB never followed this model in its support of doc-makers, and this is perhaps why it help to foster enough talent to deem documentary “Canada’s national art form”; fiction filmmakers, or those looking to really challenge the form, lacked the same support.) For someone like Bohdanowicz, who describes her work as “self-sufficient” and often shoots alone or with her producer Calvin Thomas, this leaves her firmly outside of the industrial model. And while institutions like Telefilm aren’t for everyone, it’s still very much ingrained in the Canadian filmmaking mindset. “In film school we were taught write, option, approach Telefilm,” said Bohdanowicz. “I said I wanted to work independently, but wasn’t given that support.”

Thomas, who also produced The Intestine (and is the co-director of Amy George and The Oxbow Cure), does see more options: “If I look at Sofia and Lev,” he said, “going to Telefilm is not even a question. But we’re very lucky in Canada that we’re supported by the arts councils.” Thomas has utilized this system and has seen its potential first-hand: “This is a model that allows for artist flexibility, a decent amount of resources, and there’s no requirement for financial return or a cultural one.”

This is an important distinction, as conversations around funding have been renewed as of late in Canada, and have centred on Matt Johnson, director of The Dirties and Operation Avalanche, and creator of Nirvana The Band The Show (a web series that was picked up by VICE and screened in TIFF’s Primetime section). Johnson has cultivated a persona of semi-enfant terrible in interviews and panels, calling out Telefilm for not supporting new voices. (For more on this read Adam Nayman’s “Moon Shot” in the Fall issue of Maisonneuve.) The problem is while Johnson’s cultivating an image of challenging the status quo, his films don’t necessarily do so: even if he eschews the Canadian institutions, he can still find a place for his work in theatres (that financial return) and festivals (a cultural return).

Which is why what VIFF is doing is so important in Canada. “It features films that are smaller, less polished or are formally different in a way that no other festival is doing,” said Thomas. The direct result is more space for different kinds of films, but should “Future//Present” continue, it will also begin to challenge exactly what audiences expect from what’s been lovingly (and disparagingly) dubbed as “CanCon.” Funding bodies might then have to take note. This will take time, but it does feel like the start of a new chapter in Canadian film history. As Bohdanowicz said — with a smile and palpable sense of determination — when asked about the future: “Check back with me in ten years.”