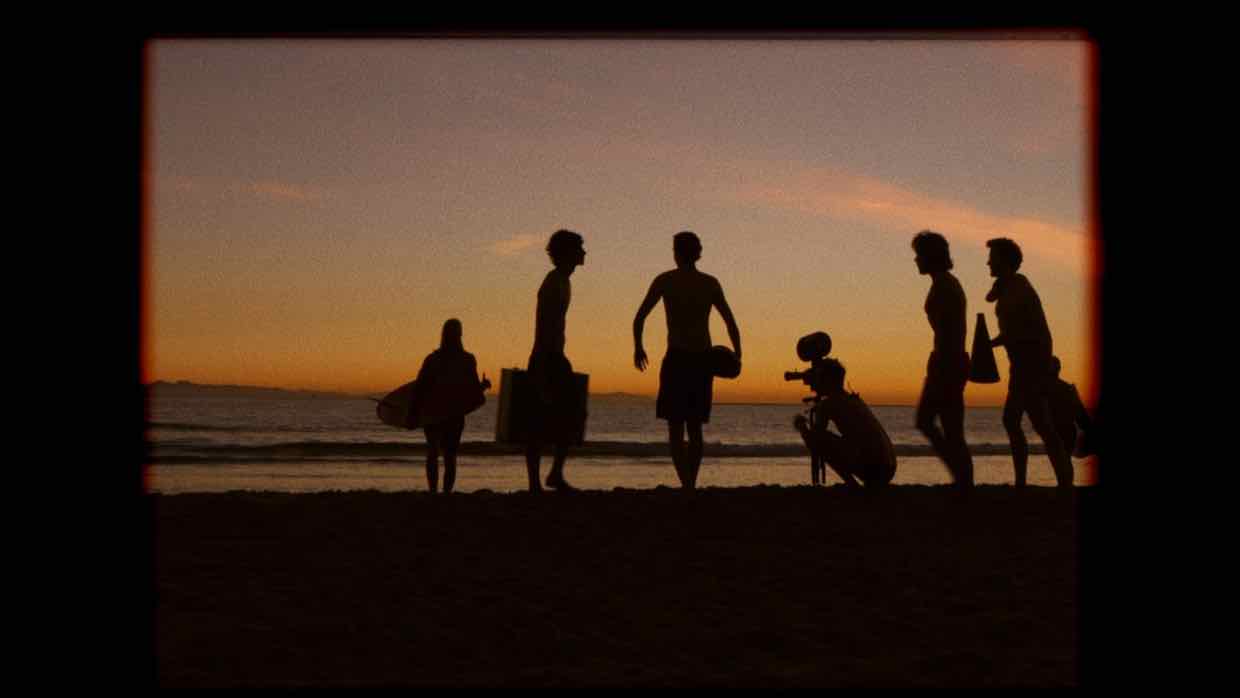 by Ariston Anderson
in Director Interviews, Festivals & Events
on Nov 14, 2016

Dubbed the “Hippie Mafia,” the Brotherhood of Eternal Love was a collective of people in Orange County in the ‘60s and ’70s that grew from a spiritual commune to the largest distributors of LSD at that time in the world. For the first time, their story is told in-depth on film in William A. Kirkley’s riveting documentary Orange Sunshine, the name of their most famous strain of the psychedelic drug.

Founded by John Griggs and collaborators Mike and Carol Randall, brothers Rick and Ron Bevan and Travis Ashbrook, the Brotherhood sought to change the planet with a cultural and spiritual revolution. What started as a quest for personal betterment evolved into a drug empire importing hashish from Afghanistan and manufacturing homegrown LSD to distribute around the world.

Kirkley delves into the global influence of the Brotherhood, from the Beatles to Jimi Hendrix to Steve Jobs, while unraveling the plot like a well-crafted crime story. Orange Sunshine chronicles their incredible rise and subsequent downfall by the often slow-reacting local police.

After its debut at SXSW, Orange Sunshine toured the planet, with one last stop at the American Film Festival in Wroclaw, where Filmmaker spoke with Kirkley about gaining the trust of his subjects, how VR is a great tool to simulate tripping, and the story of one of America’s most infamous lawyers. Orange Sunshine is available now on iTunes. It’s a must-watch for fans of the era, and also provides incredible insight into American politics on the verge of revolution.

Filmmaker: What drew you to telling this story?

Kirkley: I grew up in Orange County, where the story takes place, and it was kind of the local urban legend about this group that had once lived there. Orange County is a very conservative place and I couldn’t believe that something that interesting had happened there. Especially Laguna Beach: it’s a small artist colony, and there is something to me very magical about it. I went there a lot as a child and I wondered if the Brotherhood had had some kind of impact on that.

That was the initial curiosity. I had a good family friend who was around Laguna at that time and had some Brotherhood stories and would send me letters, stories about the group. That was 11, 12 years ago when I was making my first film in New York, and that prompted me to move back to California to pursue this.

Filmmaker: What was the biggest challenge in making the movie?

Kirkley: The biggest challenge was getting Mike and Carol. Largely, for the first eight years, I funded this myself. It took seven years to get Mike and Carol to say yes. They are very private people. They are fiercely protective of their story and they’ve never told it before.

They’ve been approached by some big directors before, and they turned them down. I started making the movie without them, but getting to know them, building up a kind of relationship with them. And then after seven years almost completed a whole different film and told them it was their story and they should be telling it, and if they would say yes I would be willing to start over. I think at that point they saw I wasn’t in it to make a quick buck. I wasn’t interested in sensationalizing the story, I was really interested in sharing their story, and they said yes.

Filmmaker: The music really sets the tone of the era. Were licensing fees expensive?

Kirkley: What’s incredible is thatwe only licensed a couple of songs. Our composer Matt Costa — who is a musician in Laguna Beach, my age, kind of a folky, incredible musician — did forty original tracks for the film. Each one, to me, sounds like something we would have licensed. He’s releasing a soundtrack now on vinyl on Varese Sarabande records. And we are doing a little support tour for the film. We’re doing a five-city tour starting November 15, in LA, San Francisco, Sacramento, Seattle, and Portland. It’s the film, it’s Matt Costa and his band playing some of the songs from the film and some of his back catalog, and the VR experience we did.

Filmmaker: What’s the VR experience and how does it enhance the film?

Kirkley: It’s a five-minute virtual reality experience, taking a trip with the brotherhood. We premiered that at SXSW. I worked with these incredible guys called Master of Shapes and they are at the top of VR game. We worked on it for six months.

Starting off you are in an early ‘60s living room. It’s daytime, in a living room with the Brotherhood. If you look down you are sitting cross-legged on the floor, and usually we try to recreate kind of an environment when you sit down. We had a Turkish rug and all that. So you sit down with the Brotherhood and everybody is sitting on the floor around this gnarled wood base coffee table with a glass top, and everybody closes their eyes and focuses their energy in the center of the room.

And then Timothy Leary starts to narrate one of his psychedelic prayers, which is kind of wild, and then the glass on the coffee table ripples away, and the wood base starts to smoke and catches fire, so you have this bonfire in the middle of the living room. Also the VR is reactive, so if you look away from the fire, the fire goes down; if you look over at a painting on the wall, it will start to move very slightly.

Then the ceiling disintegrates and there are thousands of stars in the night sky. Then the walls disintegrate and you realize you are at Joshua Tree at nighttime and you realize you are sitting in this big group with this big bonfire going, and this guy is playing drums like a hidden drum kind of thing and the energy is really kind of building. The furniture floats off and then this giant Aurora Borealis and its rays shoot down and you are blinded, and you go back and are by yourself in the living room as if nothing had happened.

I’ve been really interested in VR for the past few years. I think it’s especially powerful in documentary. I knew that even though we are an independent documentary with not that big of a budget, I knew that if we could do something like a VR experience it would be a great marketing tool. That’s why we did it. It ties into the narrative of the film, and I think it takes the audience deeper into the experience of the Brotherhood, so I love that as an extension of the storytelling. And it’s just such a cool technology, it’s fun to give people that experience.

Kirkley: In Defense of The Revolution. It’s a mini-series on Michael Kennedy, who was the Brotherhood attorney. Also he represented Timothy Leary. He started off representing draft resisters, and he did a case called the Los Siete de la Raza case in San Francisco, where seven Mexican American men were accused of killing a police officer. Ultimately it was found out that the partner police officer was the one who shot the gun. It was a very big case. He represented the Black Panthers, Weathermen, Chicago Eight, Cesar Chavez and his migrant farm workers. Later on he represented the IRA, Ivana Trump in her divorce with Donald Trump.

He’s worked on so many incredible cases from the ‘60s and ‘70s, pretty much every political revolutionary group. And he and his wife have an incredible love story. They were together for fifty years. They worked together. She did jury selection and consulted with the clients. They spent every day together, they wrote hundreds of love letters to each other. They even for a period of time they signed their name as just one name, Michael Eleanora. So it’s going through their personal story and also seeing these different cases through the one attorney that ties them all together.

It’s kind of a true crime documentary in looking at the legal side of these cases, but then it’s a very revolutionary time in the US and it seemed like the government could almost get thrown over. So I really wanted to take that energetic action as well and do some kind of recreation similar to what I did here.