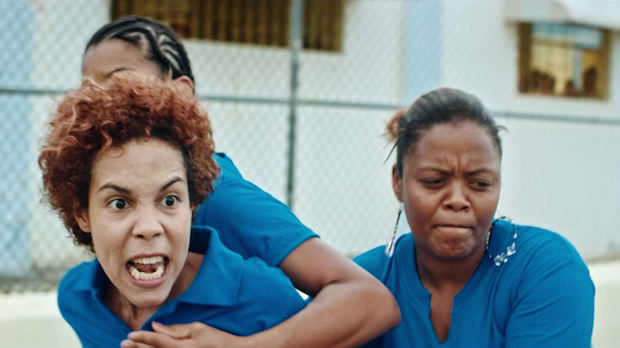 Communication was the key for writing, shooting and making the movie, particularly this one. Woodpeckers explores communication and language in a very specific level. First of all the writing process was about making contact and understanding the prisoners, getting to create relationships, not only for the script but also because I wanted them as actors too. It was also kind of a social experiment, where I was exposed to very dangerous situations and prisoners, were the only way to stand out and be safe was communicating with respect and openness. But the core of the story was the sign language, called woodpecking, this is the medium which the prisoners use to communicate between one cell and the other. As filmmakers we wanted to use it in the movie as real and accurate as it is in real life, also learning how to use it and discovering that the essential drive between us humans is communicating, expressing, and showing ourselves no matter what, where and how.