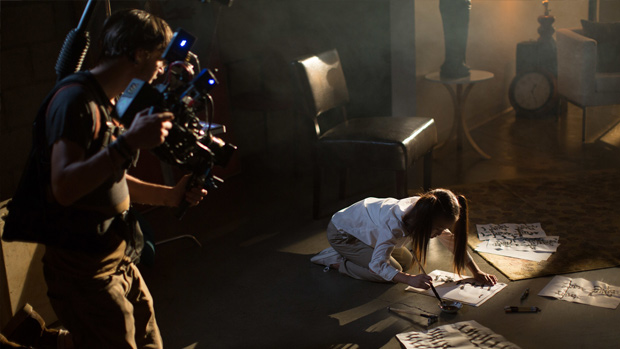 Filmmaker: How did you get involved with this project?

Gaskell: The director was an editor on a documentary that I worked on and he knew that I had a knack for bringing an artistic flare to the documentary genre. We chatted about the series and ended up finding a common language, and he was really interested in the ideas I had so we pursued it together.

Filmmaker: How long were you involved?

Gaskell: The development cycle took about three months and we had a three week prep cycle. Then it was two and a half days of principal photography. We shot it all here in LA, with one location up in Santa Claria. 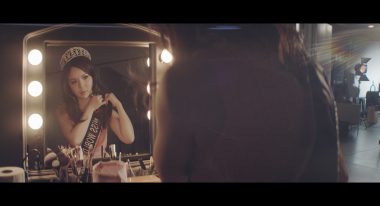 Filmmaker: Was the footage mainly interviews or a range of things?

Gaskell: The Witness series is a mix between documenting and creating advocacy, almost like an emotional tone poem for the really intense stories that these survivors have gone through. It’s really important to us, from an artistic standpoint, to be there emotionally with them through the journey.

Filmmaker: Can you give an example of what you did on this project to accomplish that?

Gaskell: We had a pre-interview with Anastasia and I knew what I could get away with in terms of pushing the look and the style — the lens flares and all those kind of things. One of the ideas I had was to create an understated re-enactment scene. She had talked about practicing Chinese calligraphy when she was young, and that was one idea that I pitched and they were willing to put money towards in our production budget.

Often I’ve been dissatisfied with how there’s a tonal shift between the interview setup and the coverage. It just looks way too different. Typically we do the documentary interview on location, but this time around I managed to arm wrestle my way into booking a sound stage and we built a small living room space and that allowed me to also strive to create a consistent tone and aesthetic between the B roll and the A roll, the interview footage. 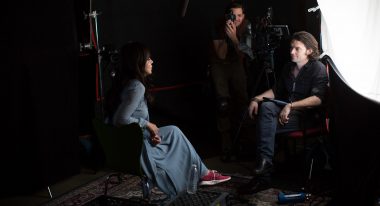 Filmmaker: Had you used the URSA Mini before?

Gaskell: I shot tests with it six months before, and I’d chatted with a couple of the reps at various events in LA. I’d seen films that were shot on it, and it has a great look. I was a gaffer working with the URSA Mini 4K on a TV commercial and that was my first opportunity where I got to know the latitude and the look, the way color and light comes across that sensor. Because I shot tests I had a lot of confidence in going with it, but it’s my first real production working with the 4.6K.

Filmmaker: Did you advocate using this camera?

Gaskell: Directors and producers usually don’t like to be involved. Their eyes glaze over when you get too technical so they just say “Great, sounds good, whatever you think is best.”

Filmmaker: How would you compare the URSA Mini 4.6K with some of the other cameras you have used?

Gaskell: First off, it’s great. At the price point, awesome — the way you can shoot RAW and you can quickly switch over to ProRes 4:2:2. I think it gives you a lot of camera at a lower price point. It’s lightweight and the mounting points are pretty great. It’s really flexible. If I had to pick one thing that I like about the camera: the color rendition on it is great. I’ve been dissatisfied with some of the skin tones that I get out of other cameras, but I think that so long as you expose right and you’re intentional as you’re shooting, you get wonderful skin tone. 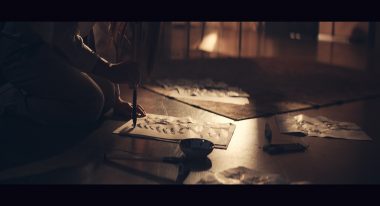 There’s this one shot of Anastaisa that I remember shooting at twilight. I’d switched to 1600 ISO and I’m thinking, “I don’t want to shoot this,” because I’m looking at my wave form and we’re underexposed. But like all things in a documentary it’s a discovery process, you have to shoot what’s there. I was sure that it was going to look grainy in post and I’d be going “please don’t use it,” but it ended up in the final cut and it looks really good, it doesn’t look that grainy. My neurotic DP brain could be set at ease because of how good it looked.

Filmmaker: You used some unusual lenses for the project?

Filmmaker: Why did you use them and where did you get them?

Gaskell: For the previous two episodes of the Witness project, the production unit was flown to where the doc subject lived. This time around, I told everyone, “If you fly the person here to LA, we will make it way more intentional and the production values are going to be a step higher.” I knew that I wanted to bring an intentional and nuanced look to the B roll but it had to be in alignment with the character’s story. So Anastasia, who is she? She’s a movie star in Canada, she’s a beauty queen, so much of her is visceral, so it just felt right to shoot on anamorphic.

I wanted to do that and I went to the Cannes Film Festival earlier that year and I met this director who owns a set of these old square fronts, and it was kind of fun. There’s something really charming about shooting on Soviet era lenses for a project that’s telling the story of a victim of Communism. It’s ironic in a way.

After I got back from Cannes I shot tests with Chris, the owner of the lenses, and he showed me a film he shot with them. It’s really easy to see the look that they give right away. It’s not a like a modern lens that is razor sharp and beautifully crafted. These are more — I don’t want to say messy, but they have a kind of antiquey look. The edges especially on the wide angle kind of smear a little bit. You can see a bit of the hand-crafted nature of it. 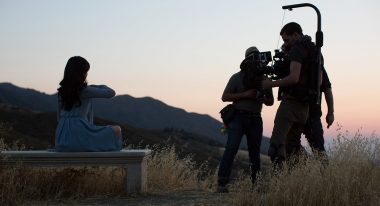 Reading through Anastasia’s pre-interview and thinking about the project it just hit me: use these anamorphics for the B-roll, it’s going to be awesome. I’m super happy with them, especially the cityscape stuff where there’s a lot of visual rhythm, strong vertical lines in the frame. It looks great. I really want to shoot with them again.

It’s worth mentioning too, I didn’t shoot her interview with the anamorphics. I was looking at the minimum focus distance for the 35mm and thinking of where I wanted to frame her for the interview and I just knew that with the very nature of a square front anamorphic lens, you are going to get a lot of barrel distortion. She’s a beauty queen, let’s show her as honestly and real as we can. About a week before we went into production I asked our producer if I could have a little bit more money and we grabbed a couple of Zeiss standard CP2s. I think we used the 35 to shoot her interview, and one of the things I did — because I didn’t want to get too far apart with the feel of the lens elements — I created a filter out of an optical flat that made it sit a little bit visually in the same space as those lenses in terms of sharpness and light diffraction.

Filmmaker: When shooting with the Lomos did they affect what you were doing technically with the camera or how you were using the camera?

Gaskell: I try to be intentional and I work with my gaffer to keep things feeling the way I want them to feel, which was a sun-setty, warm tonal look. We rigged up a light with a 38 degree lens on it, and we pointed this light directly at the lens for a couple of shots because we wanted to overwhelm it, give a little flare. So yes, I was really mindful where camera position would be relative to the light, and I was thinking about where that square front element was going to be pointed and then keeping the ace up my sleeve of “do I want to flare here or do I want to frame her off on the edges to capture a little more chromatic separation?” 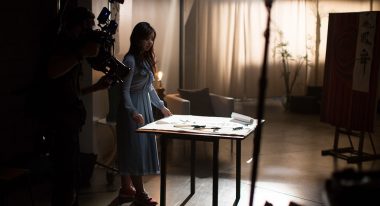 An actress portrayed Lin as a young girl.

We also had a couple of diopters that I wanted to put in play for the extreme close-ups of the calligraphy painting, and I think there’s one or two shots where I dropped in that optical flat, but I don’t know if those made the cut because it gets too stylistic at that point.

There’s one set up where she’s talking about being a beauty queen and working on films. We flipped the whole setup around and it’s lens flares galore. That’s one shot where it’s like “Hey, when I turn this up it’s going to look crazy, are you sure you want to keep this?” Everybody loved it. They said “Yes, it’s the look.”

Filmmaker: Are these lenses easy to lay your hands on?

Gaskell: We rented them. I saw a set on eBay for $25,000 not too long ago. They can be hard to find because they don’t make them any more. The set we used wasn’t super perfect, they’d been through a lot, so they all have their own personality and their own character to them. It’s worth mentioning, if somebody wants to shoot with them, it’s a good idea to shoot tests and really inform yourself of how it’s going to translate to your sensor. You’ve got to be really careful about the geometry too, whether it’s a person’s face or if your story has a subject that needs to look a certain way, as these lens do have a bit of distortion on the lighter end.