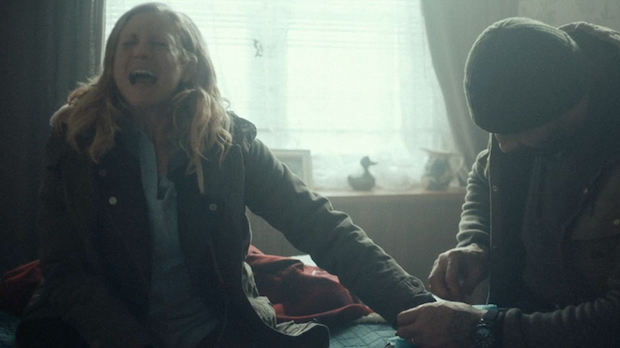 One challenge of communication we originally faced was when we started pitching the idea over seven years ago. We presented the idea of Texas seceding from the U.S. and starting a civil war. At the time it sounded like a ridiculous satire and some people thought we wanted to make a comedy. Our intent was never to make viewers laugh though. The seeds of political animosity have been growing since before George W. Bush’s presidency, continuing through the Obama years. The divide in America seemed obvious to us then, and we’ve watched as it has continued to grow. Our country, with the word United in its name, has become conclusively divided. We hope the film we made expresses and communicates much more than the original pitch. The ideas in Bushwick could be far-fetched to some, but they’re scary as fuck to us.