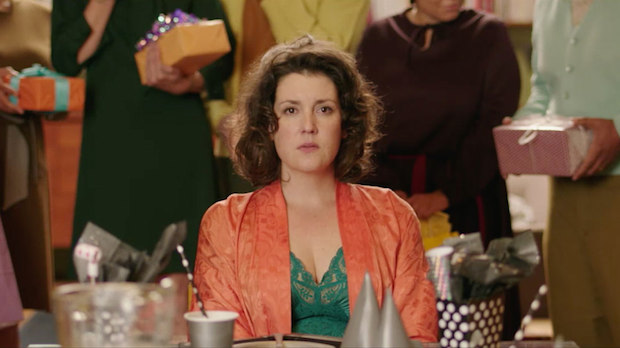 Bela Lugosi once famously said, “It is women who love horror. Gloat over it. Feed on it. Are nourished by it. Shudder and cling and cry out — and come back for more.” He was as right then as he is now. Women love horror. And yet here we are in 2017, and even though more than half of all horror film ticket buyers are women, people still believe we aren’t interested in scary stories.

The anthology format in particular has enjoyed a long, successful history in the horror genre. Entries such as Kwaidan, Dead of Night, Creepshow, and the television series The Twilight Zone, Tales from the Crypt, and Masters of Horror all have well-deserved places in horror history as superlative collections. Us horror fans love the bite-sized bonbons of blood served up by our favorite creators in the genre, for better or worse. Stephen King and George Romero’s Creepshow is obviously a giant among them, and most of us can remember where we were when we first saw Rod Serling’s The Monsters are Due on Maple Street or Mario Bava’s utterly terrifying The Drop of Water segment of Black Sabbath.

“Where the hell are all the women?” my very progressive, feminist friend and producer Todd Brown asked me after he noticed all the women he knew being passed over for directing jobs on a couple of prominent horror anthologies in a row. There are no women represented in those old movies and shows because we’ve never really been given a chance, despite Lugosi’s simple observation about how much women love horror. But even the most contemporary collections are almost completely devoid of women. Hell, we’re not even invited by other women to participate in the anthologies they produce! It’s a dismal state of affairs. With XX, Todd and I set out to change that, and to create opportunities for women where there literally were none.

Believe it or not, there were no all-women led horror anthologies when we set out to make XX four years ago. This film is the first of its kind. Each segment of XX is written by a woman, directed by a woman and stars a woman in all of the lead roles. And from the beginning we needed to communicate that defining characteristic in the early marketing materials, which of course brings flimsy, misunderstood accusations of reverse sexism or gimmickry: “Just hire the best person for the job!” But if meritocracy had any part in women directors getting hired, we would not have had to make a movie like XX in the first place.

Hiring all women isn’t a gimmick; it’s progress. What’s happening in the horror genre of course is symptomatic of a larger systemic issue in the film business: rampant institutionalized sexism. Even though more than 50% off all film school graduates are women, less than 10% of all working directors are women. And it’s certainly not for lack of interest in film or horror because women have been instrumental in the progression of genre since the beginning. Mary Shelley wrote Frankenstein – a progenitor of science fiction, Anne Radcliffe helped define the Gothic Romance, which eventually became horror fiction as we know it, and studio mogul — and first woman director — Alice Guy-Blaché created over 1,000 films in her 20-year career that were lost or mostly attributed to men. As a matter of fact, there were more women working in film in the silent era than there are in 2017. This is a problem.

We created XX in direct response to the lack of opportunities in film — particularly in the horror genre, which is badly in need of new perspectives, and women have that to offer in spades. So if XX communicates anything it is that women are the next great frontier in horror cinema, that feminism isn’t a dirty word in any context, and if we’re going to fix what’s broken about the film business, progress is compulsory. I, for one, welcome new blood.