by Melissa Silvestri
in Filmmaking, Uncategorized
on Jun 24, 2010 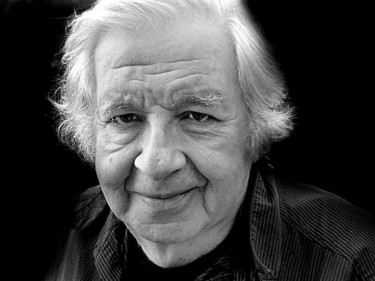 I was saddened to hear of the death of Vic Skolnick, an influential co-founder of Long Island’s first major art house movie theater, The Cinema Arts Center, in Huntington, N.Y. Passing away at 81 on June 10th, Skolnick, along with his wife, Charlotte Sky, founded what was originally known as the New Community Cinema in 1973. Skolnick, a teacher for twenty years at N.Y. public schools, combined his passion for history with a lifelong love of films. His ambition was to show as many diverse films as possible and educate his loyal audience in innovative cinema. The cinema went through many transformations over the years, before settling at a former elementary school in Huntington.

Skolnick made himself accessible to the audiences by making impromptu introductions before the films, telling fascinating anecdotes about the directors. With Skolnick, there was always an underlying enthusiasm to share something with an audience of fresh eyes. His intros gave the cinema a personal feel, like the founder and the audience were one and the same, with the same love for great films.
Skolnick didn’t only just show films and talk about them. The CAC was instrumental in instilling a Film Arts in Education program for local schools, screening films like El Norte and Riding the Rails for field trips of their students.. Many film festivals have run at the CAC, ranging from African films, gay and lesbian films, and Asian-American films.

Thanks to the CAC’s wide influence, future film professionals, many from Long Island, would make it big, and come to the CAC to promote their films and engage in lively discussions with the audiences. Amongst the illustrious guests have been Hal Hartley, Steve Buscemi, Edie Falco, Isabella Rossellini, and Edward Burns. These guests developed long friendships with Skolnick and Sky, exchanging in a mutual appreciation of great films.

Having been a teenage volunteer at the CAC circa 2000, I felt lucky to be a small part of this theater, which gave me unlimited access to the best in independent and foreign film and an education in not only cinema the whole world beyond my suburban neighborhood. Skolnick was a true local legend, and his presence at the cinema will be surely missed, not only by his friends and family, but by the audiences who had come to regard him as a warm and benevolent presence.