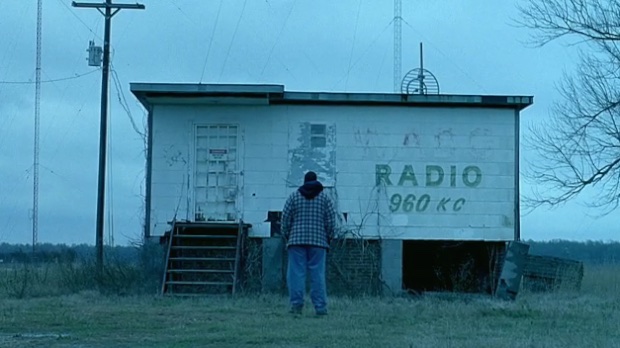 Call me crazy, but I don’t think distribution is the greatest problem facing independent cinema right now. Distribution is a problem, but it has always been. Returning investment is perennially difficult, but even when we had a few exceptional profit leaders most films lost money. The brief heyday of what seemed like a profitable indie industry was just a bubble like dot.com and real estate. Bubbles typically self-inflate with the hot air of the people inside, spewing gas to mask secret truths. In the case of independent film, it is this: uncompromising, quality work that exists outside the mainstream has only ever been profitable for a few.

Today most of us in independent film are looking for new ways to justify investment in our movies. DIY output deals, VOD and niche marketing seem like the new hot ideas. And recent successes with new platforms are a true sign of hope. Our expectations are adjusting to reality; innovative, passion-driven films are finding their audience again. What concerns me, though, is not the slow, vague emergence of new business strategies but the idea that filmmakers need to adjust their ideas to conform to these so-called new models.

Post screening, filmmakers are used to hearing from potential distributors, “Great film, but we’re not seeing the poster.” In other words: “We’re passing because we don’t know how to market this.” These distributors don’t believe they can interest a mass audience in original, unclassifiable films. Today that marketplace concern has not only become more intense but is almost accepted as a justified reaction to difficult movies. And, it’s not just distribution execs but also the press and even other filmmakers who retreat to this mindset, dismissing innovative work that seems alien to our commercial marketplace.

Roger Corman was famous for mocking up one-sheets before his films rolled camera. Today, filmmakers are told to have Constant Contact lists of their target audiences on their hard drives before their first days of filming. The required strategy is to first launch a Facebook page, make your fans your “audience” and allow their swelling numbers to serve as your greenlight. And, then, as you shoot, make sure these fans don’t get away by marketing your film through Twitter updates, blog posts, and other forms of social media messaging.

This is indeed a great strategy for certain films — but not all films allow for such easy niche preconceptions. While defining a film’s possible marketing plan early can be helpful, a promising marketing plan should not justify a film’s existence. And, more importantly, the lack of one should not designate a film as worthless.

Developing content and nurturing auteurs should be our top concern, not figuring out distribution models or revenue schemes. The whole purpose of independent film is to make films that aren’t pre-fabricated to hit a target audience of someone else’s devising. In fact, it’s that kind of market-centric thinking that puffed up the bubble with derivative films; it’s those goals that made indie go flaccid in the first place.

Audience-driven content posing as truly independent film has numbed the audience that is hungry for innovative work. Powerful statements told in direct, aesthetically challenging and possibly uncomfortable ways are what marks visionary work. The outer margins are where true visionaries live, and the fact that these artists may not reach the mainstream is not sad; it should be embraced. I’m not interested in dragging everyone I know to the new Bela Tarr film. Bela Tarr is not for everyone (his work is actually for very few), but it is exceptional work, and it deserves to exist, despite the fact that Bela does not have Facebook or Twitter accounts. I’ve heard it said that because filmmakers like Todd Solondz and Jim Jarmusch don’t have readily defined young audiences reachable through all these various wired platforms that their work is considered less relevant today than the latest viral sensation. Frankly, I find that a sad and scary opinion.

I worry that the traditional gatekeepers — the festival programmers, the critics and the producers — are starting to ignore the cultivation of true visionaries by wholeheartedly drinking this niche transmedia Kool-Aid. If gatekeepers start to agree that the only way to make indie film relevant again is through new forms of community outreach then there is a chance that films that alienate, films that aren’t crowd-sourced huggable will be passed by. I fear that in the rush to embrace new methods of promotion and distribution that worthy yet seemingly unpromotable films will be completely ignored. If festivals get behind day-and-date VOD or free YouTube multiplatform releasing then isn’t there a chance that these fests will pick films that best lend themselves to these new screening platforms? Films catering to easily distracted web surfers and not contemplative theatergoers? Likewise are there producers passing on strong work because it can’t be broken into webisodes and streamed on YouTube?

Some films do not lend themselves to viewing on computers, phones, or in loud crowded rooms. The extreme margins is where the true groundbreaking work is done, it’s always been that way, and no amount of crafty virile Twitter DIY distribution chatter is going to change that fact. Films that make their marketing campaigns their highest priorities are audience-driven films and these are the films that have historically alienated viewers hungry for visionary work.

I am not into indie film because I like being part of an indie “community.” I don’t help make bold, boundary-pushing work because I want to connect to or be part of a group of outsiders. Though this group can help spread the word it’s not the reason I work on these films. I am into indie film because no other medium can express my feelings about the world. It’s because I don’t get what I need from mass culture that I seek it in the margins. I don’t crave mass acceptance nor do I dream of it. And I would hate to see the young artists who would otherwise make the boundary-pushing work of tomorrow not do so because they haven’t impressed gatekeepers with their viral marketing plans.

There is a problem with independent film today, but it’s not that filmmakers don’t have access to the marketing tools they need. If we create strong innovative work audiences will come, and in turn, new forms of profit will evolve. But, if we start by encouraging filmmakers to please as wide an audience as possible then we will destroy what is alive and essential about alternative cinema. New distribution strategies are inevitable, but we should not allow our search for new platforms to dilute the content or crush the dreams of our next generation of auteurs.

There are some brilliant films out there today that are having a hard time finding an audience. This isn’t the filmmakers’ fault. It’s the fault of the youth audience whose minds have been melded by the corporate consumer-entertainment machine. What should be our next greatest audience missed the part where it learned about true rebellion, what counter culture means and where it is often found. It’s often conjured up and cultivated under smelly overpasses by angry outsiders, not in corporate-sponsored high-tech think tanks by salaried media trend experts. Films like Happiness, American Splendor, Safe, Gummo and, recently, Ballast are films that were not made to imitate a preexisting popular Hollywood model. These are films that were made because they resembled no other prior films. It used to be that bold unconventional visions like those were the raison d’etre of indie film culture. It was those visions that made indie cinema essential viewing for any self-respecting young anti-establishment non-conformist free thinker. Today those films would be considered “undistributable.”

Perhaps it’s not the youth audience’s fault, though. Even if they are looking for it, young people today actually aren’t able to associate outsider perspectives with most current independent cinema. Market forces are so shaping independent content that we have castrated the whole reason indie got started in the first place. “Independent” alt culture helped kill itself by distracting its audience with the petty bourgeois aesthetics emboldened by a decade-long onslaught of overpriced Sundance-launched Quirk. We need to get back to the heart and soul of what it means to be independent and stop chasing the mainstream dragon; it was a pipe dream to begin with. We need less sweating over what we think the audience wants and to focus more on the people who could care less and are busy right now marching to their own fucked-up, out-of-time drummers. The indie film industry as it has been defined since sex lies and videotape is dead. Hallelujah. Let the inmates run free.

By my definition, “indie” means not being afraid of rejection. If you are a filmmaker who has no idea who in the world would ever want to see your movie then there is a pretty good chance that you are on the right road to creating something truly groundbreaking. You are our true future.

Mike S Ryan is a NYC based producer, his latest film by Frank Ross, Audrey the Trainwreck just premeriered at SXSW. His upcomming releases include films by Bela Tarr, Todd Solondz and Kelly Reichardt.