Anti-Art Criticism, “In the Age of Trump” 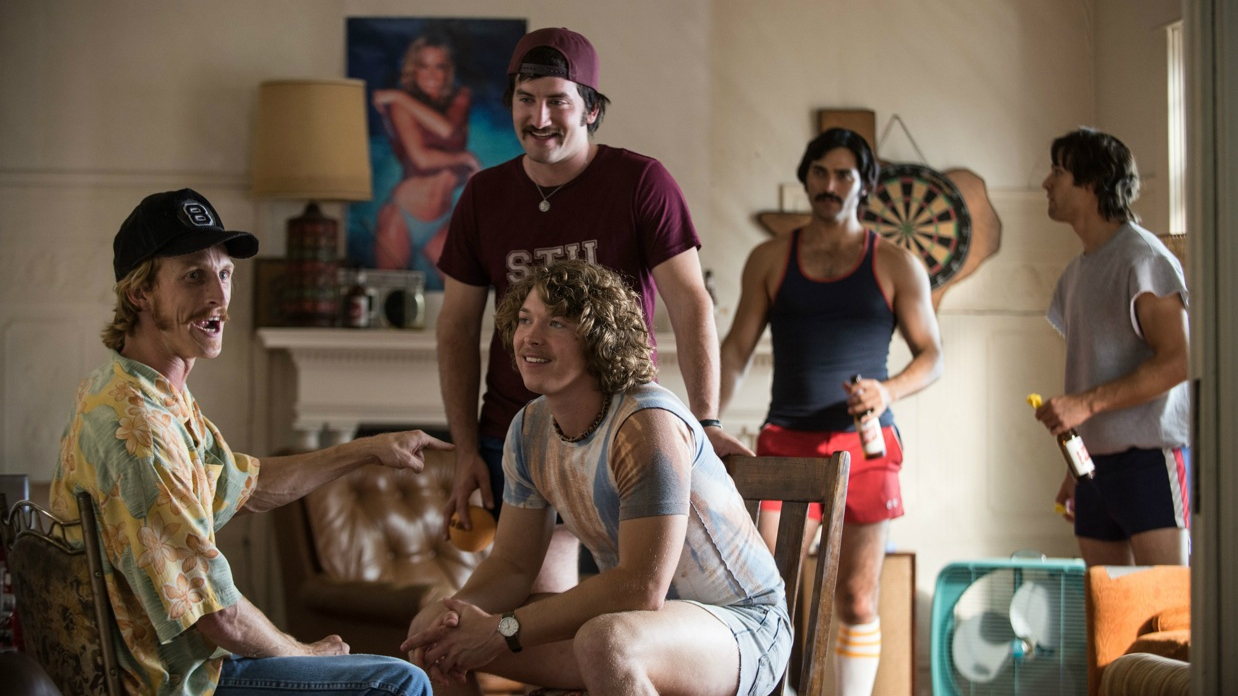 The joke between me and my Sundance roommate/colleague was that every review and write-up would contain the phrase “In the age of Trump.” Another phrase to watch out for is “now more than ever,” spoken verbatim twice during this year’s Sundance acceptance speeches. The proposition that independent film will “lead the resistance” against Our 45th President is a dubious one: I don’t remember The Lucky Ones or In the Valley of Elah helping anything in particular. The repeated invocation of certain dead phrases to summon up a spell against the darkness inevitably and a bit boringly brings to mind Orwell’s “Politics and the English Language,” whose over-obvious appeal does nothing to lessen its pertinence:

It is clear that the decline of a language must ultimately have political and economic causes: it is not due simply to the bad influence of this or that individual writer. But an effect can become a cause, reinforcing the original cause and producing the same effect in an intensified form, and so on indefinitely. […] Modern English, especially written English, is full of bad habits which spread by imitation and which can be avoided if one is willing to take the necessary trouble. If one gets rid of these habits one can think more clearly, and to think clearly is a necessary first step toward political regeneration.

Now more than ever, to be sure.

Not unrelated: the recent-ish deluge of “anti-art criticism,” a phrase used by my colleague Ashley Clark on Twitter — not anti-art in the Duchamp vein, but in the sense of believing that any problematics lurking within a text absolutely negate any of its potential virtues. My go-to test case: For a long time, the logline on Richard Linklater was that he was an unpredictable stylistic magpie who’d never make the same kind of movie twice. Now the rap is a little different: Linklater makes monolithically white movies that at best ignore a changing world, and at worst long for the restoration of white patriarchy. That the latter is a pretty insane thing to extrapolate from the work of a dude known for categorically avoiding villains while placing a repeated emphasis on the virtues of communal discourse suggests that these criticisms do not seem to come from a place of good faith or arguing something that the speaker remotely believes.

I first got an inkling of things to come when Before Midnight came out and was promptly criticized in some quarters for Julie Delpy’s character, specifically her articulation of certain normative (scare-quotes if you like) gender roles that made her insufficiently intersectional. (Here’s an essay that specifically calls out the film on nine plot points, which is as programmatic as it gets.) All three films in the Before trilogy are the result of intense collaboration between Delpy, Ethan Hawke and Richard Linklater, so we can presume that the actress is writing a part that chimes with how she feels about certain things. If Delpy is a French woman of an age who can’t shake certain potentially objectionable norms, does that make her viewpoint less valid or worthy of expression?

These criticisms are easy to formulate and write in advance, and that’s pretty boring. To insist, sight unseen, that Everybody Wants Some!! must be bad because it uncritically (which is very arguable — you can enjoy something and be troubled by it at the same time) unfolds in an all-white universe designed for the comfort of men is extremely predictable — once you’ve made the argument, why even watch the film? A recent essay on Silence captures the tone exactly in its headline, “White Men on a Mission.” The piece unfolds exactly as you might expect without even having seen the film: there’s a lack of female characters, colonialism is insufficiently critiqued, white savior narrative. My absolute favorite entry in this genre is the marvelously titled “‘Dawn of the Planet of the Apes’ Defames Bonobos,” in which a firebreathing writer says they “have the right and moral obligation to speak out and school these filmmakers as well as their innocent audiences in the truth about bonobos.”

What’s interesting about Linklater’s films is the way that they can seem objective in their ability to depict without endorsing: viewers change over time, the films themselves don’t. On my most recent rewatch of Dazed and Confused, I winced a little when Parker Posey, hazing the freshman class, yells at the “little prickteases” and “sluts” to drop to the ground: the presentation of the scene hasn’t changed at all, but our linguistic sensitivity has. This strikes me as a gift: at no point do Linklater’s films tell you how to respond to them. It would be entirely possible to watch Dazed, or Everybody, or Boyhood, or whatever, find them boring and reactionary, and still work with what’s actually in the text (and the society which produced it) rather than reading deliberate malignity into it. Problematics aren’t a problem, they’re an opportunity to unpack and reflect.

So back to Donald Trump, the #1 conversation topic of every day. Here’s a semi-redacted email I got recently from a publicist doing their job while repping a film about literal Nazis. The subject line began “Antidote to Trump?”:

I am sorry to say that since President Twitter’s travel ban, [redacted]’s film [redacted] has taken on more resonance. I’m sure he’d be happier if it was just a period piece but […] it has been received as a timely story about compassion over hate.  […The protagonist] cannot paint them all with the same brush, much as Trump is doing with entire nations and one religion. We need an example of how empathy can triumph – it is a real solution and we need to stop this spiral of hate now.

To propose that a prestige film should be celebrated as the potential magic bullet to take down Our 45th President is either extremely cynical, willfully naive or possibly both. This stuff is everywhere: at Sundance this year, more filmmakers than not took the opportunity to position their work as somehow leading the resistance. Such rhetoric is an extension of the line of thinking that posits art as either Good or Bad based on how well it accords with the political moment, and it’s all too easy to do mechanically. If everything matters, nothing is more or less important than anything else, and the Resistance becomes futile. It’s gonna be a long four years: let’s try to make our words and intentions matter rather than reaching for the low dopamine rush of trotting out the same insularly congratulatory sentiments for applause.