SXSW 2017: Nanfu Wang’s I Am Another You and Jason Cortlund & Julia Halperin’s La Barracuda 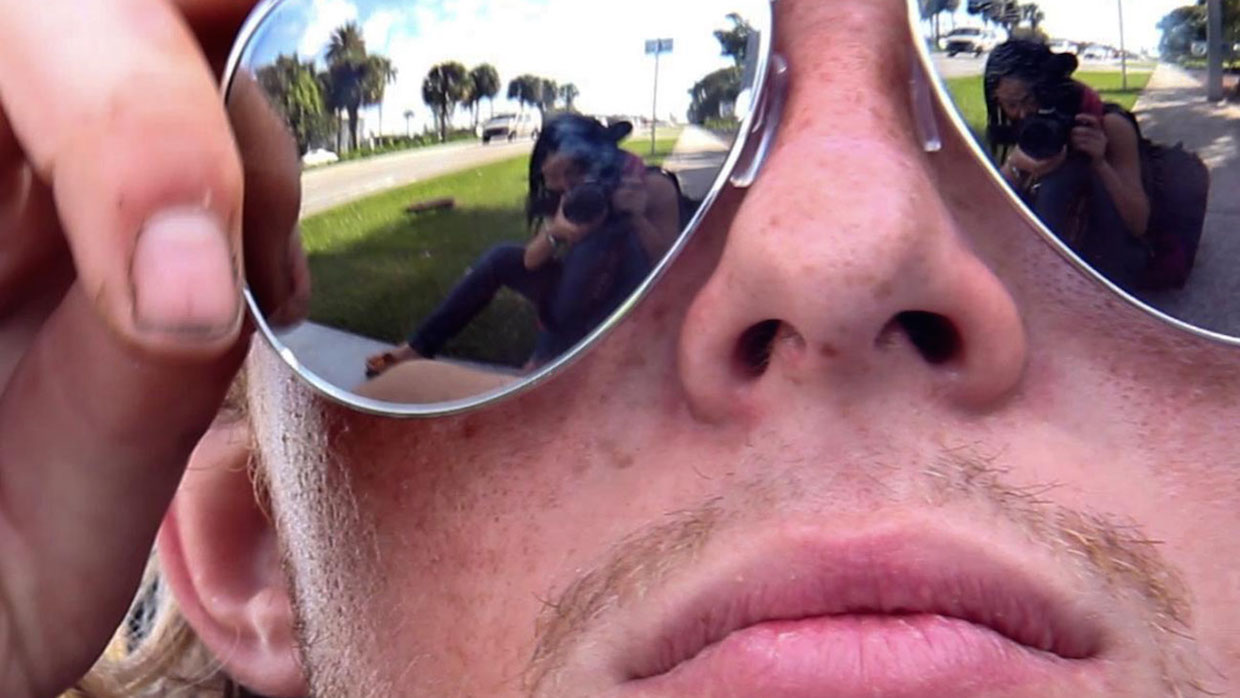 I Am Another You

While resisting the urge to hyperbolically and lazily link any one film I see at this year’s SXSW to another, allow me to quickly note that Nanfu Wang’s I Am Another You (a world premiere in the Documentary Feature Competition section) and Julia Halperin and Jason Cortlund’s La Barracuda (which world premiered in Narrative Feature Competition) are, at their core, about women voluntarily visiting a piece of America foreign to them (Florida and Texas, respectively) to reveal their bare selves in the process. Wang is from China, the character of Sinoloa is from England; both come to town with a purpose that may not always be clear, even to themselves. The two films couldn’t be any more different.

Wang is a personal filmmaker who places herself at the center of her films. For this latest project, Wang discovered that her annual tradition (since moving to the US in 2011) of using her birthday to visit a place she’s never been to before was a direct route to her next muse. Due to its affordability, Wang went to Florida and met Dylan, a street kid in his early 20s who has chosen to be homeless. Getting by on his effortless charm — local businesses provide him with grub and pedestrians give him some hefty change — Dylan consistently chooses the harder road and uses alcohol to confront his larger issues. Befriending Dylan and developing a mutual respect for her main character, Wang temporarily embraces that world as well: eating pizza from the garbage, cleaning herself in public bathrooms, and allowing herself to be filmed by her subject. Even as the police arrive one night to check on them as they sleep under the stars, Wang remains by Dylan’s side as frustration mounts.

The visual rawness of the first third of the material emphasizes the inclusivity of Wang’s journey; a dramatic shift to a cleaner, sharper image as the story moves forward and she heads home to New York emphasizes the disillusionment her base city offers (the cleaner the image, the more pronounced its artificiality). A film very much about turning the camera on one’s self, I Am Not Another You finds further depth when introducing Dylan’s father, a Utah-based detective with a habit of filming his daily self-confessional car rides to work. An incredibly sympathetic figure who serves as the narrative backbone, Dylan’s dad provides the context his son cannot, and there’s a powerful sequence where Wang, visiting the recently reunited family in Utah, shows them footage of Dylan’s uncomfortably awkward homeless past. Dylan enthusiastically encounters the footage with sentimental nostalgia, while the rest of his family, gathered together on the sofa in the living room, is horrified by his reckless actions.

As the film dives further into what makes Dylan tick — allowing the necessary questions of long-standing mental illness to be raised — Wang’s film grows to become a literal representation of the act of seeing, of what we (and in affect, she) missed when encountering Dylan for the first time. The film is about discovering someone once and then doing it all over again with further context. Dylan’s journey isn’t necessarily finished, but the film humanizes a face we see all too often on the streets and choose to ignore.

La Barracuda is a delightfully sinister tale that views an incoming stranger as a human question mark. Halperin and Cortlund, two Austinites with a real appreciation for their city, are completely game in foreshadowing and teasing out the tension of this mysterious figure. As a couple arrives home after a long day, they find Sinaloa, a young woman from Brighton claiming to be the woman’s half-sister, waiting on their doorstep. Naturally, the couple (and particularly Merle, played by Allison Tolman, shocked by a sister she’s never met before) are skeptical of this mysterious intruder. Their father, a well known country singer, met Sinaloa’s mother on tour; as tends to happen, one thing lead to another and Sinaloa was born and raised in the shadow of a father she got to know only through music. Or at least, that’s the story she presents at the outset of the film, and the one that allows her to stay with her newfound sis for an extended period of time.

A film in which every exchange with this mysterious figure is a cause for reservation, the filmmakers work hard to present an objective style that doesn’t tip its hand as much as allow you to view the character with your guard up, just in case. While there are only a few moments of Sinaloa alone away from the other characters she may or may not be deceiving — she plays guitar on the streets for petty cash and sings at a local watering hole to an audience of four — the screenplay carefully avoids any dramatically shocking moments. Depending on your optimistic/pessimistic point of view, she’s either someone who desires a need to fit in or a parasitic manipulator looking to force her way in. Attending a family gathering with primarily older folk she’s never met, Sinaloa strikes up an impromptu music session over a campfire and the older musicians jam along with her. It’s a moment that sums up the entire film’s balance between accepting the outsider and questioning their reasons for being there.

The film gets considerably darker the further it progresses through the story, but its sense of mystery and ambiguousness are skillfully upheld. JoBeth Williams, an actress seemingly game for anything, has a fun supporting turn as Merle’s overbearing mother and, after a tasting session for her daughter’s upcoming wedding goes poorly, you cringe in your seat at the possibilities the filmmakers have in store for her. As Sinaloa, Sophie Reid is excellent at allowing her character’s words to draw us in and her actions to push us further away. Often placed in the background as other characters remain unaware of her presence (there’s a great moment where Sinaloa relieves herself in a garden as two characters partake in conversation; her placement in the frame is itself the joke), Sinaloa is a wandering soul who exits as quickly as she arrives. La Barracuda has ample fun attempting to figure her out.