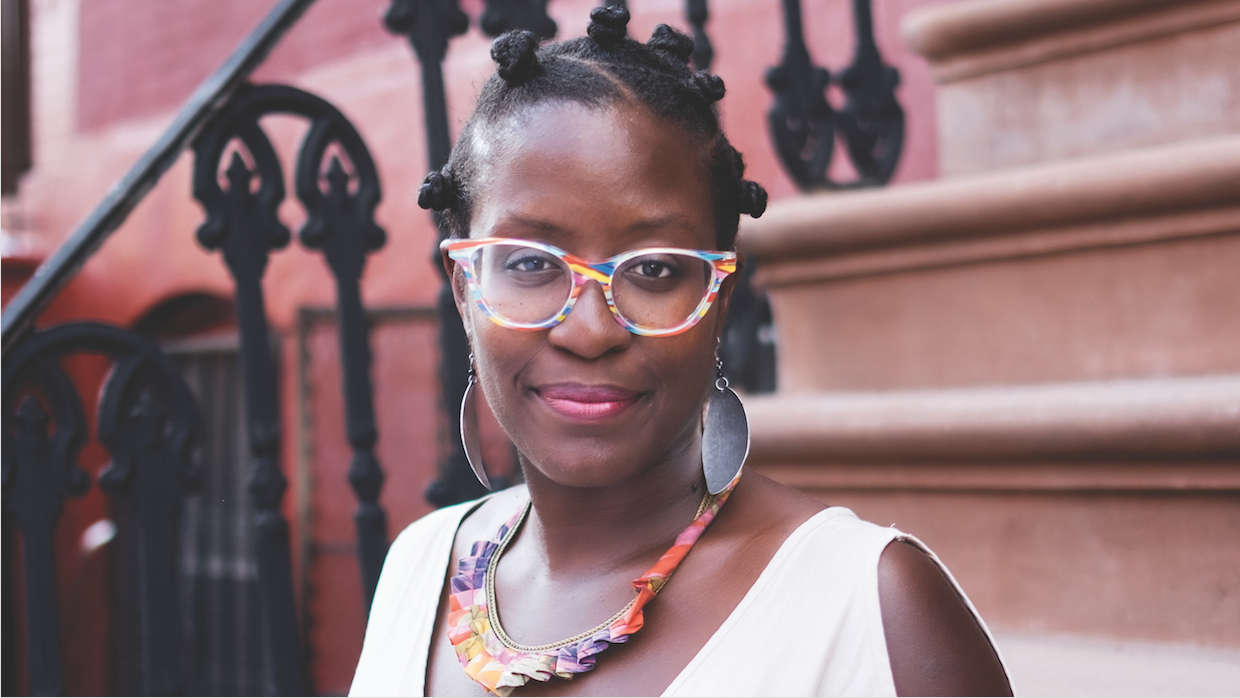 “If filmmakers actually knew what industry people thought of their projects and were able to receive constructive criticism and what I call ‘productive honesty,’” says Iyabo Boyd, “they’d be able to improve at a much faster pace than just with that filmmaker peer-to-peer thing.”

Boyd is speaking here of the realization that led to the creation of Feedback Loop, her new advisory service for filmmakers. Boyd — an independent film producer (the ’17 Berlin-premiere and Tribeca selection, For Ahkeem), writer/director and veteran of filmmaker support organizations (most recently Chicken & Egg, but also Tribeca Film Institute and IFP) — has gathered eight other film professionals to offer filmmakers guidance on issues ranging from fundraising to festival strategy to rough cuts to distribution. Fees range from $550 to $1,000 for a round with Feedback Loop — services that include review of development materials, fine-cut review, grant or distribution strategy and, according to the outfit’s website, “rare access to funders’ points of view.”

If the above sounds familiar, that’s because some combination of these activities are provided by the various institutional labs and programs, such as ones run by Sundance, FIND and Filmmaker’s publisher, IFP. Cinereach also runs fellowships supporting filmmakers. What’s different about Feedback Loop, however, is its accessibility. All of the above organizations run programs that are highly curated, selecting a small number of filmmakers from hundreds or even thousands of submissions, or they are invitation-only. Boyd says anyone who wants Feedback Loop’s services can obtain them, and she’s looking to supplement the work of — and, in the future, possibly partner with — some of these organizations. In addition to Boyd, Feedback Loop’s advisors include producers Tracie Holder and Adella Ladjevardi (funding); filmmaker Jeff Reichert (filmmaker and former distribution executive); former SilverDocs festival director Sky Sitney (festivals); After Bruce PR and marketing execs Eseel Borlasa and Tracy Nguyen-Chung (press, PR and marketing); editor Mary Manhardt (edit consultant); and strategist Jennifer MacArthur (impact).

Feedback Loop works in “dynamic pairs,” says Boyd. “A filmmaker can pick their pairs. They can say, ‘I want to work with these two funders, or I’d like to work with a funder and a festival person, or a festival person and a distributor, or I want to just focus on PR and distribution.’ And they can come to us as early as having a treatment plus a short sample all the way up to a fine cut.”

What’s the experience of Feedback Loop like? “Filmmakers first come in for an advisement session,” says Boyd. “We talk about their goals and anxieties and what they’re looking to do with the project. We give them feedback on their written and visual materials, and we also do a ‘behind the scenes’ conversation between me and the consultants — kind of like a programming or funding panel, where we discuss the project, its benefits and drawbacks and where it lives in the landscape. We record that as an audio conversation, give it to the filmmakers and then give them a little time to digest. Then they come back and have another session with an advisor where we synthesize the notes: ‘Okay, how do you take these notes and move forward into an action plan? What are the next five to 10 steps you need to take to make it more competitive for funding or for festivals?’” Filmmakers also receive written sets of notes from the advisors, which, in the case of cuts, are time-coded.

Limited to documentaries, Feedback Loop aims to fit into a landscape where many films are self-initiated by their directors, who also act as de facto producers. Boyd calls the service “pop-up producing. So many documentary filmmakers can’t afford to have producers. Or they do it themselves and don’t realize they shouldn’t be doing it themselves. Or [they] just need a little more support or a third eye. What we’re doing is coming in and injecting as much support as we can in a very swift amount of time — four weeks.”

Because Feedback Loop doesn’t reject anyone able to pay its fee, and because its turnaround is so fast, it can, Boyd says, help filmmakers “pivot quickly.” “So if you just applied to Fork Films and are like, ‘Crap, that grant was terrible, but now I have 10 more application deadlines coming up,’ you can work with us. We can quickly try to turn it around so that you don’t use the same bad application on five different grants. It’s the same thing with festivals. If you’re like, ‘Crap, this rough cut is ridiculous, why did I send that to Sundance?’ then we can help you so that your application to Tribeca, or Toronto, or Hot Docs is better.”

Feedback Loop also aims to give tougher advice. Boyd recalls a documentary project she reviewed from her days at Chicken & Egg. “It was about diabetes,” she said, “and all of the characters were white. Diabetes is a well-known issue in the Black community. They applied to us twice — each time without any Black characters!” Other times, Boyd says, she’ll think, “There are too many characters in this film. Or this should be an essay, not a film. [Criticism] like that can be reality-check stuff that will save people lots of time, money and emotional strife because they can potentially reformat their project so they can succeed in a different way.”

And while documentary film can sometimes feel like an insular community, Boyd says she’s making outreach her mission. I tell her about the Creative Capital retreat I attended last year, which featured work that felt truly apart from the sort of work that regularly receives grants from nonprofits — artists like Narcissister, for example, who combines avant-garde burlesque with feminist critique. I couldn’t imagine her project making its way through stodgier funders even as the artist’s presentation became the hit of Creative Capital. “There’s a certain ‘old boy’ mindset that’s making things really slow for the evolution of both the industry and creative sides,” Boyd admits. “Hopefully, that’ll be the next wave of diversifying. We already are talking about women. We are just starting to talk about actual people of color, in terms of diversity. And so, the next step is diversity in the kinds of and the quality of storytelling from these groups “

Feedback Loop launched in the spring of 2016, and its first wave of projects is just now reaching viewers. Island Soldier, about the relationship between a small Micronesian island and the U.S. military, is premiering at HotDocs and then Full Frame, and another project, Kids Can Spit, just got a Chicken & Egg grant. Boyd says to also watch out for This is National Wake, about the South African punk band of the late ’70s, as well as Sons and Daughters of the Incarcerated, a doc about three unrelated boys struggling to grow up while their parents are imprisoned.