Revisiting The Topic Of Indie Movies And Youth 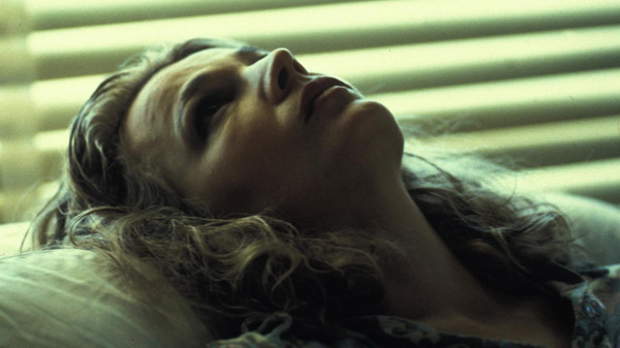 This is perhaps the longest gestating blog post in Filmmaker Blog history.

Back in December, Ted Hope commented on the graying of the arthouse audience in a post entitled “Can Truly Free Film Appeal to Younger Audiences?” He asked:

What is it that new audiences want? What must the indie community do to engage them? It is really surprising how few true indie films speak to a youth audience. In this country we’ve had Kevin Smith and Napoleon Dynamite, but nothing that was youth and also truly on the art spectrum like Run Lola Run or the French New Wave (Paranormal Activity not withstanding…). Are we incapable of making the spirited yet formal work that defines a lot of alternative rock and roll? And if so, why is that?

If there’s no reason to go to the theater to have an emotional (comedic, dramatic, it doesn’t matter) experience that answers questions you have — about being a child of divorce, about how to figure out how to live or love, or about what happens you become intimate and it’s all too much — whatever it is that you’re living — if you lose the habit of seeing movies because the people that make them don’t give two shits about you except for your ability to spend money — you stop going, except for the thrill rides or the exceptional rude boys.

That’s why I thought Judd Apatow was going to matter when I saw Knocked Up. That’s why I think 500 Days of Summer is important. It was honest and funny and smart and generous and Joe Gordon Levitt is uniquely transparent in his emotion. And it grossed 32+MM$.

I think Ted and Cotty combine to make a great point here having to do with what’s needed to regenerate independent film audiences — formally innovative work that addresses the issues unique to each generation. (I use the word “formally innovative” in a very broad and inclusive sense, meaning that I think it’s important that this work feel and be apprehended by audiences differently than studio films.) Unless independent work gives younger audiences insights that feel more honest than the ones they get in studio films, independent films won’t be perceived by a new generation as being valuable enough to make and see outside of a studio economy.

(An interesting paradox here is that some would say that the whole definition of “teenager,” its historical creation, is bound up within the story of consumer culture… but that’s another blog post.)

After reading Ted’s post I suggested to Anthony Kaufman that he explore the relationship of contemporary youth culture to independent film in his “Industry Beat” column. From his piece:

IFC Films’ marketing head Ryan Werner says American indie films with a younger bent, whether the work of Joe Swanberg, Andrew Bujalski or Barry Jenkins, are the hardest to connect to their audience, and not just in theaters, but on VOD and DVD, as well. “There isn’t a tougher breed of film right now,” he says.

Many industry insiders had hoped Lynn Shelton’s Humpday, distributed by Magnolia, would break out, but the film underperformed. “The main thrust was about married people getting older,” says Magnolia Pictures’ Eamonn Bowles, so younger audiences stayed away.

What is the consequence of this disconnect between millennials — those aged 18 to 29 — and today’s American indie cinema? As New York Times critic Manohla Dargis wrote in a piece that picked up on Hope’s blog, “Any future alternative film culture will depend on the cultivation of younger patrons,” she wrote. Not only that, but this is a demographic, she added, “who are used to receiving much if not all of their entertainment at home and on handheld devices.”

Kaufman concluded his piece by quoting Eammon Bowles, who offered a counter viewpoint, arguing against the position that independent filmmakers should target the youth audience:

Magnolia’s Eamonn Bowles says he’s never relied on young audiences. “Independent films are more complex, more intellectual, so it’s really always been the domain of people that are older,” he says. “I can’t speak for the ’60s when Antonioni was blowing people’s minds, but since I’ve been doing it, the younger audience has always been the most overrated.”

After reading these various pieces, including Manohla’s, I decided to do a little bit of casual research to investigate this question from another angle. Specifically, are today’s young audiences inspired by the current group of independent films? Do these films resonate with them on a deep enough level to inspire their devotion to — and investment in — the practice of making films outside of the studio system? If so, what are these films? Or, is an earlier generation of films and not the current one the ones that resonate most deeply with young viewers today?

I sent out a bunch of emails and got a few responses. Mostly, I queried the members of our staff who are in their 20s and some filmmakers I know, and I also encouraged people to forward the emails to their friends, a few of whom emailed me back. So, I can’t say that I got enough responses back to make this scientific in any way. But there were still some interesting trends, namely that with few exceptions this list could have been compiled a decade or even two ago. David Gordon Green is the only director on the list who arrived on the scene in the ’00s. The twenty-somethings surveyed here were personally moved by the acknowledged classics of independent film, the ones that have inspired not just one but several generations of moviegoers. Lots of more current work — the films of Darren Aronofsky, David O. Russell, Kelly Reichardt, Andrew Bujalski, Phil Morrison — got votes, but the people who responded coalesced around the titles list below. (Some of the filmmakers I just listed were hurt by split votes across their various titles.) Is that simply because these admittedly great films are “better” than more recent ones? Or because their perceived value is enhanced due to their classic status? Maybe it’s that they created the templates that others have followed? Or perhaps today’s audiences are too splintered these days, so that the person for whom Momma’s Man is life-changing is not the same one who watches Junebug twice a year? What your thoughts? And if you’re in your ’20s or younger, what independent films have changed your life? Feel free to comment below (or email me at editor.filmmakermagazine AT gmail.com). If enough people respond, I’ll retabulate the list and publish it again.

Below, in alphabetical order, are the top votegetters. In the next few days I’ll run a few of the longer responses that give specific reasons for the choices.