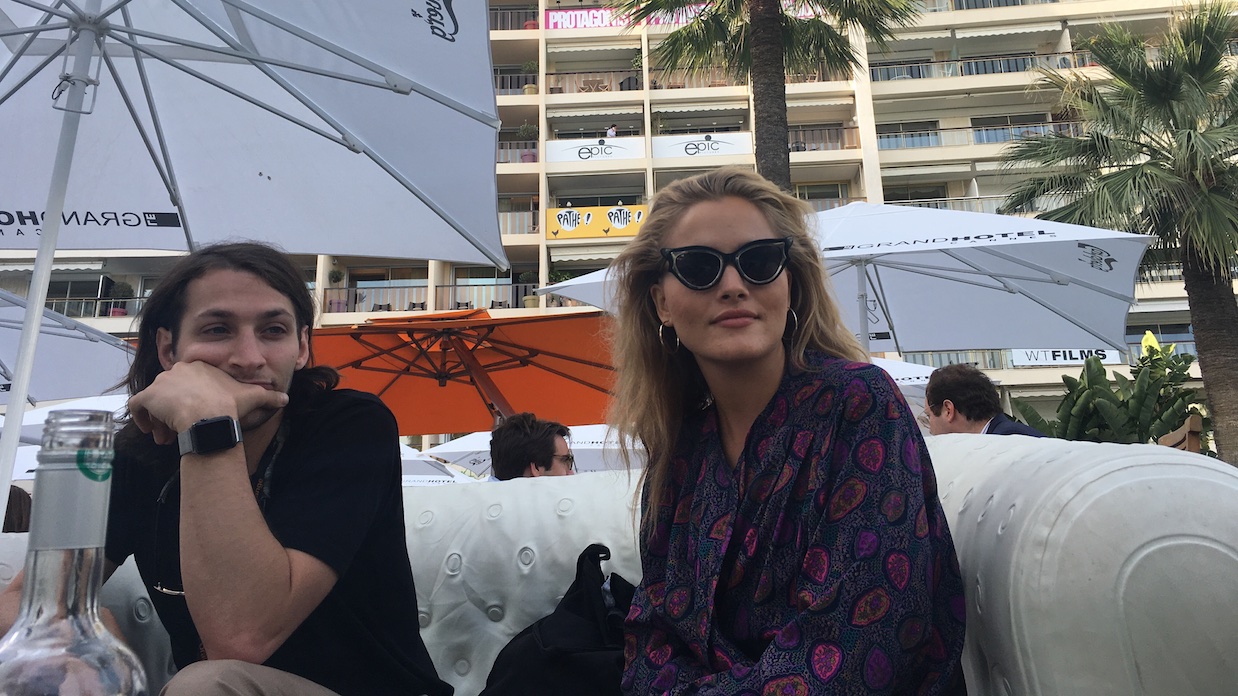 Director, screenwriter and boatbuilder (!) Sam Kuhn is in Cannes premiering his short film, Möbius — described as “a moth-eaten tale of magic and mutation half remembered by a teen poet who’s beloved lies lifeless in a stream” — in Critic’s Week. Filmmaker asked Kuhn, who hails from the Pacific Northwest, to keep a diary of his experiences, which rapidly went from jet-lagged to deeply strange. Here is his second entry; click here for them all.

I’m now feeling foolish, and looking foolish too with my cherry red nose. Without Black Rock things went from bad to — well, in the words of our on-site tech, “everything went to shit after we lost Black Rock.” Things happened which were so troubling I’ve been requested by the crew to not post about it. Perhaps the potentially dangerous person, aka “green witch” (how she self-IDs), was actually a wise protector of the magician’s stone. Perhaps our collective fear of the darkness was unfounded. Perhaps darkness is inherent, necessary, seminal? The frenzy of mishaps reached an end-of-incredibly-long-day crescendo when the green witch arrived at our apartment at 5 a.m., locked out of her own for the night. One of my producers read us “Teddy’s Many Hats” by flickering light of Arabian Tales (some bougie candle also obtained in the gift room) as all four of us lay in a queen-sized bed with pillows spritz edwith “pillow mist” (helluva gift room). As he read I handled the white quartz clarity crystals and suddenly remembered a keystone of the crystal givers personality reading. “You are afraid of your own true power, you want to throw it away,” they said, “don’t give it away so easily, hold back.” I suddenly realized with the blinding clarity of quartz what had to be done. Lesson learned. We had to retrieve Black Rock at all cost. 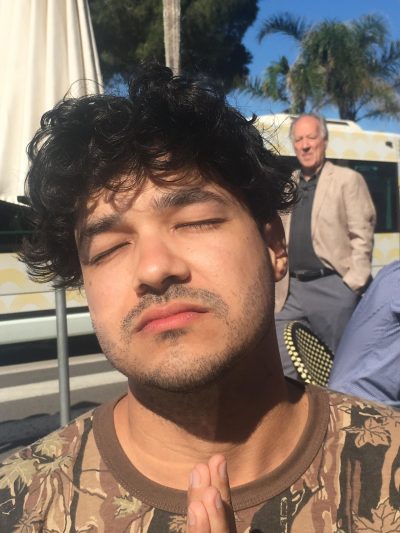 Our producer continued to read increasingly strange tales of bears until the morning light rose enough that we would be able to see into that famously clear Mediterranean. Producer B and Green Witch safely asleep I hit the town with Producer L in search of the Magnum-branded beach club, site of the A Ciambra afterparty. What a morning it was. Gulls were flying high and at tremendous speed. I think I think I even had a minor celeb sighting. I’m 87% sure Jonathan Livingston Seagull was cruising above the Miramar that morning. On the beach we dropped down to our undies and scoured the sand, tits-deep en la mer. After about 20 minutes of blind hunting I realized it would be advantageous to ascertain how far my never-played-baseball throw really was and thus how far from shore to search. So I found a similar-sized stone and, with Producer L deep at sea, hurled it with all I had. Which apparently was not that much. Thereafter I grabbed the two quartz crystals from a festival branded knapsack and carried them out to sea. Producer L had developed a method of moving your feet just below the surface of the sand, slowly shuffling the shore. Any object found could be easily grasped by the feet and then obtained by the other diver. I whispered to the crystals asking where Black Rock was, but to no avail. The puruple in the sky turning pink and the pink to orange, our nipples were about to mutiny. Suddenly remembering we were indeed in France, I whispered to the crystals, “Ou est la Roche Noir?” And then held them high above my head arms crossed as I descended up to my chin. Within no more than 20 seconds I saw an oblong-shaped dark object undulating below. Grabbing it with my foot I felt the smooth glide of obsidian and felt suddenly, profoundly, deeply amazed that it was indeed possible to rescue a volcanic rock from the base of the Mediterranean you’d jettisoned the night before. This in mind I dove down and held it. We goddam found it. I toted that sucker to shore where Producer L and I laughed a deep gutteral laughter. BLACK ROCK was back! This begat a full-tilt sprint down the beach baywatch clutching the quartz and obsidian as the sun penetrated the horizon. In that one perfect moment I felt I was flying fast as Jonathan Livingston Seagull himself.

With white crystals now flanking Black Rock at the base of my bedroom’s Toshiba flatscreen, things began to settle and clarify. I resisted a passing urge to throw Black Rock through the psychotically large Transformers screen, which, like the light of some awful machine god, lit le Croisette at all hours. Though the desire to destroy certain loneliness whirlpools (like the perennially abandoned #emojimovie pier) is very real, I’m learning to contain the volcanic inequity of tone and deaf Ferrari frivolity flanking the art with an utmost of restraint, as is the French way. Speaking of art, I spent the morning with The Meyerwitz Stories, the new Baumbach. It’s the sort of film that no doubt inspires American conservatives to call us artists cucks. An opening scene of Adam Sandler ineffectually parking a Subaru unfolds into an hour something of delightful variations on the screaming same. I must say of all the bards of male impotence, Baumbach is probably my favorite, if only for his avowed determination to keep a certain Whit Stillman stilted wit on screen. I spent much of the afternoon catching up on sleep, then ate what was without a doubt the best gnocchi of my life. Indulging the absurd pleasures of the ruling class while consuming and creating the radical work that aims to undermine their game is a strange paradox to taste. In the lead up to coming I’d been given much advice to the effect, “best time to fly a helicopter to Monaco and ride a jetski in your tux.” You can’t imagine how absurd this sounds when hitting the ears of a 28-year-old male in a 10×10′ room rented in an avowedly “cheap” city for purposes of monastic writing and strolls. But I digress. The evening’s activity was the Critic’s Week opening night party. It felt a bit like the bar mitzvah I never got. Everyone was celebrating the fact that we were all here in this place. As the night slowly swung into the strange strip clubs, I said my goodbyes and made for bed. Early that morning I awoke for an 8:30 screening of Yorgos Lanthimos’ new film The Killing of a Sacred Deer. When I first started going to these “competition” Palme d’Or-contending premieres I thought the constant coughing was on account of everyone being sick from travel, but as I spend more time here its become quite clear its a collective case of chronic bronchitis from the constant smoking in all the cafés. As for the film, it was heroically boring. Yorgos seems uniquely able to align himself completely with the mind of a torturing psychopath and even delight in the game logic therein. Call him a Haneke wannabe, but to me he’s just another hack with bronchitis. Very excited for seeing future films from healthy filmmakers. Nothing to report on the seagulls, they seem to be minding their own for now.