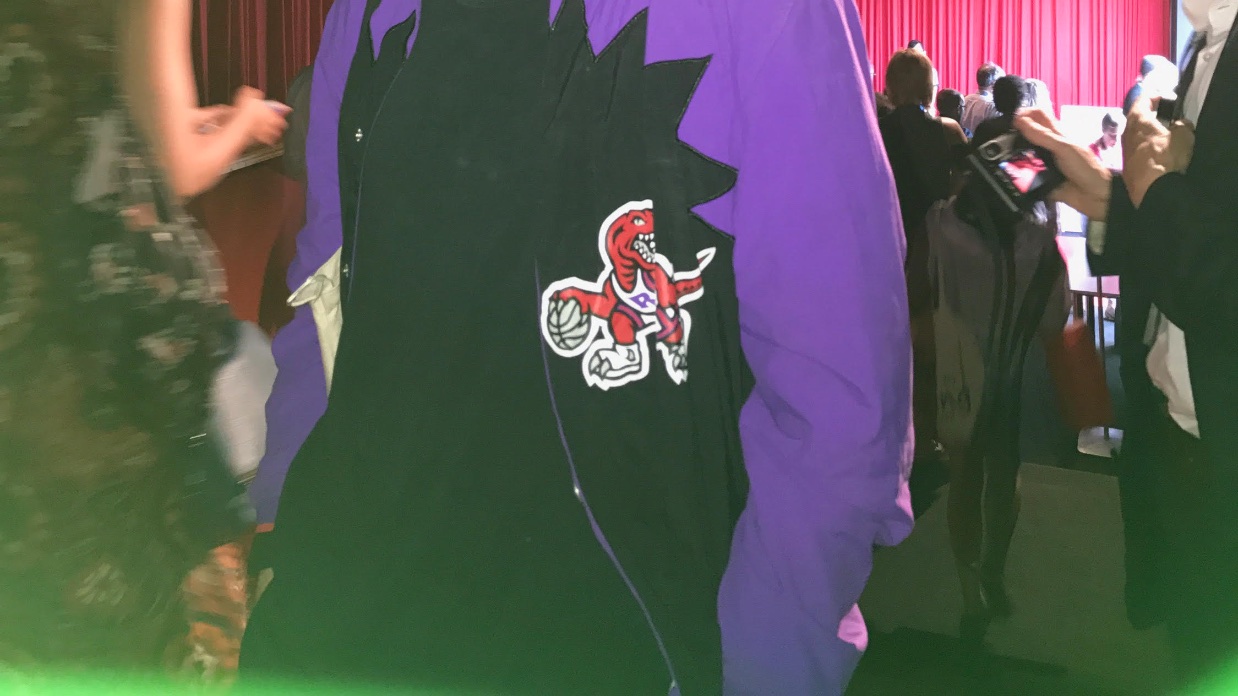 Director, screenwriter and boatbuilder (!) Sam Kuhn is in Cannes premiering his short film, Möbius — described as “a moth-eaten tale of magic and mutation half remembered by a teen poet who’s beloved lies lifeless in a stream” — in Critic’s Week. Filmmaker asked Kuhn, who hails from the Pacific Northwest, to keep a diary of his experiences, which rapidly went from jet-lagged to deeply strange. Here is his final entry; click here for them all.

Full night sleep. First in what feels like forever. Hit the 4:00 PM day-after-screening of Twin Peaks in a Toronto Raptors jacket gifted by Producer L. Most notable was the claim Showtime indeed delivered upon: 25 years later. The actors were old, the pace that of an old, even the locations felt well, old. It was interesting how the visual vernacular of computing had entered the Twin Peaks world but remained true to an early ’90s sense of what computer interfaces look like and are capable of. It seemed clear Lynch/Frost don’t use ’em much. It had me reflecting on this particular moment in American cultural history where those in power have yet to hand down the torch to youngs yet seem divorced from the fundamental currents/conceits of our new information age. I still love Lynch and am curious to see where the series goes even if it felt a bit like folk tales from an old tattooed biker at a bar. Fingers crossed the return of real Cooper will beget a journey into light. I for one have seen enough darkness for a while. Sailors say seagulls are the souls of great mariners departed. Sometimes a film can be like a ritual to disband powers that be or were.