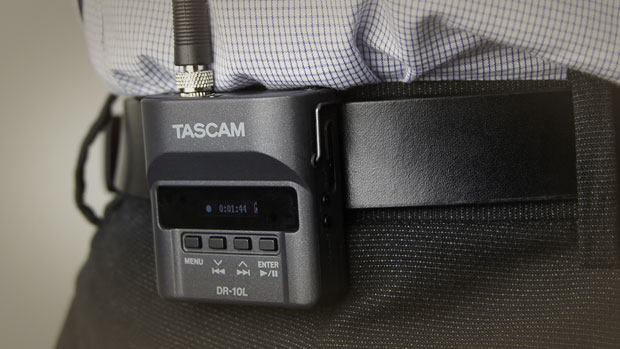 Recording audio on a budget — meaning with few crew and limited equipment — can be a challenge. For interviews I like using lavaliers — life is much easier not having to deal with cables. A good wireless unit will cost you $600 each, and for most documentary work two mics is all you need. But what do you do if you need to record more sound sources?

Well, strictly speaking, you should hire a good sound man. He’ll hopefully bring his own mixer/recorder and extra wireless units too.

But cost and complexity are still an issue. That’s why I was intrigued when I was at a recent presentation of Tascam gear and they talked about the Tascam DR-10L. These little recorders are about the size of a traditional wireless body pack, record to a microSD card and come with a lavalier mic. The DR-10L was only released late last year and costs only $200, including the mic. 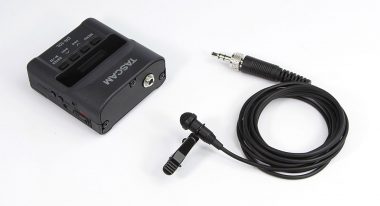 It’s a small digital audio recorder that looks like a wireless body pack. It’s almost two thirds the size of the Sony wireless transmitter — though slightly thicker at 1” vs .79” — and it’s less than half the weight (including batteries.)

At $200 it’s a third of the cost of a wireless mic, and it records at 44.1kHz/48kHz, 16/24-bit linear PCM. It operates for up to 10 hours on a single AAA battery and has a dual recording mode. With this mode turned on the unit records a second copy of the audio file at 6db lower; a good safety if sound levels get unexpectedly high.

Tascam also sells two other recorder options modeled on the same base units. The DR-10X ($119) is a unit that has an XLR connector, while the DR-10SG $149.99 has a shotgun microphone permanently attached to it.

A fourth unit, the DR-10C, is not available in the U.S. but seems similar to the DR-10L. It adds a pass-through for connecting it to a wireless lavalier bodypack so it can be used to record a backup of the signal being transmitted by the wireless unit.

What are the cons?

As you’d expect, you don’t really have a way to monitor the unit while it’s in use. It does has a headphone jack, but in most of the situations that’s probably of little use. Despite this, I suspect it’s pretty reliable, but not as reliable as audio you can monitor. So use it as a secondary source; if you’re interviewing a group, use a shotgun to capture a reference track, and use some of these to get better individual audio recordings. 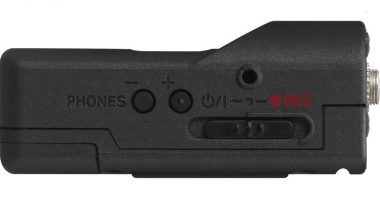 Why not use an old cell phone?
At the presentation I went to, someone suggested that they’d use their cell phone as a recorder instead. In a pinch that’s an option, but your cell phone doesn’t come with a lavalier and body clip, and lacks other functions like optional limiter and low-cut filter. Though the DR-10L doesn’t have a lot of buttons, it has dedicated buttons for the functions you need, including a single button that turns it on and will put it into recording mode. It’ll be a lot quicker and easier to operate than any phone/app combination I’ve used.

Of course you could also buy a small portable digital recorder for less than $200. There are some quite good ones out there, but they don’t come with a lavalier, and they aren’t really ideal for attaching to your subject.

In short, I’d still buy one or two wireless mics as your go-to solution, but for additional tracks, one or two DR-10L’s may be worth getting.