Watch (and Look): Teaser and Poster for LAFF Premiere, Everything Beautiful is Far Away 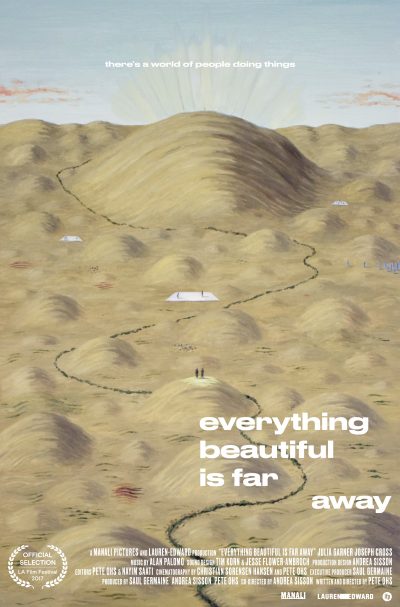 Traveling across a barren landscape, Lernert digs through piles of rubbish in an attempt to build a body for his companion, Susan, the unresponsive robot head who hangs from the back of his pack. The pair come across Rola, a spirited young woman who lacks survival skills but makes up for the deficiency with sheer determination. This unlikely trio navigates the harsh desert in search of a mythical water basin that could replenish their depleted resources and renew their will to carry on.

Bolstered by an enchanting score from Neon Indian, Everything Beautiful Is Far Away is a refreshing, fable-like debut from directors Andrea Sisson and Pete Ohs. Physical and symbolic isolation perfectly encapsulate modern concerns in this feature that is both thoughtfully sparse and rich with details.