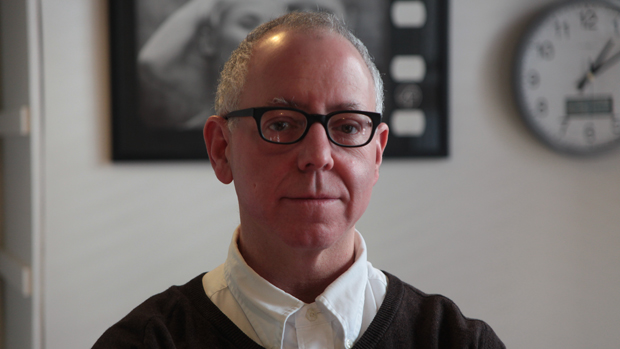 Dear Ted, sure it’s the end of the world as we know it, but before the lights go out, I thought I’d respond to a couple of your points.

“Acquisitions are driven by marketability alone?” Of course they are, silly. We got late capitalism on our hands here, not centralized planning. That means that many people who used to be shut out of the public sphere — women, gays and lesbians, African-Americans — have found a place in our problematic cultural landscape precisely through the process of getting organized as a “market.” (Of course, they damn well organized in a lot of other, more overtly political ways, too.) In a political landscape in which traditional forms of democratic participation are disappearing or at the very least mutating, a market can be a kind of community, and the consumption of cultural commodities can help people form and articulate identities and solidarities of real importance. Sure everything’s always already “co-opted” by the system, and listening to radical tunes is no substitute for voting, but even simply being able to share some kind of expression that’s meaningful is already an act that promises some hope of community. And today that process of sharing, for better or worse, often takes place in a market context.

1) How to get people and experiences who are left out of the cultural market into it — like indigenous folks in the non-world-ordered parts of the world; and 2) how to keep people (or at least some of their experiences and expressions) out of the cultural commodity market — like children, for example, or really all of us, to the extent we can believe that it’s still possible to share meaningful experiences without articulating them through the commodity system. (The question is: is it possible to “say” anything important, even audiovisually, without relying on commodification and sales — is there any hope left for political expression, civic expression?) The fight for “free” channels of communication on the Internet is the big new battleground here, along with the fight for more imaginative forms of marketing and publicity for our commodified strips of celluloid.

“Demand filmmaker-friendly finishing funds?” Cut the Aesopian feints — you talking ‘bout John Pierson here, or what? The fact is, Pierson offers his deal, and, as they say, it’s a free country — if someone can get a better deal, may the good Lord bless ‘em. In the meantime, make all the demands you want, but I don’t know of any better finishing fund out there (except for mom, dad, and Uncle Schmo).

“Make your licensing deal simple — you don’t have the time to track the ‘corridors’ and ‘bumps?’” I’d rather take a “bump” based on gross box office than wait around for an “industry standard” profit statement.

“Financing small films through presales is too costly and time-consuming?” Sure it can take three, or even, as we know all too well at Good Machine, four or five years — but are you going to tell Todd Haynes and Nicole Holofcener that it wasn’t worth it?

“Develop a direct mail publicity system?” Hell, it’d be more efficient if we just nuked the forest and got rid of the trees in one fell swoop.

“There’s no support system — the IFP’s and Sundance are the lone beacons but even these not-for-profit groups are reliant on corporate dollars?” In typical “indie” fashion, you’ve forgotten an advocacy group that really is independent — the Association for independent Video and Film. Sure, they spend most of their time fighting for documakers, video radicals and public TV types — but in fact every cynical Tarantino-in-the-making has benefited and continues to benefit from the AIVF”s long history of struggle. Worrying about the future of public access and NEH appropriations may not seem like the sexiest thing to a newly-discovered festival face while he’s being flown around on his press junket, and maybe it’s all just too “political” for our bevy of visionary geniuses and deal-making producers, but at some point we’re going to realize the importance of the fact that we deal on a daily basis, with very basic issues of freedom and censorship that are not at all easy to control or even conceptualize.

Now I myself enjoy and admire a great deal of the culture produced and distributed by the media monoliths and their specialty divisions — I even feed from time to time at the corporate trough — so it’s not a matter of encouraging the falsely superior us-vs.-them mentality so abundantly (and so hypocritically) in evidence at our various independent award dinners. It’s just that without a more activist and serious dialogue about media and power our lives will be that much less empowered and enriched.

“Develop a specialized film database?” We already have one — it’s called gossip. One of the great things about the IFFM and Sundance is that they serve as places where info can disseminate in a less-than-controlled and less-than controlling way. Then again maybe Filmmaker can start running some of those hard-hitting exposes of the (blessedly few) sleazebuckets in our business running around and ripping people off — I don’t want so much a database as I want the dirt. I do find, however, that between The Independent and Filmmaker I get a lot of great technical and business info already. And frankly, the will to knowledge that the endless compilation of such information elicits is not something I believe all that healthy. Gossip, a general sense of the market, and a firm belief in the vision and skill of your creative team are far more important to the independent producer than the kind of numbers running the statistics-rich studios rely on. Sure, if I were spending $20 mil on Sly I’d want to know what his mug was worth on a video box in Japan, but knowing The Brothers McMullen is a hit doesn’t help me much when deciding to work on the next no-laud, no-name labor of love.

“Film schools produce directors and not producers?” Agreed, exempt for that small beacon of sanity, the pioneering producing concentration at Columbia University’s film school, which really does focus on the education of independently-minded producers. (Gosh, did I modestly forget to mention that I run the producing program there, and that I’m always willing to accept donations on behalf of my excellently talented students?)

“Form an independent producers Association?” Okay Ted, you go to the first 400 hours of meetings, and let me know how it goes. In the meantime, I’ll renew my memberships in both the AIVF and IFP. Hey, aren’t you at the board of IFP, by the way? If IFP is so co-opted, why don’t you either 1) quit; or 2) demand that the IFP board be elected by the membership, instead of through the Star Chamber process.

“Letter writing campaigns in support of and in opposition to critics?” American film criticism sucks because America sucks. If you want to change it, try helping improve our pathetic education system and let the trickle-down effect take its course. And save your letter writing for your congressman, fer crissakes.

“Industry financing options are diminishing?” Sure, Euro TV and cash-rich fly-by-night video empires have dried up, but as you know, the even bigger problem is that financing options are in fact increasing — and with the increase in market-money comes the attendant increase in market pressures. If you don’t want $3.5 million for your next film, fine — don’t take it — and you won’t have to hassle with trying to find a way to fit Elle McPherson into your cast. It’s no news that the lower the budget the higher the aesthetic freedom — it is news that people with money are out there pretending to be an indie’s best friend in more numbers than ever before.

The fundamental issue here is an ethical as well as numerical one: independent filmmakers, as they move from one film onto the next, get older and as the years go by, what used to be a vocation becomes of necessity a profession. But it’s not just simply the need to pay the rent — both at home and at the office — that affects the independent community as it “matures.” Assuming one keeps one’s fiery independent spirit and spunk alive, there’s also the practical and moral problem of trying continuously to crank out films that don’t pay much (or anything) to the crews and talent who make them. At Good Machine, we’re always struggling with a balance of production, and I think it’s the best one can do if one hopes to make of one’s life work the continuous participation in films both successful and challenging. Corman and the guys at Troma make no bones about the fact that they’re making millions on the backs of youthfully-inspired slave labor, arguing that they’re providing the career training and experience that people need to go on to other jobs. And they seem to have a point — though they never get the privilege of working with their crews and creative teams on bigger and better challenges, as we sometimes try to do.

Oddly, as the independent infrastructure grays (including producers like us, pal), it becomes, depressingly, more and more stupidly ageist and infantilized — a trait shared to great extent by Hollywood, too. The “independent” scene, unlike the earlier Euro-inflected ‘art house” culture, has a hard time dealing with mature and experienced voices — we’re too busy rushing around looking for the next barely post-pubescent auteur to market.

The problem is not, as you complain, that distributors look for the same old thing, but rather the opposite — the entire independent scene, from critics and festivals to producers and film schools, are so frantic for the next wave to hit that they forget that a great share of the greatest films get made by people (Ozu, Ford, Jackie Chan, etc.), who tend to make the same film over and over again, each time getting better at it. And audiences traditionally have not had much of a problem with that. As the audience for independent film itself ages — college film societies are too busy screening last year’s megahits to give two shits about Claire Denis or Hal Hartley, and it’s their parents who are buying those art-house tickets! – the independent community continues to self destruct through a neglect of its own institutional memories.

Okay, so now I’ve had my high-minded rant. In any case, we’re still even with all the differences listed above, more or less in agreement. So in closing, let me thank you, as your business partner, for alienating every distributor with whom we attempt to do business here in the States. Since no one in the film biz is going to be returning our calls the morning after this crap gets published, I suggest we get into the home shopping thing pronto — and if we meet with any modicum of success, you have my permission to alienate everyone in that business in a few years, too.