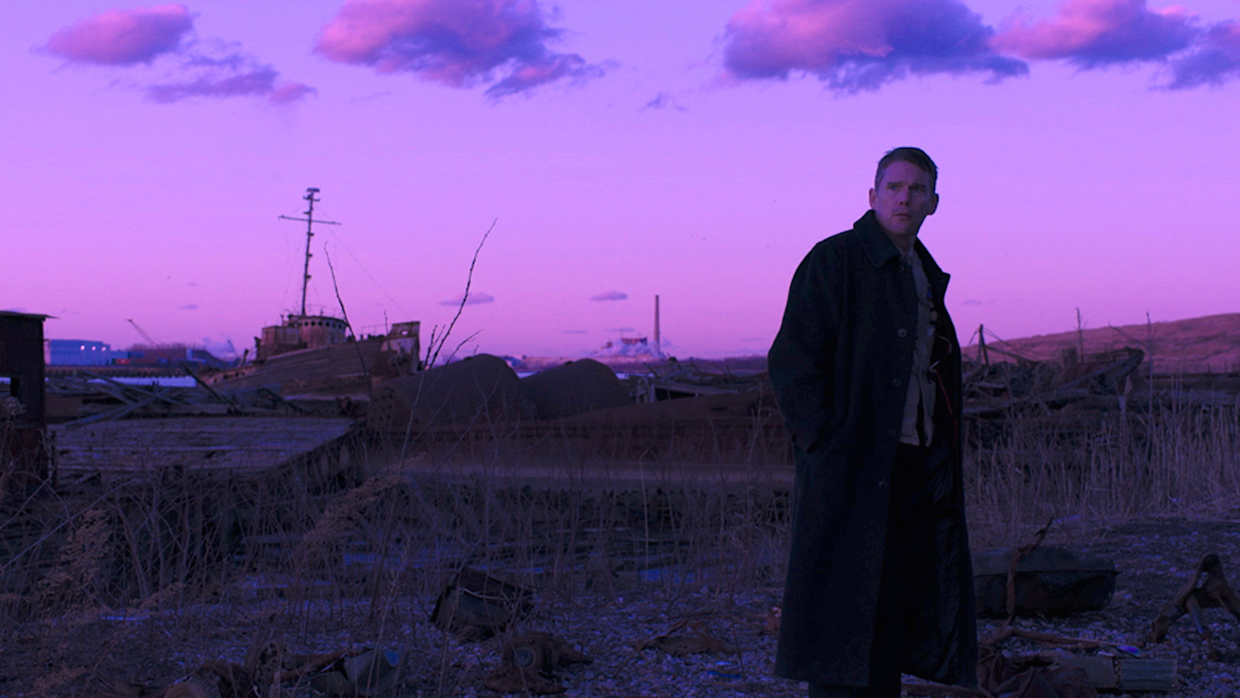 In an interview in March, Paul Schrader questioned the ongoing usefulness of Slow Cinema. “It had a real interesting moment in the last 10 years, but now the novelty has worn off, and people are not as mesmerized as they were when the slowness was really being used as a new concept of film time,” he said. “It’s a dead end. […] There are still bits of transcendental style. It was a precursor to slow cinema, but it’s not really that slow. A terrific film like Silent Light is closer to transcendental style than slow cinema, but they lump it in with slow cinema now. I just finished directing a film that I’m trying to do as a quiet film.” Now: I could quibble with Schrader’s taxonomy and diagnosis, though I’m sympathetic to it. Like any idiom, Slow Cinema can still surprise and affect when a real artist explores it rather than using it as a calcified style, and that danger is always present. Ironically, the film that prompted Schrader to start thinking about making his own entry in the genre is Ida, precisely the kind of film I’d cite as being a fairly unimpressive, prefab piece of work. (A less prominent example would be something like Stations of the Cross, and if you haven’t heard of or seen that, that’s kind of the point.)

But regardless of how I feel about Schrader’s pronouncement, there’s something very cool about First Reformed, which acts as a form of film criticism and quite credibly engages with the medium it seeks to course correct. A Ghost Story and Columbus both attempted the same earlier this year — less successfully, I think, though the viewing homework was certainly done — and there’s Kelly Reichardt, but otherwise it’s been a long time since American independent cinema went there with Gus Van Sant’s Gerry/Elephant/Last Days trilogy. At first, Schrader appears to have assimilated the method wholly: we’re in a 1.37 square frame, there’s a very slow and portentous dolly in on a church, and the first few scenes flirt with the staples of this kind of filmmaking: meticulously symmetrical framing, a paucity of dialogue, etc. But two things immediately make this different: before we get to the church where Toller (Ethan Hawke) ministers, we spend some time with him. It’s immediately clear that Schrader is revisiting and revising (and not shy about taking as a template) Diary of a Country Priest, which I’d highly recommend rewatching as prep beforehand if it’s been a while: Toller writes a diary in longhand, and Schrader goes all in with his framing, the precise same overhead tilted-down shots and angles Bresson used.

Schrader follows that film’s plot structure pretty exactly: Toller ministers to a small and largely indifferent congregation, and like Bresson’s priest he wonders, “Maybe I shouldn’t care about whether people like me?” Just as in Country Priest, there’s a conversation with a parishioner averse to their faith which evolves into an epic back-and-forth — and, keeping with the plot outline, that person’s subsequent death calls the priest’s judgment into question. Bresson’s priest dunked bits of stale bread in red wine: Schrader’s uses whiskey instead. Country Priest is yoked here with another Bresson, The Devil Probably, from which Schrader takes an angry strain of ecological panic, updated with some present-day stats. That soul-sick parishioner is an environmental activist who reels off a number of stats and projections I’m familiar with, and he’s right on: this is the very rare film to accurately and with sufficient apocalypticism remind us that some very bad (worse!) things are about to happen within our lifetimes.

Where Schrader diverges from Bresson is pretty predictable: Toller’s a disturbed loner, and when all this is brought to his attention and he collides with some dynamite, you can pretty much see we’re going Bickle again. But even before that juncture, Schrader splits from Slow Cinema proper: where the first few scenes are right in the vein, the rhythm immediately changes as soon as Mary (Amanda Seyfried) enters his office after a service and asks Toller to talk to her husband. It’s the first dialogue exchange in the film, and it’s not stylized or distended in any way: the pacing immediately picks up. If much of Schrader’s framing is very close to, say, Carlos Reygadas, his dramatic structure and instincts are much more plot-driven. He’s taking the tools of Slow Cinema to basically argue we need to go back to Bresson rather than, say, Tarr — I’m not sure it’s an argument I agree with in general, but in practice it’s absolutely fascinating to watch him use the idiom against itself. From there on it’s a wild ride, full of bluntly didactic and absolutely justifiable climate change panic, a sequence that shouldn’t be spoiled that tackles a staple Tarkovsky motif and pushes it in a startling direction, and a nervewracking climax whose moral calculus is not, it turns out, preordained.

First Reformed premiered at the Venice Film Festival and will play next at TIFF.