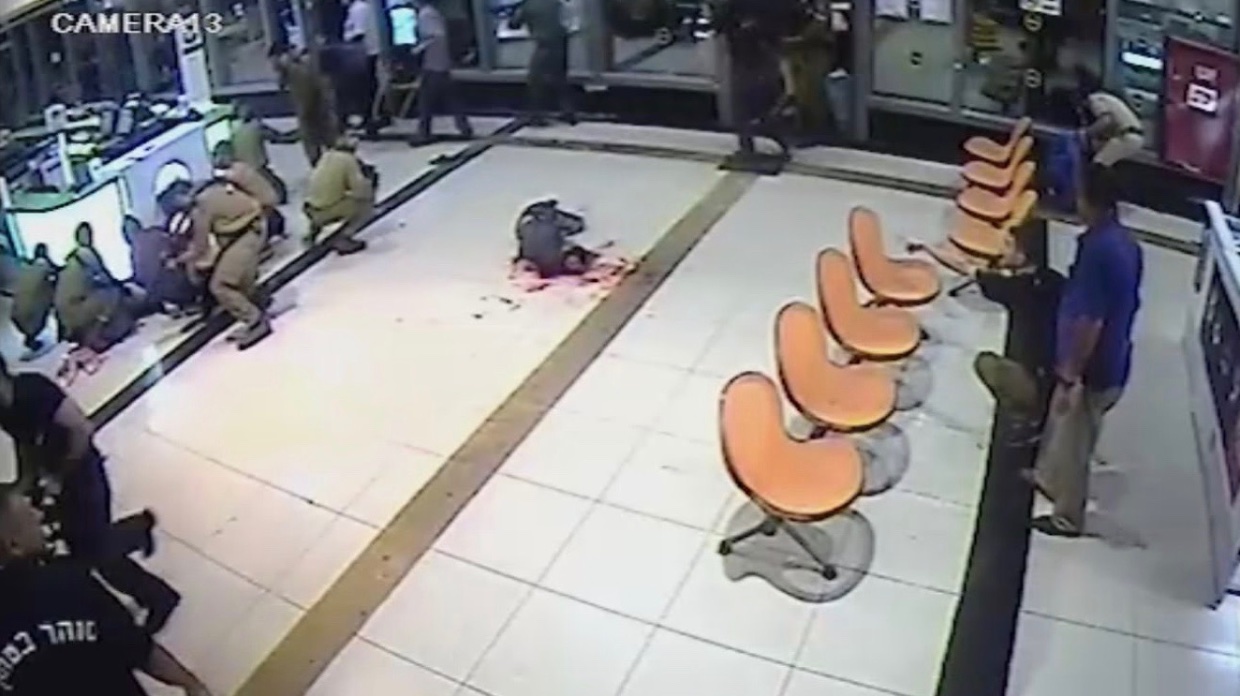 Death in the Terminal

“Making movies is really me feeling like I shouldn’t be writing something on Facebook,” Jim Cummings says. “It’s taking that energy and making a short film that can be a timeless thing.”

When Topic commissioned the writer, producer, director, actor to make a short film series for the website’s inaugural launch in July, Cummings knew exactly the ideas he wanted to pitch — all subjects dealing with epidemics happening in America that were “going kind of unnoticed.” Within five weeks after meeting Topic Studio’s Nick Borenstein at his SXSW screening of The Robbery, Cummings had not only sculpted his ideas into scripts but had also shot, edited, and delivered the three one-take films that debuted as the new website’s centerpiece series, “Still Life.”

Topic is the newest digital arm from First Look Media, the multi-brand non-profit company launched by eBay founder Pierre Omidyar in 2013. “It’s almost like an audio-visual magazine,” says Senior Vice President Anna Holmes. “I don’t know if Topic will ever have a very distinct voice the way the last web property I started,“ she says, referring to Jezebel, the site she launched in 2007. “It’s really about amplifying the creator’s voices.”

Cummings has made 10 single-take films in the last two years, including the 2016 Sundance Grand Jury Prize winning Thunder Road. “I really love what they do to audiences,” he says, “it doesn’t feel preachy. It feels more like an experience.” The digital platform that Topic has built showcases short-form video content made with craft and high production value. The stories feel of the moment rather than reactionary to it, and the selected filmmakers are distinct in their points of view, inspiring immediate and lingering reflections from audiences. The website in its entirety feels like an experience. Each month, the films presented together are united by a shared theme.

For the first July issue, themed “State of the Union,” notable films acquired include Joe Callander’s Tim and Susan have Matching Handguns, Elizabeth Lo’s Hotel 22, Reinaldo Marcus Green’s Stop, and Anna Sandilands and Ewan McNiccol’s The Roper. All aforementioned shorts screened at Sundance, and each of the filmmakers have in previous years made it on Filmmaker’s 25 New Faces list, including Cummings in 2012. “The resounding theme of Topic as an entertainment brand is always filmmaker driven,” says Borenstein, Director of Programming and Content.

Even when commissioned to turn something around in a window as narrow as five weeks, filmmakers deliver stories based on ideas they’ve been developing for months. “From my intuition and experience,” says SVP Holmes, “audiences tend to be more reflective and thoughtful with stories that took time and thought to make.” The short bursts of opinion, quick reactions and very intense emotional ones swirling around the Internet are increasingly inadequate for people who really want to engage in thoughtful discussions, she says. “Don’t confuse social media likes, retweets, high-fives with doing work and practicing a craft.”

The second August issue, themed “Women’s Trouble,” featured a centerpiece series created by Cirocco Dunlap, who was first contacted by Topic after publishing a New Yorker story. “I didn’t want to do a traditional webseries, something sequential,” she says. Her five short films, together called Everything Is Okay, are Twilight-Zone-esque darkly surreal commentaries on dating and working. “Comedy exists primarily as a way to deal with grief,” Dunlaps says. “I think stories that take out the grief, it’s like taking out the reason.”

The debuting centerpiece for the third September issue, “Rashomon,” is a feature-length documentary by Israeli filmmakers Tali Shemesh and Asaf Sundry called Death in the Terminal. Executive produced by Mark Boal and Annapurna Pictures, the 55-minute film captures a haunting and savage incident inside an Israeli train station in 2015. After winning Best Documentary prizes at IDFA, Hot Docs and Toronto, Death in the Terminal is premiering online at Topic dot com in partnership with BuzzFeed News. As of today, the film will stream for free on both platforms.

“My first inclination to only showcase short-form work on the site quickly went out the window,” Holmes says. She encourages her team to consider different length projects without defining or having to label them internally. The same flexibility applies to format — the documentary stories are as narrative as the fiction films hard-hitting, and as result, the site feels like a more holistic presentation of visual storytelling. Of all the projects she and her colleagues are planning to license, develop, acquire, or produce, the majority will be original, but otherwise, she says what qualifies or characterizes a potential Topic story is open-ended.

Holmes’s background is in journalism, but having reported for Entertainment Weekly, she’s “not totally illiterate about Hollywood.” Traditional film and TV gatekeepers who omit storytellers from a variety of backgrounds are less powerful in light of today’s online possibilities, she says. “We want to work with up-and-coming people, maybe a lot more women you’d see than anywhere else, or from other countries, or people of color who normally don’t have a lot of access to capital, human or financial, to help them tell stories that feel meaningful or useful for audiences.”