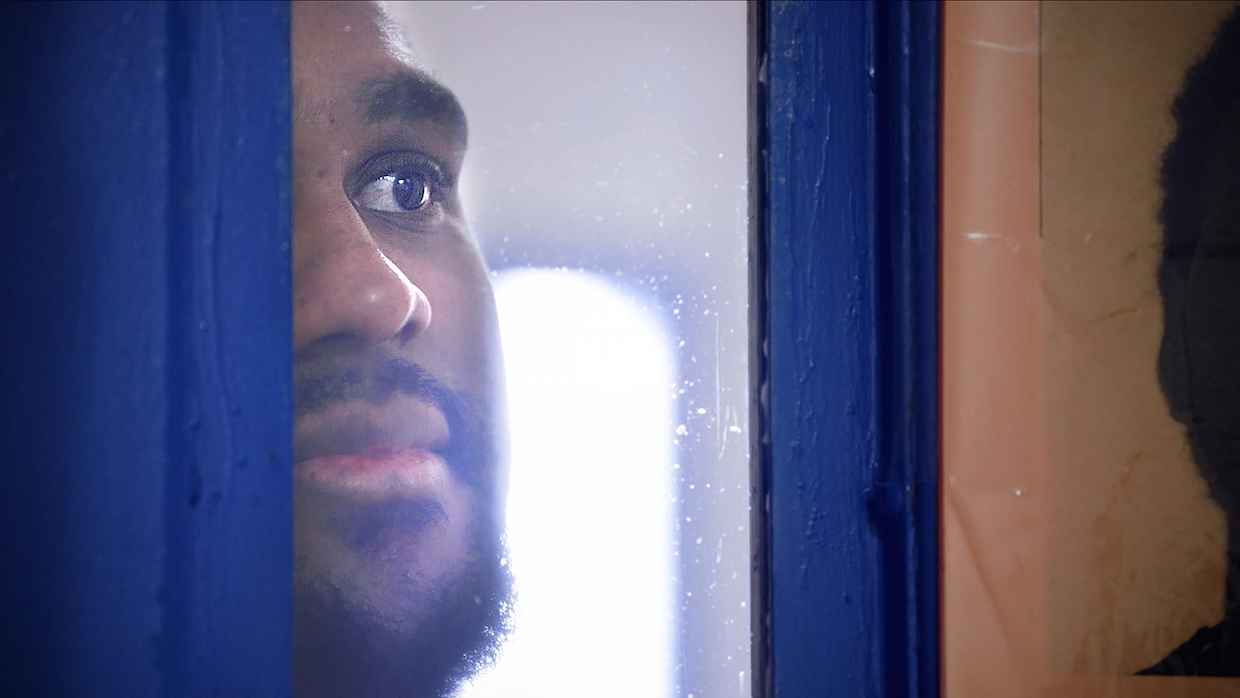 At “What Makes a Great Interview,” a November 12 panel at DOC NYC, moderator Sandi DuBowski (Trembling Before G-D) offered his reflections on interviews: “People want to have a cathartic experience, a soul journey… to take a breath out of the everyday rush and really sink into their life. I think interviews are very holy and they are gorgeous and there is something about life in them that is special.”

Three filmmakers joined DuBowski on the stage to reflect on their process for conducting great interviews, from their personal theories to little tricks in the tool bag (like dropping a pen to interrupt an interview that’s derailed).

Martina Radwan is the cinematographer of The Final Year, which follows President Obama and his foreign policy team during their last year in office. Because of the film’s location shooting, the filmmakers’ interviews tended to be shorter and more in the moment. Kristi Jacobson directed Solitary, which features interviews with inmates who often spend 23 hours a day with no opportunity for conversation. And Sam Pollard directed Maynard, the archival-based film on the first black Mayor of Atlanta, which drew heavily on interviews with the Maynard family as well as public figures such as President Bill Clinton, Al Sharpton, and Jesse Jackson.

Jacobson stressed the importance of preparation: spend time thinking about the story, style and approach. “Spend a lot of time with your DP talking about the film and sharing ideas as well as screen grabs, clips and photos,” she said. “Make sure you are speaking the same language before you are in the field making decisions; you want to make sure you agree what is stylistically superior and don’t have divergent opinions.”

Jacobson also stressed taking the time to think about the story you are trying to tell and the perspectives you need to hit. “Imagine how the interview will unfold,” she recommended, “especially if you only have 30 minutes.” She suggests giving a lot of thought to the subject matter ahead of time, and not bringing a list of questions, so when the interview is happening you can be present and truly listen. “I love interviews,” she said. “I’m never ‘conducting’ an interview; I’m experiencing a deep connection.”

Pollard doesn’t recommend pre-interviewing, or at least not asking the questions that will be asked onscreen, as some of the life can then go out of the recorded answers.

Pollard stressed really listening to his subjects, and the importance of maintaining eye contact. He likes having a good line producer or associate producer behind him, so after the interview he can check in and see if they jotted down notes of something that was missed while Pollard kept engaging with the person on screen. Pollard uses 3×4 cards with notes, as opposed to larger paper, so there isn’t a deadly silence while he is checking his notes. Awkward silence can be a tool as well, and when applied with tact Jacobson said it can often be the best question: “People will tend to fill that silence.”

Part of the art of the interview is making the subject comfortable and enabling them to come across onscreen as human. If Pollard notices someone is distressed he’ll walk over and bend low, and thank her or him sincerely for sitting down to talk. As a way to disarm subjects, Jacobson uses self-deprecating humor. Radwan shared that The Final Year director Greg Baker stayed physically close to his subjects, and didn’t treat them by their function — even if that was the President of the United States — but as people.

Interviews are conversational… but not. Jacobson calls her connection style “’expressive listening’… I’m not speaking but I am connecting.” For Jacobson, this can involve making huge exaggerated facial expressions and pointing dramatically at herself to remind the subject to maintain eye contact with her.

Some normal social cues or human traits aren’t good for film. Jacobson recalled during one of her earlier interviews the subject started tearing up, and Jacobson instinctively offered comfort and changed the topic to avoid him getting emotional for the rest of the interview. It was a learning experience for her, as of course having emotional material could have made a more powerful interview, and now she handles such situations by telling her subjects ahead of time that they can stop the interview at any point based on their comfort level.

All three filmmakers agreed that while you can ask a person to repeat the question, if they don’t put that into practice let it go. “You can only ask once or twice and then you risk getting no material if you keep asking,” Jacobson said. “The editor will deal with it.” If the conversation is going off track, find some reason to re-start: drop a pen, or cough. Jacobson suggested the polite re-orientation: “I totally love what you are talking about and I could talk about it for hours, but what I wanted to ask you was…”

Radwan offered reflections on the craft of lensing an interview. “There are trends, like lenses, and the sense that everything has to be out of focus… as a DP, everything comes back to story, and what best fits the film.” As a storyteller, Radwan is not a fan of the two-camera interview. While it gives the editor two angles to cut between, as Radwan put it, “with one camera as the DP you have to really listen. You try to change size to give the editor something, and that catches a beautiful texture.” She believes two camera set-ups are impersonal: the lights are set for two angles, and there is a lot of gear. When asked about shooting 4K and punching in during post, Radwan replied, “with a 4K punch in you’re losing the craft, the specialness [of camerawork].”

After an interview is complete, Jacobson asks the subject “is there anything I haven’t asked you that you thought I would ask?” She also checks in with the crew if anyone has a question. “The DP and soundperson didn’t do the prep,” she said, “so they sometimes ask a question that is the best question… you may not be the smartest person in the room!” Radwan added, “As DP I don’t have the insight the director does, so I’m kind of the first audience.”

The main takeaway from these humans who work as filmmakers is to treat the people you are interviewing as humans too. “Don’t be all in your head, thinking ‘I’m so smart,’” recommended Jacobson. “Who cares? Just be a person and be really present.”