“People Always Laugh at Me for Pulling out a $1,000 Camera to Shoot Alongside an Alexa”: DP Sam Chase on Paint 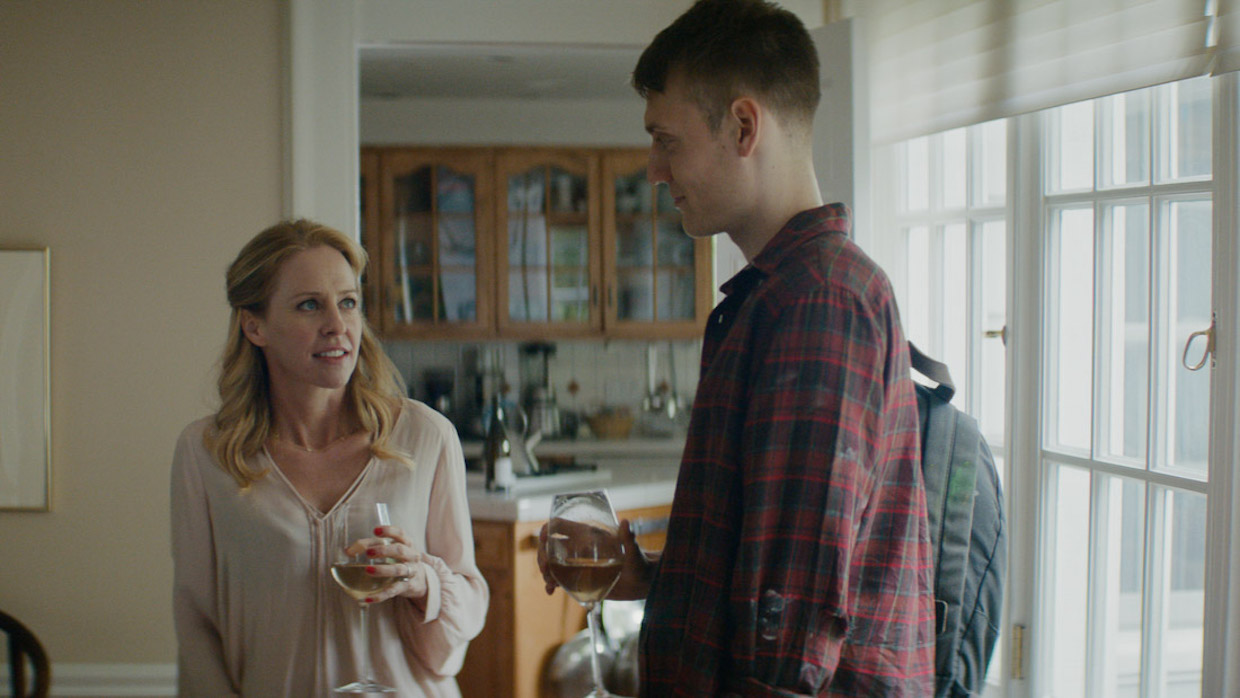 Writer/director Michael Walker returns to the Sundance Film Festival for the first time since Price Check, his 2012 comedy/drama starring Parker Posey and a pre-fame Amy Schumer. His new work, Paint, is an episodic series about three young artists living together in Brooklyn. Walker tapped Sam Chase to shoot and coproduce the series. Chase previously shot Price Check along with more than 25 shorts, features and series. Below, he discusses his love of the Black Magic Pocket Camera and why Hangover 2 is the work of a “coverage and lighting genius.”

Chase: Michael and I have been friends and collaborators for many years beginning with his 2012 Sundance premiere, Price Check. Mike had told me a bit about the script as he was writing it and sent it over when he’d completed FOUR or so episodes. As soon as I read the pilot I was completely hooked. I offered to jump in to produce and shoot it on the spot.

Chase: My main goal in terms of the cinematography was, as always, to set the stage for the story. Although the story is set in the present Mike and I really wanted to create a New York that was more mid ’80s through the ’90s in its tone than the somewhat cleaner version of itself that New York has become. We wanted some grit and some funk but without feeling nostalgic or forced. I also wanted to provide Mike with a shooting environment that was conducive to freedom in the performances and maximized roll time on a very tight schedule and budget while still delivering imagery that could live up to a piece that’s wholly about a group of artists. Generally this is a tall order but it all came together beautifully. We really found a great balance that ended up even better than we’d hoped and I’m extremely proud of what we accomplished. It’s also worth mentioning that I felt very strongly about shooting this anamorphic for two reasons. One, because I think the format plays wonderfully with ensemble dialogue driven pieces with three or more principals. Two, because it’s such a strong and formal aesthetic, I knew it would play great against the improvisational approach to the largely handheld operating and coverage.

Chase: Absolutely. We looked at a lot of reportage photography of artists and musicians in New York during the ’80s. In particular I looked at a lot of Nan Goldin’s work from that era, which immeasurably helped me develop the tone. I also looked at a lot of Mary Ellen Mark’s work from the Streetwise days both because it has great aesthetic and storytelling and also because she was just the best. We also took a lot of inspiration from some of the great TV that’s out there these days like Atlanta, Fleabag and Transparent. Lastly, whenever I shoot anything remotely comedy-driven in widescreen (2.39), I’m always inspired by the work of Lawrence Sher. A lot of folks laugh at me when I say the words Hangover 2, and I know it’s not what many would consider serious cinema, but just watch it with the sound off. He is a coverage and lighting genius.

Chase: The two that probably every single piece at Sundance share: Lack of money and lack of time.

Chase: I shot anamorphic on Panavision G and Panatar Lenes on an older Arri Alexa XT in 2K anamorphic. I have a great relationship with Panavision and Marni Zimmerman helped us immensely by putting together a package that was far in excess of what we could have normally afforded. I chose the Alexa because it’s a proven narrative workhorse. It shoots great images and is in my opinion the most intricately adaptable to subtle color correction on projects that are after nuanced naturalistic photography. It also bears mentioning that our 2nd Unit DP, Bill Amenta, used my PL adapted Black Magic Pocket Camera for pickups and B roll with Super16mm Zeiss Superspeed lenses. That camera is always my ace in the hole when I shoot Alexa. It’s color science matches the Alexa beautifully and it’s just an incredibly great looking camera despite the fact that it’s the size of a pack of cigarettes. I’ve used it on all kinds of projects, even on a $30 million movie. People always laugh at me for pulling out a $1,000 camera to shoot alongside an Alexa, but it really is a remarkable little thing.

Chase: As a DP with some years under my belt in a lot of different circumstances, as well as a former gaffer, I have many approaches to lighting. That said, on this particular project my approach was very straightforward: Utilize available light, and light spaces not faces. I knew that the only way that Mike and I would make this schedule was to utilize locations that provided good existing light and enhance it not fight it. We knew we wanted it to feel real so we just needed to be extremely picky about the locations we chose and the time of day that we shot them. We shot in lofts and houses with lots of windows and timed our days for mostly indirect light, and we chose our bar based on the right look, yes, but also the amount of dusty old Christmas lights they had already hanging. We also chose spaces that had funky old fluorescent fixtures. Our AD Laura Klein was instrumental in helping us get our schedule right to maximize the best time of day. My gaffer was also incredible at tastefully enhancing but never overpowering what was already going on in our spaces.

Chase: Technically there weren’t a lot of challenges on this one. We were prepared and the material called for good storytelling not camera acrobatics, so I think we were even surprised by how well the shooting flowed. That said the biggest challenge was working in scenes where there were a lot of moving parts talent wise. The scene in Kelsey’s loft – I’ll call “the next morning” so as not to give too much away – had four actors moving through different rooms with a lot of dialogue and a lot of blocking. There was just a lot going on, and we only had about two hours to shoot it, which we did with flying colors.

Chase: The soul of the looked was baked in. I’ve long been a dabbler in color and had built a really great LUT which we monitored throughout shooting, and my amazing DIT Guillermo Tuñon massaged and improved throughout shooting and transcoding. We were all very happy with the look before color-correct and there was a lot of positivity surrounding the look in the offline phase. That said, we headed over to Company 3 to work with one of my favorite colorists, Tim Masick, and as has happened so many times in the past he took the soul of it and made a series of nuanced tweaks that just created magic. Tim has so much respect for the intent of the material and despite his voluminous talent brings very little ego to the table. He’s a true artist.