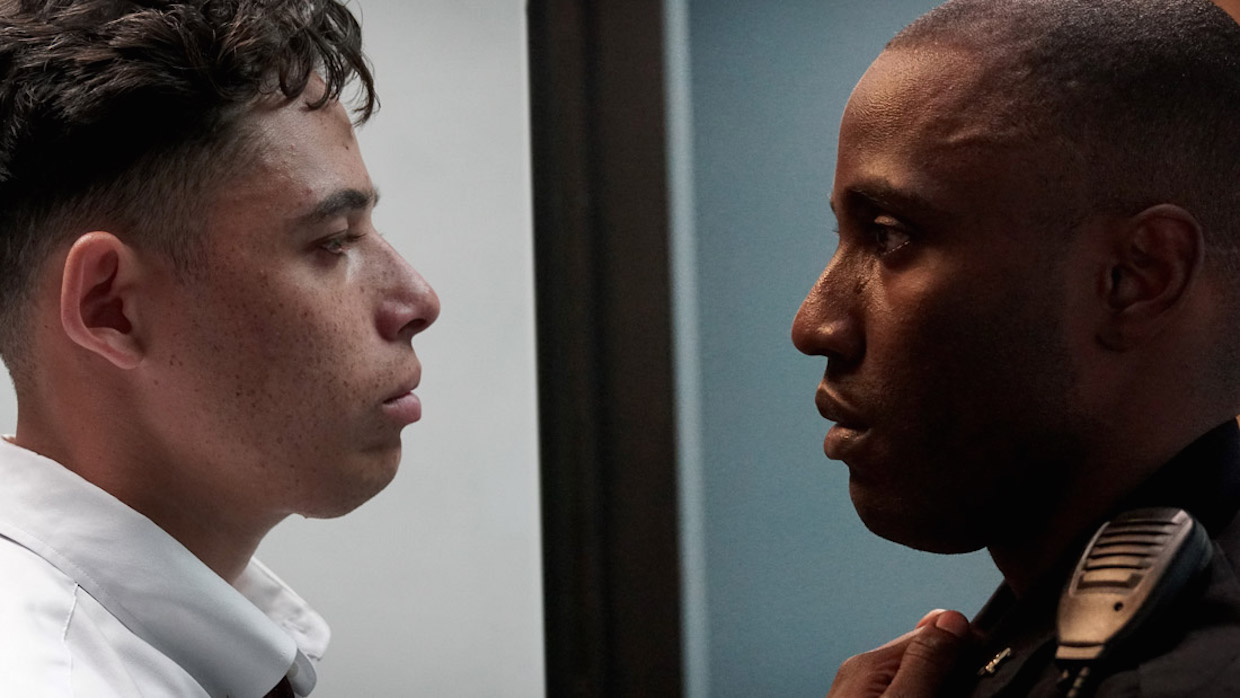 I’m a zero-inbox kind of guy. I can’t have widget notifications on my phone, they drive me insane. So, in general, I like to get ahead of things before they get ahead of me. As Negro Leagues pitcher Satchel Paige said, “Don’t look back, something might be gaining on you.” I’ve always attributed that quote to me chasing my own shadow. I guess I can never get bored that way. It keeps me insanely chasing my own tail, pushing myself to the limits and most times, beyond them.

I grew up playing competitive sports — baseball and football — so I have a genuine love for the game. There’s something that goes beyond passion, is something inherent in being an athlete. That feeling of being on the field; the smell of the grass, the feel of the seams on the ball, the sound of the spikes in the tunnel. I need to feel in order to create, and it comes both from a place of deep emotional pain, and sincere and utter joy. This is where Monsters and Men comes from.

So to the chaos. I have a three and a half year old son. Everything else is sort of laughable. My wife and I tease each other all the time about it. I can’t get him to sit down for two minutes but somehow we managed to convince a thousand people to make a movie with us — countless hours of commitment, focus and dedication. That to me is insanity.

The bulk of the chaos of making this film really came from being a parent, and trying to balance my personal life over the lifespan of the film. The shooting of the film was really a relief compared to the years of trying to get it made. There were long stretches of no money, promises to my family that it was going to happen and the begging to them to remain patient. I’m still begging.

The film required many hours away from the house, and even when I was home, my head was oftentimes glued to a script or an email about the script or something related to the film. It must’ve driven my family insane. It certainly has not been easy, but it’s also what keeps me motivated.

Life doesn’t stop because you have something important to do. That’s when everything seems to ramp up. My son needs to be dropped off regardless of whether I had an overnight shoot or not. There’s no measure for the insanity of parenting — but there’s equally no measure for the joy it gives me. There’s no greater gift on earth. Without that pressure of needing/wanting to provide, I would probably still be staring at the blank screen, thinking about writing. I have to write. It’s my livelihood.

I was able to overcome many obstacles because of the incredible support from my crew and cast. On the crew side, my producers became family. Literally. I’ve inherited seven brothers and sisters. They were extremely nurturing and supportive, and I welcomed their support with open arms. My cast was incredible. I feel lucky to have worked with such a wide range of talent – with incredible depth. It was one of those rare filmmaking experiences where things just clicked. People got along. Friendships were forged. It was truly special.

My endurance was certainly tested — it felt more like training for the Olympics than a yearly championship. From script to screen has taken about two and half years, which in movie time, is actually pretty fast. But that’s still two and half years of grinding every day, full throttle, and with an incredible amount of support.