Inexplicable Traces: On the Beautiful Epiphanies of Mark Pellington’s Nostalgia 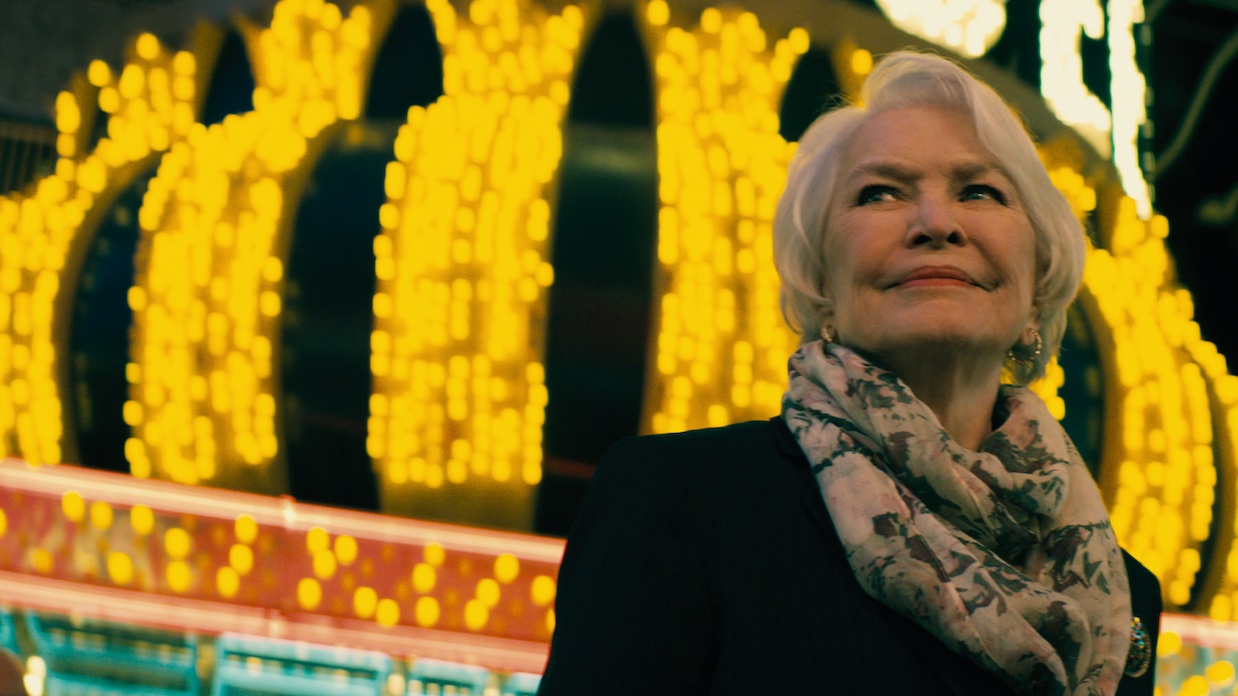 Mark Pellington, along with David Fincher and Mark Romanek, began his filmmaking career in what might be called MTV’s heroic age. After a series of music videos, which include Pearl Jam’s “Jeremy,” U2’s “One” and R.E.M.’s “Drive,” he made two skillful, flashy, mid-sized star-driven studio thrillers — Arlington Road and Mothman Prophecies. Over the last ten years, a succession of his indie films have all dealt in sometimes comic, sometimes melodramatic terms with people trying to manage death.

Alex Ross Perry, perhaps at one point associated with the mumblecore movement, whatever that exactly was, has for the last eight years, been working on micro budgets even tinier than Pellington’s. He’s written and directed four extraordinarily compelling dark comedies involving unusually smart, articulate characters who tend to, somewhat casually, cannibalize each other.

Pellington is an expressive visualist, and even on small budgets he has gone for and achieved some spectacular effects — colors that pop and a propulsive use of montage — while working with big, extravagant, sometimes frantic emotions. Ross Perry’s work is cooler, more cerebral, with an undeniable if ingenious element of cruelty.

Neither one has been burning up the track commercially, though both have their dedicated if not fanatic fans.

Pellington approached Ross Perry with a notion for a feature, suspecting that the latter’s gifts as a writer might both enrich his idea and mitigate his propensity for excessive sentiment. The resulting film is Nostalgia. It is, in my opinion, wholly remarkable.

Nostalgia’s plot is difficult to summarize: the film is not normally centered on a main character or two in explicit conflict with one another. Nor is it a reassuringly regular ensemble with clear setups and predictable payoffs. The film concerns itself with five serendipitously connected characters and their assorted family members of secondary importance. All are compelled at a moment in time to mourn the loss of what they have come to value most. Sometimes it’s a house, sometimes it’s a tiny physical remnant or memento, sometimes a loved one.

Two of the central characters are in the business of reckoning with mortality as a professional career matter. One, played by John Ortiz, is an insurance claims adjustor, whose job it is to evaluate the value of objects for wills and estates. The other, played by John Hamm, traffics in valuable sports memorabilia.

Two more, played (superbly) by Bruce Dern and Ellen Burstyn, are old enough to literally see death coming for them as they are forced to make final economic decisions about their property and possessions. In Dern and Burstyn’s casem talking both to themselves and others about what old objects have meant and continue to mean to them is literally what remains to be done with the rest of their lives. Catherine Keener plays Hamm’s sister, and she must make similar decisions in the midst of an unforeseeable mid-life crisis. Few of these characters are directly connected to each other in time or space. People enter and disappear, are seen briefly out of the corner of our eye, without the storytellers always deferring to our habitual ways of investing in onscreen characters.

The plots of many films end with a meaningful loss that gives significance to all the action that has preceded it. Nostalgia starts with this kind of loss and then varies the pattern of experiencing it in small but excruciating ways. With one significant exception, all the “events” in these characters’s lives have happened years, in some cases many years, before we meet them. Reflection, meditation, speculation about what one’s life has meant, and has left to mean, becomes therefore almost the entire action.

In a cinematic universe dominated by super-sized tentpole comic book films, where spectacular world-threatening violent set-pieces occur at ten-minute intervals like clockwork, Nostalgia is a total anomaly, with its patient, ruminative, elegiac tone and its virtually total reliance on dialogue and faces. This is hardly a virtue in and of itself but Ross Perry and Pellington made it one by utilizing the quiet as a platform for an elliptical, mosaic-like pattern of epiphanies and revelations that gradually explode with their own violent unpredictability. The film fixes on objects, accumulated possessions as symbols of human existence, objects that, it turns out, have a strange permanence beyond the bodies and lives of those who possessed them. Even when ruined or lost, they leave inexplicable traces that have a trajectory we can’t always comprehend or foresee. The perplexity that Dern and Burstyn face about how to manage such objects at the end of life comes to symbolize a universal and omnipresent mystery of disappearance that is as much about daily living as it as about death.

Pellington has scrupulously set aside all visual hyperbole and assertive editorial mannerisms in Nostalgia, trusting the actors and Ross Perry’s offbeat dialogue rhythms to speak for themselves. But even with this being so, the lighting and composition are remarkably sensuous and compelling. Indeed it’s hard for me to think of a dialogue-driven domestic drama by an American filmmaker as beautiful as Nostalgia. And this beauty, paradoxically, serves to underscore the way that certainty and control must inevitably elude each of the characters’ grasp as they encounter certain ultimate questions. Finally, the characters step back from illusions of control, and realize, around the same time we, in the audience, do that they must simply endure.

(Full disclosure: I have been working on an as yet unproduced screenplay with Mark Pellington for the last ten years. It’s no matter. This movie is terrific.)