The Art of (Not) Compromising: DP Sean Porter on When and How to Hold Your Ground 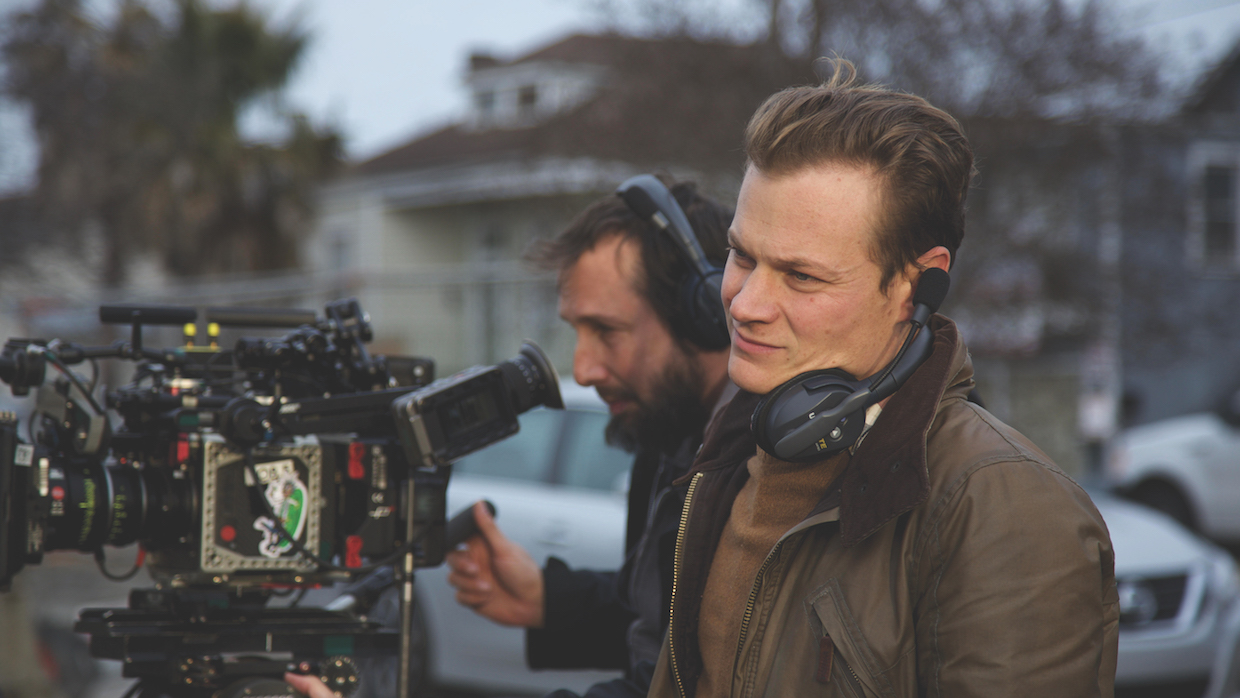 For those of you following along, I had intended to continue my interview series on parenting — and had some cool interviews with people like Rachel Morrison (before she was nominated, OK?) — but Filmmaker, with its abundance of (truly) great interview features, politely requested I stay with my format, so you’re stuck with yours truly. Now, where was I?

Oh yeah. Speaking of compromises! That’s yet another topic I’d love to hear other DPs talk about, but they don’t. So, instead, one of my favorite pastimes is getting my DITs to tell their stories. (Hint: they have good stories.) If you’re working with a DIT worth their salt, they’ve probably sat with much bigger DPs than you, and they get as close to the action as anyone, sometimes right in the middle of it. My DITs know more about my habits, diet, idiosyncrasies, what pushes my buttons than my wife — on set, anyway. On my last film, I asked my DIT about how some of his other DPs deal with compromise — how did they handle disagreements with the director? Of a very well-known and respected cinematographer, he said, “He and the director went toe-to-toe, every day.”

Oof. Maybe I’m a wuss, but I couldn’t do that. Generally, I don’t thrive artistically in a space of tumult. I want my directors to be happy with the work — and how we got there — as much as I am. When there’s a compromise to be made, honestly, I’m usually the one to take it on the chin. There’s a time and place to argue for artistic integrity, but it takes two to tango. You may as well be fighting a brick wall if your director doesn’t see why you care so much about getting the right wedge of light kissing the background because she’s fighting a slew of other issues that you’re simply not privy to (like her upset actor who got the wrong sides that day). Here’s a few tips to help get through a shoot with fewer bruises.

Your rules were meant to be broken, too. All hail post-rationalization! Sometimes (OK, most of the time), your confinements dictate your artistic choices, time and money being the most powerful of those confinements. Remember how you said you weren’t going to use a Steadicam on this show, ever? Then you ran out of time. You developed a visual arc using the colors of streetlights in the background of your night exteriors — and then you ran out of money or the location died. Well, have no fear, because part of the Ao(N)C is justifying those moments and getting the most out of them. And sometimes those moments become more meaningful — because rather than trying to hastily cover up the discrepancy, you’re celebrating it.

One of my favorite such moments was a long time ago on a low-budget music video. The look was built around pools of light, and during one sequence we dollied along with a dancer, covering a good bit of distance. I had originally wanted her moving in and out of pools of light, but we couldn’t afford that many large sources. My gaffer suggested we mount one large unit to the camera dolly and “bring the pool of light” with us. At first I thought it was gimmicky, but ultimately it was my favorite sequence. On my last film, in the case of my elaborate streetlight scheme (which wasn’t that elaborate: sodium represented security and mercury represented danger), at times I was forced into locations where we couldn’t change the existing lights, so I added some of the other color to create an uneasy mix where one played dominant, which I could rationalize for the scene. Some of those unintended mixes are my favorite exteriors.

To B or not to B(cam). One area where I feel I’m compromising more and more is the use of two cameras. I’ll admit I come from the old (maybe just low-budget) model, where one camera was the way to superior storytelling. There was more focus on the frame because there was only one to look at! You tend to get more accomplished with every shot and work more economically in general. For some DPs, it’s one of their rules (see above). Allegedly, DP Shelly Johnson, whose CV includes Jurassic Park III and Captain America: The First Avenger, doesn’t work with two cameras — refuses to. An AD recalled, “He said he moves as fast with one camera as most do with two… and he did!” I suppose when you have that kind of body of work backing up your mandates, it’s easier to get people on your side. For the rest of us: if your director comes from TV or comedy and you tell them you’re determined to use only one camera for their show — to better the artistic integrity of the film — best-case scenario you’ll get some funny looks. Worst case, you might get replaced. Makes sense: They’ve been making work as long as they have getting “more” during every take — that doesn’t seem much of a compromise from a director’s point of view. On my last film, this topic came up and we settled on the rule (again, see above) that we’d set up A-camera and, if B could step in without compromising A or being heavily compromised itself, we’d roll. Did it eventually lead to compromising camera placement and lens choice so we could make B work? Yes. Did that eventually lead to cross-shooting some scenes? Yes. Did shooting that medium on a 40mm three feet further away, instead of a 35mm, ruin the scene? Probably not. I try to temper those small deaths based on how we’re doing. If I’m ahead and truly think it’s important, I feel like I’ve earned it, and I’ll tell my director, “I’m sorry, I can’t get these at the same time.” Because I’m not playing that card on every setup — and because we’re not up against it — they trust that I’m doing it for good reason. More and more, I actually prefer to use two cameras, whether it’s to leapfrog setups or (god forbid) cross-shoot an emotional moment between two actors. I find with two cameras at our disposal the director and I can usually get our cakes and eat them… both.

Seek out your allies. A lot of compromises, I find, are a result of not getting the right information to the right people at the right time. I once tried to explain to a director that I’d want to shoot my exterior scenes at certain times of the day, and without indoor cover sets we could end up with gaps in our day and/or heavily compromising the look. Not coming from a particularly image-driven filmmaking background, my director didn’t understand and got rather upset with me for suggesting that I’d be so stubborn as to “demand when we’d shoot certain things.” “We’re shooting all day, the whole day,” he said. “This isn’t one of your independent films.” I realized quickly that while he may have missed my finger for what I was pointing at, he wasn’t the right person to be having this conversation with — my AD was. I spent a lot of time in prep working out the schedule with him to take best advantage of locations and the time of day I wanted — sometimes even making some instinctual, last-minute decisions based on weather. My AD had my back, and when it was all said and done, I almost never compromised on my exterior work, and my director didn’t need to know or care. He showed up where the call sheet told him to, and we always had something to shoot.

Filmmaking is inherently a practice in compromise. My last AD said, “At call, we’re already two hours behind.” Not to be taken literally, of course, but it’s a way to brace yourself for the storm of issues that inevitably plague a shooting day. Remote heads are going to stop working, and construction crews are going to show up out of nowhere. Yelling at your crew, the AD or your director is unlikely to change things for the better. It amounts to something bland like “if life gives you lemons…” but on an epic scale. Having your director’s back through the rough of it — and knowing when to step back, shut up and “do it their way” — will likely garner trust and convey the message that you aren’t interested in sabotaging their work for the sake of your own.

Knowing how hard it is to keep your own bar up, I find it beneficial to have other departments close to the DIT cart. I want to know from hair/makeup/art/costumes what issues they are having and how I can sneak in fixes with blocking, lighting or a camera angle — because if what’s on screen is compromised, then so is my photography.

“Swearing was invented as a compromise between running away and fighting.”