Letter From an Unknown Filmmaker 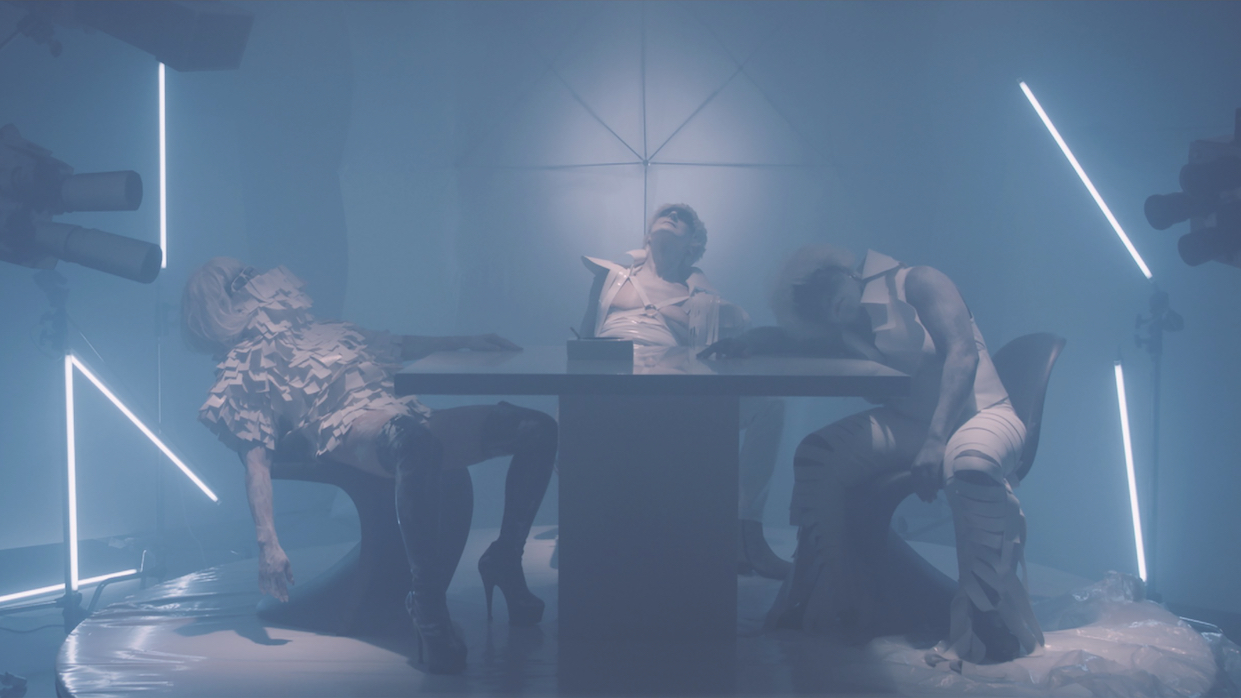 Hustler & Empires, courtesy of the filmmaker

It was 1995 when Filmmaker and I were first introduced. At that time, my documentary BloodSisters was on the festival circuit, and the producer Henry S. Rosenthal called me to let me know that the latest issue of the magazine featured a picture of me with Jennie Livingston. Then he solemnly said, “You’re not going to be happy.” I ran out to get a copy — thrilled that I was in Filmmaker — and as I stood there furiously thumbing through the pages my elation quickly turned to defeat. There I was in a photo with Jennie and another person, and in the caption below everyone’s name was mentioned except mine. I was listed as “unknown filmmaker.” Ouch. So, I did what any young, aspiring filmmaker would do: I immediately faxed over an insanely long letter, followed by an even longer 10-page résumé, letting the folks at Filmmaker know that I did indeed have a name and an identity.

A couple of years later, I moved to New York and began writing for Filmmaker, where editor Scott Macaulay and publisher Karol Martesko-Fenster often joked about the day when this mile-long fax came streaming into the office.

As I carved a path through the worlds of independent film, art, journalism and academia, this label of “unknown filmmaker” was indicative not only of my outsider status but of a time when there was little crossover between the art world and the independent film world. Certainly, I was and still am an “unknown filmmaker,” but the fact remained that I had an identity that didn’t neatly fit into any one box as an artist dealing with transgressive material on the margins of social acceptability. Feeling the sting of erasure, I was fighting for representation, having to consistently define who I was.

BloodSisters brought me a lot of attention. It certainly wasn’t a great film, maybe not even a good film, but it opened a window to a queer community that had been on the margins, outcasts within the outcasts. It represented a group of fierce feminists whose stories were being presented on screen for the first time, and for that reason, it was important. But each time I was interviewed, the journalist had the same exasperated question for me: “What are you? What should I call you? Are you an artist, a filmmaker or a writer? Do you make documentary or experimental? I need a label to give to my editor!”

I was a /slasher/. A poly-hyphenate. Artist/Filmmaker/Writer/Performer/Photographer. Even in the mid-1990s there was no place for the poly-hyphenate. No precedent. You were the freak. The outsider. The troublemaker. But thankfully, computers changed all that.

Looking back 25 years, there were few examples of filmmakers whose work crossed both the film world and the art world and, more important, whose work was considered significant in each arena. There was Chantal Akerman and Beth B (both great inspirations to me), later followed by Isaac Julien and Matthew Barney. Filmmaker was the only publication at that time that brought these worlds together. The first article I wrote for Filmmaker (Winter 1997) was an interview with director Kirby Dick on his film Sick: The Life and Death of Bob Flanagan, Supermasochist, an intimate portrait of the artist Bob Flanagan and his partner Sheree Rose. In the years that followed, I wrote festival roundups on the New York Underground Film Festival, and in 2002, I was asked to write a first-person article about performing in Peggy Ahwesh and Bobby Abate’s experimental feature, Certain Women.

I came across a 2001 Filmmaker article by Stephen Gallagher where filmmaker Kutluğ Ataman said, “The last thing I wish in the film world would be that they discover I am also an artist. In the present ‘let’s get rich as fast as we can, fuck the art house’ environment, I think I would lose all chance of getting my projects produced. So I separate them. One is my day job, and the other is my night job.”

This has been our struggle. Being forced to compartmentalize our forms even though it’s the content that unites us.

But luckily, things are finally starting to change. The Rotterdam International Film Festival keeps expanding their art installation section, SXSW has always combined music/art/film, and in 2007 the Sundance Film Festival created the New Frontier section with a focus on multichannel installation. Artists like Laura Parnes, Katy Grannan, Steve McQueen, Apichatpong Weerasethakul, Elisabeth Subrin and Narcissister are all people who show in galleries and make independent films. And this is a short list. Over the years, my work has shifted from single-channel experimental films, to documentary, to performance, to large-scale multichannel installations, but the content remains the same — exploring the complicated terrain of sexuality and queerness.

BloodSisters put me on the map, but not necessarily in the place I wanted to be. For those of us whose work defies easy categorization, the map is a shifting pattern of forms and opportunities. And with every project I still try to blur the lines between art and film because, to me, they are the same thing.